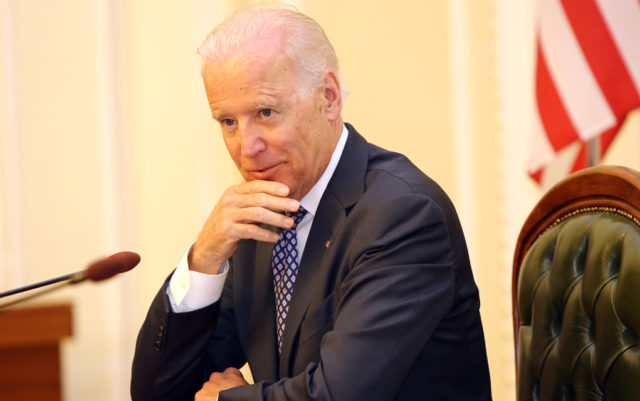 If the war on drugs was a real war, Joe Biden would be a war criminal.

That may seem harsh, but Biden, who is increasingly portrayed as the Democratic Party’s great white hope, has one of the most execrable records of any American politician, living or dead, in the war on drugs. When it comes to drug policy, he is not the kindly, quirky “Uncle Joe,” as a lot of media likes to portray him.

During his time in the Senate, Biden was not just a cheerleader for the war on drugs; he was one of its principal architects and legislative enablers.

A few weeks ago, David Bienenstock wrote a devastating summary of Biden’s contributions to the drug war on the Leafly website under the headline “Joe Biden’s Drug War Record Is So Much Worse Than You Think.”

For openers, Biden originated the idea of a “Drug Czar,” who would preside over a cabinet-level office to coordinate the war on drugs. According to Bienenstock, Biden even coined the term “Drug Czar” in an October 1982 New York Times interview.

He then spent the next seven years working with the Reagan administration to turn the idea into reality; Congress voted overwhelmingly to open the Office of National Drug Control Policy (ONDCP) in 1989. Within a couple of years, the Office’s budget ballooned from $717 million to more than $8 billion as it embarked on a massive enforcement and incarceration campaign.

(The first “Czar” was William Bennett, who had served as Secretary of Education in the Reagan administration. He still hasn’t achieved room temperature and is still trying to recriminalize marijuana.)

In 1996, Biden voted for a bill that banned the Drug Czar’s office from funding “any study or contract relating to the legalization” of marijuana and directing it to “take such actions as necessary to oppose any attempt to legalize the use of a (Schedule I) substance…” (Marijuana is classified as a Schedule I controlled substance.)

What this boils down to, Bienenstock wrote, is that “no matter how much evidence piles up showing that the benefits of legalization far outweigh any potential harms, the Drug Czar is required by law to lie about it. Which they have all done.”

In other words, Biden voted to turn the ONDCP into a lavishly funded national office of propaganda for the war on drugs. And 23 years later, it’s still at it.

Biden’s 1994 Violent Crime Control and Law Enforcement Act led to the massive racial imbalance in incarceration for drug offenses. In the last few years the fact that blacks are four times more likely to go to jail for marijuana offenses than whites has received a lot of attention. But a similar disparity exists in sentencing for cocaine offenses.

Crack was the favored form of cocaine in black neighborhoods. The result was a massive imbalance in the amount of time served for cocaine offenses between black and white dealers. And that in turn, led to a massive expansion in the for-profit prison industry.

The views of a lot of politicians have “evolved” on marijuana legalization and the war on drugs generally. In Joe’s case, not so much. He is the only Democrat presidential hopeful who is still on record as opposed to marijuana legalization, and he still believes marijuana is a gateway drug. According to the Marijuana Moment website, he recently participated in a forum on the opioid crisis during which he applauded an anti-marijuana rant from another participant.

Since 1965, more than 50 million Americans have been arrested for drug offenses, more than half of them for pot.

It’s a sentiment that another politician who had the sobriquet “Uncle Joe” hung on him would probably endorse. His name was Stalin.