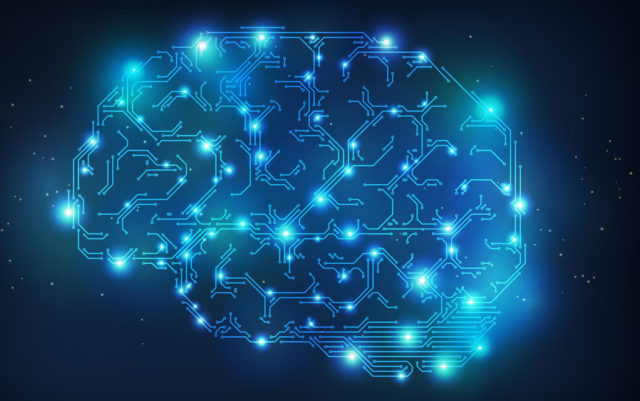 What if you could listen to music without headphones, or ears for that matter?

Elon Musk is working on an app for that.

Tesla and SpaceX aren’t Musk’s only companies. He also owns a small start-up called Neuralink that is working on a brain-computer interface.

According to a story in the UK paper The Independent, one of its first uses, Musk says, will be to allow users to stream music directly into their brains.

He also said the chip implant his company is developing “could help control hormone levels and use them to our advantage (enhanced abilities and reasoning, anxiety relief, etc.)”

The chip Neuralink is developing will be directly placed on the surface of the brain and connected to flexible, thread-like wires that will be implanted into it by a “sewing machine-like” neurosurgical robot.

The process of having the chip implanted will be similar to Lasik laser eye surgery in terms of invasiveness, Musk says.

In the past Musk has hinted that Neuralink’s chip will be able to cure depression and addiction by “retraining” parts of the brain responsible for these afflictions, The Independent wrote.

Work on the chip has advanced to the animal testing stage. Human trials were originally slated for this year, but no details have been made public yet. That may be about to change, however, since more information is due to be released at an Aug. 28 briefing.

This has got to be one of the coolest, and most terrifying, technologies ever contemplated.

Cure addiction, huh? Or maybe take it up to a whole new level.

“Listening” to music that’s directly piped into your brain is cool. Even more cool would be if the system could teach you to play music or to sing with perfect pitch.

And why stop with music? If you could listen to music directly pumped into your noggin, maybe you could get a geometry lesson the same way? And maybe it could be directly wired into your wet-ware without you having to study the subject.

Euclid once told a king that “there is no royal road to geometry.” Maybe there’s about to be one.

And if the system can cure addiction by “retraining” parts of your brain, what else can it “cure” with retraining? Can it erase bad memories? How about memories the government would prefer you just didn’t have? And could they be replaced with memories the government would prefer you did have? That sort of thing used to be called “brain-washing” but no one outside of science fiction thought it could be done with a machine. Up until now.

It goes without saying that if this system even remotely lives up to its promise, it will pose an existential threat to the drug business. The system would allow you to experience every known psychedelic high, and probably a lot no one has ever thought of, without having to take any drugs. And the computer pumping all this sort of experience into you would probably be no bigger than a smartphone. In fact it might be your smartphone.

Musk is into disruptive technologies. This time he may be outdoing himself.