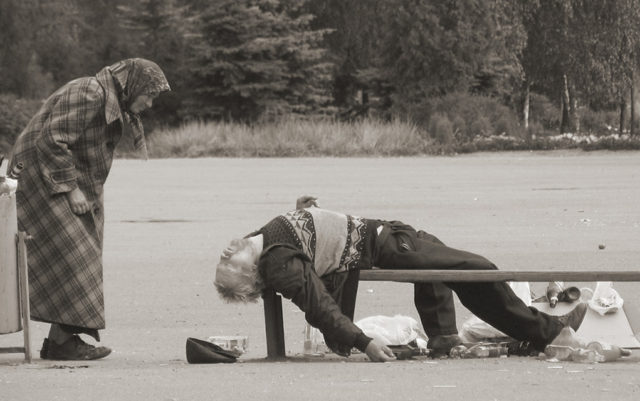 Lately there’s been a steady drizzle of op-eds and blog posts landing on my desk from otherwise sane conservatives — yeah, I know a lot of Boulder libs think that’s an oxymoron — about how awful legalizing marijuana has been.

One in particular stands out. The piece originally appeared on the Ace of Spades website and was written by a blogger who goes by the initials — irony alert here — CBD.

Here’s the paragraph that really yanked my chain:

“It is easy to equate alcohol use with drug use, but society has been exposed to alcohol for a very long time, and while it causes problems, the vast majority of people use it responsibly, in spite of what those lunatics at MADD say. I’ll take the known dangers of alcohol any day over the headlong rush to legalize marijuana and undoubtedly other drugs (emphasis added).”

Here’s just one of the “known dangers” of alcohol that CBD finds less scary than legal marijuana:

According to the 2017 National Survey on Drug Use and Health, 16.7 million Americans over age 12 (6.1 percent of the total population) were “heavy alcohol users” in the past month. Heavy alcohol use is defined as having five or more drinks on the same occasion five or more times a month and is considered an expression of “alcohol use disorder,” or what we used to call “alcohol abuse.”

That makes alcohol the gold standard for deciding if a drug should be banned or legal.

Here are some metrics that should be used in measuring drugs against alcohol — and how marijuana measures up.

How easy is it to get unaddicted? Getting unaddicted from alcohol usually involves a 12-step program like the one originated by Alcoholics Anonymous and is a life-time proposition. Most people who want to quit using marijuana just quit without much fuss, because quitting or cutting back on marijuana doesn’t produce withdrawal symptoms and few if any cravings.

What is the chance of a fatal overdose? According to the Centers for Disease Control, there are some 2,200 alcohol overdose deaths a year. There is no verified case of a marijuana overdose death.

How likely is it to cause user violence? According to the American Addiction Centers’ Project Know website, about 3 million violent crimes occur in the United States each year, and of those, “35 percent involve an offender who is drinking at the time of the offense.” Two-thirds of the victims of domestic or partner violence reported there had been alcohol involved. There is very little violence associated with marijuana use; stoners who get ripped are more likely to fall asleep than get combative.

Neo-prohibitionists are throwing out all sorts of claims about legal marijuana’s alleged harms, everything from escalating emergency room visits, traffic accidents, learning disabilities, hallucinations and violence. The questions they should be required to answer, but are rarely asked, are: How do the harms — real, imagined, and theoretical — caused by marijuana compare with the known harms caused by alcohol? Are marijuana harms — real, imagined and theoretical — increasing because of legalization or is the reporting of marijuana harms increasing because of legalization? And how will continued prohibition of marijuana prevent them when it has already failed to do so for more than 80 years?