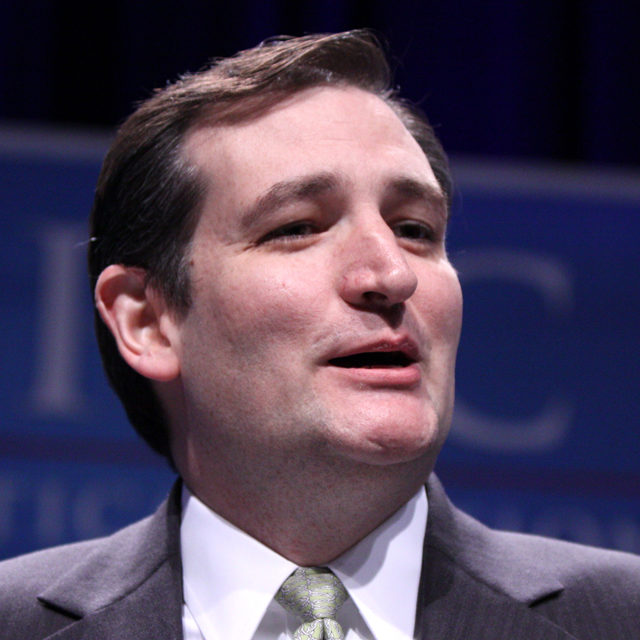 A piece on the Marijuana Moment website by Kyle Jaeger sketches out how pot (and other drug) legalization is increasingly shaping the race.

O’Rourke has made marijuana legalization a major plank in his campaign platform. He wants to end marijuana prohibition at the federal level. He also supports expunging the criminal records of people who have been convicted of non-violent marijuana offenses.

And as a Congressman he has supported several proposed marijuana reform bills in the House, including measures that would expand marijuana research, increase access to medical marijuana for veterans, and prevent federal interference in states that have legalized recreational or medical pot.

He was the lead sponsor of a bill that would repeal a law that reduces highway funding for states that don’t automatically suspend driver’s licenses for people convicted of drug offenses.

For his part, Cruz has been on record since 2016 as supporting the right of the states to decide on whether marijuana should be legal without federal interference. However he also says he wouldn’t personally vote in favor of legalization in a state referendum.

While campaigning in Colorado for the Republican presidential nomination in April 2016, he said: “The people of Colorado have made a different decision. I respect that decision.”

While he has taken a federalist approach to marijuana, he hasn’t signed onto Colorado Senator Cory Gardner’s bill to keep the federal government from enforcing the anti-pot provisions of the Controlled Substances Act in states that have legalized recreational or medical pot.

Cruz is also running an attack ad accusing O’Rourke of favoring the legalization of all drugs.

“With opioids ravaging so many American communities, Congressman Beto O’Rourke’s radical resolution to legalize all narcotics — including heroin and other deadly opioids — is looking worse and worse all the time,” Cruz tweeted.

Cruz’s charge stems from an amendment to a 2009 El Paso City Council resolution on curbing violence near the U.S./Mexico border that O’Rourke had sponsored while he was a council member. The amendment called for considering an end to drug prohibition as one of the options for curbing the violence.

O’Rourke’s supporters counter that calling for consideration of ending drug prohibition is not the same as supporting it.

In his 2011 book Dealing Death and Drugs, O’Rourke wrote that the amendment was “artless, and even inaccurate” but that “it got the point across.”

“I knew we were addressing a taboo topic, one that conventional wisdom dictated that only potheads, hard-core libertarians and political suicides ever brought up,” he continued. “But I also knew that Juarez (the city across the border from El Paso) had gone beyond the pale and it was time to place all options on the table, even those that had been unthinkable, for me as well as others, just a year ago.”

Polling has shown the race between Cruz and O’Rourke to be close, with O’Rourke trailing Cruz by four points in an average of polls.

The race could well be decided by Hispanic voters, who usually trend Democratic. But many Hispanic voters are also socially conservative, and Cruz received substantial Hispanic support six years ago.

As is the case nationally, those arrested for marijuana offenses in Texas are disproportionately Hispanic (and black), so O’Rourke’s call for expunging the criminal records of non-violent pot offenders is probably resonating in those communities. Cruz’s attempt to characterize O’Rourke as personally favoring legalization of all drugs is probably intended at least in part to shore up his support among socially conservative Hispanics.

Marijuana isn’t the centerpiece of the campaign, but it could be the issue that decides a close election. And, conceivably, which party will control the U.S. Senate.