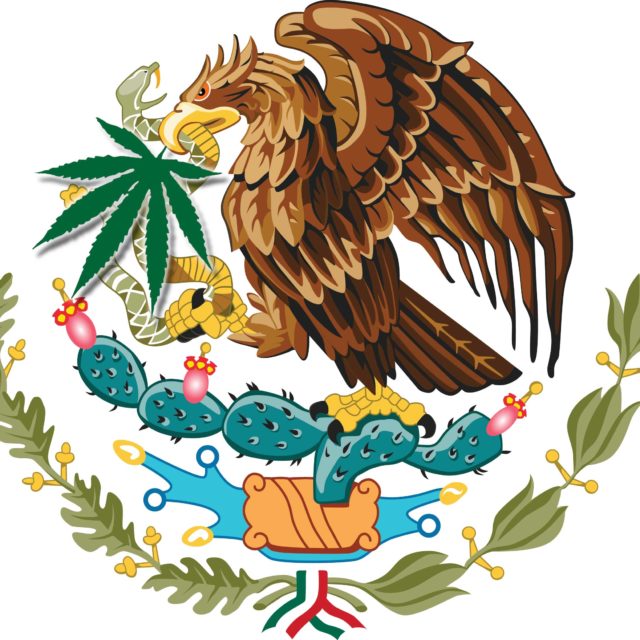 Wow! This is huge.

The possession and use of marijuana is now legal throughout Mexico. Bang, dead, just like that.

On Oct. 26, the Mexican Supreme Court ruled that the country’s ban on consuming marijuana was unconstitutional.

As a result, marijuana possession and consumption is now legal in the only two countries that share common borders with the United States. And due to pot legalization in Alaska, Washington state, Oregon and California, it is now possible to drive from the Arctic Circle to the Mexico-Guatemala border without being in a place where you can’t legally inhale.

As a result of the ruling, the Mexican government must now amend policies that contradict the court’s constitutional interpretation. Within days officials with the incoming administration of President-elect Andres Manuel Lopez Obrador, which will take power on Dec. 1, said their government will do just that.

According to a story by Tom Angell at Marijuana Moment, the first step will be for the Mexican Congress to repeal the now-invalidated criminal statutes against pot.

After that, according to Senator Olga Sanchez Cordero, “we are going to take a step forward in the regulation that may already involve the production, marketing and distribution of marijuana.” Sen. Sanchez Cordero is expected to become interior secretary in the incoming government.

Mario Delgado, a leader of Lopez Obrador’s party in the country’s lower house, the Chamber of Deputies, said that he would support the marijuana reform legislation.

Under the Mexican constitution, a law can’t be declared unconstitutional until the Supreme Court has struck it down in five separate cases. On Oct. 26, the court ruled in the fourth and fifth cases. It then issued a “jurisprudential thesis” that makes the rulings the supreme law of the land and binding on all lower courts.

No such right appears in the U.S. Constitution. The closest the founders came to considering such a right was the right to the “pursuit of happiness,” which is found in the Declaration of Independence.

However, the Constitutional Convention considered the concept too radical for inclusion in the Bill of Rights. That’s why the Fifth Amendment guarantees that no one will be “deprived of life, liberty, or property without due process of law” instead of “life, liberty, and the pursuit of happiness…”

According to Anthony Scaramucci, a former White House Communications Director, President Trump will push for marijuana legalization next year.

“I think he’s going to legalize marijuana,” Scaramucci said in an interview last week. “I think he’s waiting until after the midterms. I think he’s on the side of legalization.”

Scaramucci isn’t exactly a member of Trump’s inner circle currently — he served as communications director for 10 glorious days in 2017 — but he claims to still talk to the president from time to time, so maybe he picked up on something.

Trump has said that he will support the bill sponsored by Senators Cory Gardner (R-Colorado) and Elizabeth Warren (D-Massachusetts) to let the states legalize pot without federal interference.

Although it’s unlikely to happen, the United States should give serious consideration to adding Mexico’s “free development of personality” clause to the U.S. Constitution, and not just to create a pathway to end the war on drugs.

Over the past two centuries, prohibitionists of many stripes have savaged the liberty and privacy of Americans. Arguably “prohibitionists” have done more lasting damage to American freedom and privacy than any foreign or domestic enemies of liberty. Adding a “free development of personality” amendment to the Bill of Rights (along with a right to privacy amendment) would provide a way curb the country’s worst authoritarian instincts.