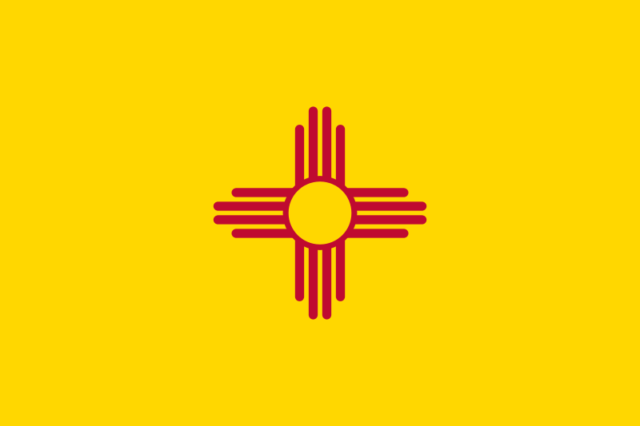 This could be huge.

Since at least 2016, the New Mexico legislature had repeatedly tried and failed to legalize recreational marijuana in the state. A big reason for the failures has been the actions of conservative Democrat State Senators.

Last week New Mexico held its primary, and voters handed four of them their walking papers. The soon-to-be ex-lawmakers include the President Pro Tem of the Senate and three current or former committee chairmen who had used their positions to kill legalization bills in their committees. They were all replaced by Democrat progressives who explicitly favored recreational marijuana legalization during their campaigns.

The New Mexico Constitution does not have a provision allowing citizens to petition a law or constitutional amendment onto the state’s ballot. Marijuana legalization in New Mexico has to pass through the state legislature. The legislature must either pass a marijuana legalization bill or put the bill on the state ballot. There is no other way it can happen. And thanks in large part to the maneuverings of the ousted senators, it wasn’t happening — despite the strong support of New Mexico’s Democratic Governor, Michelle Lujan Grisham.

According to Marijuana Moment, the ousted Democrat pot prohibitionists include:

Senate President Pro Tem Mary Kay Papen. She has repeatedly voted against marijuana reform, including a 2016 bill to put a proposed constitutional amendment to legalize pot on the state’s ballot. She was defeated by Carrie Hamblen, president of the Las Cruces Green Chamber of Commerce, of all people. (New Mexico has legal medical marijuana.)

“I support the legalization of recreational marijuana as it can provide much needed jobs, can be regulated, and communities can benefit from the taxation,” she said. “Plus, by legalizing it, we can stop criminalizing people of color and focus more on incarcerating those with legitimate crimes.”

Senate Finance Chairman John Arthur Smith. He was beaten by retired special education teacher Neomi Martinez-Parra. Smith’s panel tabled a House-passed legalization bill last year, effectively killing it. He also voted against the 2016 constitutional amendment. He said he wouldn’t support legalization “until the federal government steps up to the plate.” Martinez-Parra said the state needed to diversify its revenue, and marijuana legalization would help it do that. “We cannot rely on oil as the major source of revenue,” she said. “I support legalizing and taxing the sale of marijuana, as long as we have the right regulations in place to protect our children.

Senator Clemente Sanchez. As chair of the Senate Corporations and Transportation Committee, he made a floor motion to specifically request that a legalization bill be referred to his panel in order to kill it. He was ousted by retired educator Pamela Cordova. “I support legalizing recreational marijuana, with strong regulation and taxation,” she said. “I believe our limited law enforcement resources can be better spent addressing more serious criminal behavior. New Mexico will benefit from the millions of dollars in tax revenue to our general fund at a time we most need it.”

Senator Richard Martinez. While Martinez was chairman of the Judiciary Committee he voted to kill a legalization bill. He resigned the chairmanship after he was convicted of drunk driving last year, but stayed on the committee and voted to kill another legalization bill this year. He was decisively defeated by Leo Jaramillo, who said marijuana “should be legal for both medical and recreational purposes.”

The extraction of the Reefer Madness Four from the legislature should give a huge boost to the prospects of legalizing marijuana next year, both because they were single-handedly killing bills and because it sends a message to other Democrat senators that opposing marijuana legalization can have electoral consequences.

More broadly, it is a message to elected officials in both parties and other states that continued support of the pot prohibition and the war on drugs generally is an increasingly risky thing for a state legislator to do. That improves the prospects for legalization bills in states where the voters can’t do it themselves. Even red ones.