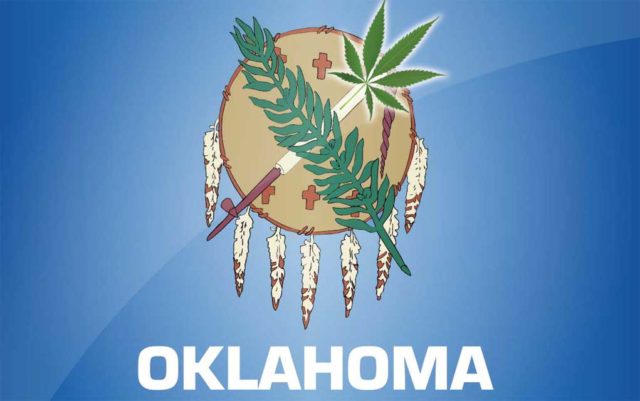 Except maybe in science fiction and alternate history tales, the words “Oklahoma” and “legal marijuana” have rarely appeared in the same sentence up to now.

The victory margin is impressive for three reasons: 1) Oklahoma is one of the most socially conservative states in the country. 2) The vote took place during a primary election, when voter turnout tends to be older and more conservative. 3) There was organized and well-funded opposition to the initiative.

“No one can stop an idea whose time has come,” an exuberant Shawn Jenkins, the secretary of the Vote Yes on 788 PAC, told the Tulsa World at the committee’s watch party. “No one can stop common people for a common cause coming together — no matter how much money (you spend) or lies you try to speak.”

Opponents, whose PAC was named “SQ 788 is Not Medical,” spent about half-a-million dollars trying to kill the initiative with a late TV ad blitz, claiming, among other things, that the initiative was so broad and loosely worded that it amounted to de facto legalization of recreational pot.

Apparently they made little headway with the narrative. Polling before the election by the Sooner Poll showed support around 61.8 percent in favor in January. A second Sooner Poll in May, found support of 57.5 percent. Most voters in favor of the initiative appear to have formed their opinions well in advance of the election.

(Some national polls have found support for medical marijuana legalization in general as high as 90 percent.)

While it falls considerably short of de facto legalization of recreational pot, the Oklahoma initiative is being described by some advocates as one of the most far-reaching in the country.

According to the Tulsa World, the initiative’s main points include:

• Patients may possess up to 3 ounces of marijuana on them and up to 6 ounces at home, as well as grow up to six plants and six seedlings.

• Employee discrimination based on status as a marijuana patient is prohibited.

• The Oklahoma State Department of Health will establish a special office funded by taxes on medical marijuana sales to oversee the program.

• Patients with a doctor’s signature will apply for a two-year license at a cost of $100, or $25 for those with Medicaid or Medicare.

What the measure doesn’t say:

• Qualifying medical conditions for legal marijuana use are not specified, as in all other states’ medical marijuana programs.

• No legal limit or any other exemptions for licensed patients from Oklahoma’s zero-tolerance laws for drivers who test positive for THC, the psychoactive component in marijuana, or its metabolites.

Oklahoma’s out-going Governor Mary Fallin, who campaigned against the initiative, said, in so many words, that while she respected the decision of the voters, she intended to encourage the legislature to mess with it anyway.

“I respect the will of the voters in any question placed before them to determine the direction of our state,” she said, adding that “I believe, as well as many Oklahomans, this new law is written so loosely that it opens the door for basically recreational marijuana. I will be discussing with legislative leaders and state agencies our options going forward on how best to proceed with adding a medical and proper regulatory framework to make sure marijuana use is truly for valid medical illnesses.”

She also indicated she intended to call a special session of the Oklahoma legislature to deal with regulatory issues.

The most obvious ways to mess with the initiative would be to limit the number of conditions for which medical marijuana could be prescribed and to slap time, place and manner restrictions on how pot could be sold and consumed.

But second-guessing voters who have just passed an initiative has its risks, especially when the voters have an opportunity to second guess the second guessers in November.

At least one other deep red state — Utah — will be voting on medical marijuana this November, as will purple Missouri. Polling in both states shows strong support for medical marijuana. The victory in Oklahoma bodes well for those initiatives. 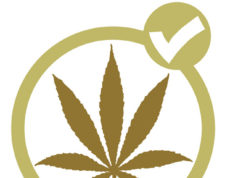 Legalization 2020: Let the people decide (the lawmakers are too chicken)