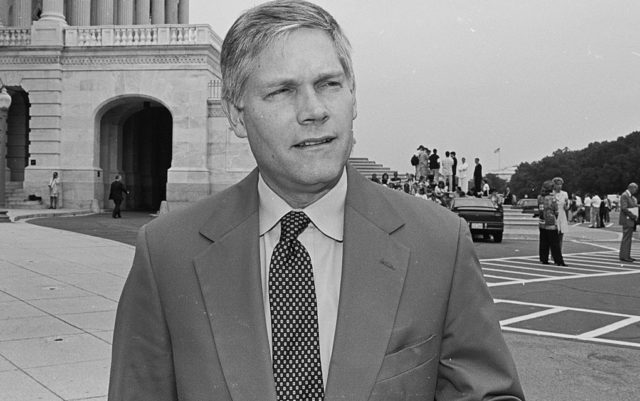 Attorney General Jeff Sessions is not the only drug war dead-ender named Sessions in Washington.

There’s also Texas Republican Congressman Pete Sessions, who is just as zealously anti-pot as the AG and, if anything, more effective in blocking legalization.

Pete Sessions is the chairman of the House Rules Committee, the committee that decides which bills will be debated on the floor. And he has used his position to block nearly all efforts to move marijuana reform legislation through the house since 2015.

According to an extensive story by Tom Angell on the website Marijuana Moment, reform bills filed by both Democratic and Republican lawmakers have been blocked in the House Rules Committee on at least 34 occasions.

According to Angell, these include measures to increase military veterans’ access to medical marijuana, shield state marijuana laws from federal interference, protect the water rights of industrial hemp growers, and allow marijuana businesses access to the banking system.

Sessions is a drug war dead-ender and proud of it. “I, as probably everybody in this room knows, have a strong opinion on drugs, illegal drugs, alcohol,” he said, during a hearing on a bill co-sponsored by Colorado Congressman Jared Polis that would have prevented the Justice Department from spending money to frustrate state level marijuana legalization laws. “Marijuana is an addictive product and the merchants of addiction make it that way. They make it for addiction. They make it to where our people, our young people, become addicted to marijuana and keep going.”

Polis withdrew the bill when he saw he didn’t have the votes to get it through the Rules Committee. (A similar bill did make it to the floor of the House in 2015 and came within nine votes of passage).

But in politics, what goes around comes around, sometimes with a vengeance. Sessions has been in Congress since 1997, but this year he’s being targeted for his marijuana obstructionism.

Oregon Democratic Congressman Earl Blumenauer, one of the strongest pro-marijuana legalization members of the House of Representatives, has started a PAC to support pro-legalization candidates for Congress and oppose anti-legalization ones. And his first target is Sessions.

Blumenauer’s PAC, called The Cannabis Fund, will pay for billboards in Sessions’ district challenging Sessions for blocking votes on bills that would have allowed veterans access to medical marijuana.

The billboard showed a veteran on crutches next to text reading “Why is Congressman Pete Sessions Denying Veterans the Medicine We Need?”

Sessions represents Texas’ 32nd Congressional Distirct, which includes part of Dallas and an area north and northeast of the city. In 2016 it voted for Hillary Clinton. The district’s demographics are 47 percent minority — 24 percent Hispanic, 14 percent black, and 8 percent Asian. The Cook Political, which rates the competitiveness of congressional races, recently moved it from “Lean Republican” to “Toss-Up.”

Sessions’ Democratic opponent is Colin Allred, a former NFL player. He has indicated he intends to make an issue of Sessions’ blocking veterans’ access to medical marijuana.

He’s said he supports the use of medical marijuana “as an alternative to habit-forming opioids that have become a national crisis.”

Getting rid of Sessions won’t be easy; he will be well-funded, and he runs unbelievably ugly campaigns. But marijuana could be a sleeper issue.

Given that blacks and Hispanics are disproportionately arrested for marijuana, his anti-pot positions could be used to turn out minority voters who often sit out elections in non-presidential years.

In other words, being an absolutist marijuana prohibitionist like Sessions isn’t necessarily a safe position in this election cycle. Even in Texas.