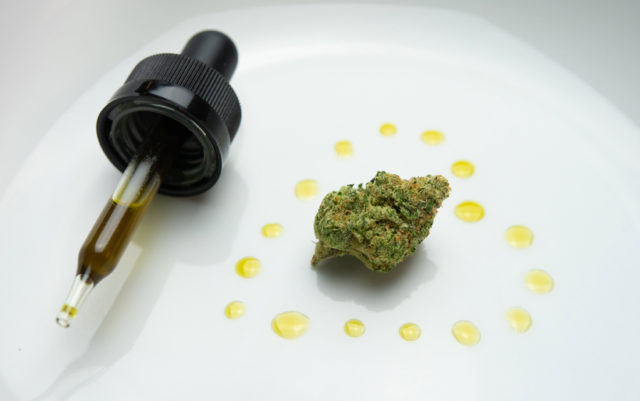 The most widely used and abused drug in the United States is alcohol.

According to the 2017 National Survey on Drug Use and Health, 16.7 million Americans over age 12 (6.1 percent of the population) were heavy booze users in the past month, including one in 10 Americans aged 18-25. Heavy alcohol use is defined as downing five or more drinks on the same occasion five or more times a month.

Now evidence is emerging — Category 5 irony alert here — that cannabidiol (CBD), the cannabinoid that won’t get you high, may be able to help alcohol users both to cut down on their drinking and to protect them against alcohol’s major averse health effects. Especially if the user happens to be a mouse.

According to a recent story by Kimberly Lawson on the Marijuana Moment website, a review of 26 studies done between 1974 and 2018 found substantial evidence that “CBD reduces the overall level of alcohol drinking in animal models of AUD (Alcohol Use Disorder) by reducing ethanol intake, motivation for ethanol, relapse, and by decreasing anxiety and impulsivity.”

The review was done by researchers in France and Belgium. It was published on May 31 in the journal Frontiers in Pharmacology.

One study found that the livers of mice that had been given CBD before being force-fed alcohol every 12 hours for five days were less damaged than those of mice not given CBD.

CBD also may provide some protection to areas of the brain susceptible to alcohol damage, according to the reviewers. The brains of rats who had been given CBD before being subjected to a forced bender had lost “significantly” fewer brain cells in the hippocampus and entorhinal cortex. (The entorhinal cortex is an area deep in the brain that functions as a hub in a widespread network for memory, navigation and the perception of time.)

The reviewers suggest that the mitigating effects of CBD on alcohol abuse may stem from the “complex” way CBD interacts with CB2 receptors on cells. CB2 receptors are the molecular “docking locations” on cells to which CBD binds. CB2 receptors are found on multiple types of cells throughout the body, which may explain why CBD seems to protect both liver and brain cells. (CB1 receptors are the ones for THC, marijuana’s main psychoactive component).

The reviewers also said that the drugs currently available to help people with AUD stop drinking are “insufficiently effective” and “new therapeutic prospects are needed.”

“Moreover, no drug for reducing alcohol-related harms, either to the brain or the liver, has ever been studied,” they added.

Additionally, they said, CBD might provide unique protection to the liver and the brain, which could reduce the development and impact of both alcohol-related liver disease and alcohol-related brain injury.

“In this perspective, CBD treatment could be proposed to subjects who are unable to reduce or to stop alcohol consumption, in order to prevent or reduce the effects of alcohol on the brain and the liver, thus opening new and original therapeutic options for harm reduction in AUD,” the reviewers said. “Human studies are thus crucially needed to explore the many prospects of CBD in AUD and related conditions.”

So if evidence of CBD’s promise as a treatment for both alcoholism and its consequences has been around since 1974, why didn’t anyone follow up on this research with human studies?

Why indeed. It’s because the folks who brought you the war on drugs, guys like former Drug Czar William Bennett and former Senator/Vice President Joe Biden, managed to get all research on marijuana outlawed.

Currently some 88,000 Americans die of alcohol-related causes annually — more than are killed annually by opioids. Since 1974, more than 2 million have died.

It’s self-evidently time to do the research that should have been done more than 40 years ago. If the feds won’t do it, then the states that have legalized marijuana should tell the feds to butt out and do it themselves.

A new tax for the ballot