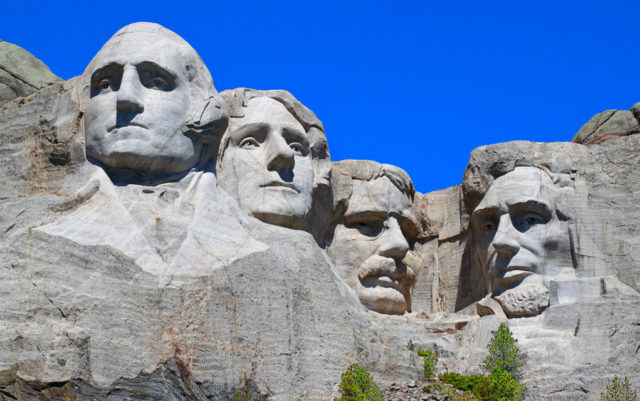 It looks like one of the most socially conservative states in the country will be voting on not one but two marijuana legalization proposals next year.

They also have a good chance of encountering serious opposition. According to Kyle Jaeger at Marijuana Moment, South Dakota’s Republican governor vetoed a hemp legalization bill last March, and the state’s Republican Party actively urged residents not to sign the petitions.

Not surprisingly, the South Dakota recreational initiative looks a lot like Amendment 64.

It’s unknown if there will be any attempt at a squeeze play to keep the initiatives off the ballot (by disqualifying signatures on technicalities, for instance), but opponents might want to be cautious in that regard. That’s because the sponsor of the recreational initiative is Brendan Johnson, a former federal prosecutor.

According to a story in The Coloradoan, about 80 of Colorado’s 270 incorporated towns allow marijuana sales. Loveland is not one of them.

In last Tuesday’s election, Loveland voters rejected a proposal to allow recreational and medical dispensaries in the town. Initial returns showed the measure getting about 47% of the vote.

Marijuana journalist Mike Adams had a piece in a recent issue of Forbes pointing to a couple of inconvenient truths about marijuana legalization — that legal pot has failed to deliver on some of the major talking points of the legalization movement.

One of the biggest arguments of legalization advocates, he says, is that legal marijuana would wipe out the illegal market. It hasn’t. In California, the illegal market is still bigger than the legal one, Adams says, with the result that the state took in only about half of the $643 million in tax revenue it was expected to collect in the first year.

Adams suggests that California’s high pot taxes are in part to blame and cites a forecast from BDS Analytics And Arcview Market Research that predicts it could take five years before the legal market starts outselling the illegal one.

(It’s worth noting that although alcohol prohibition was repealed in 1934, bootleggers continued to operate for years, with some still being busted in the 1960s.)

Adams also points out that although legalization and decriminalization is continually spreading, the number of U.S. marijuana arrests has actually gone up, not down. FBI data shows that more than 500,000 people a year are still being busted for pot, and that marijuana arrests in 2018 were actually higher than in 2016 and 2017.

California Attorney General Xavier Becerra claims the raiders seized 950,000 plants from 350 illegal grows,  arrested 150 people and grabbed 168 weapons. The raiders admit they could not put a street value on the plants seized but estimated wholesale prices of $1,600 a plant. $1,600 a plant wholesale, huh? It makes you wonder what they’re vaping.