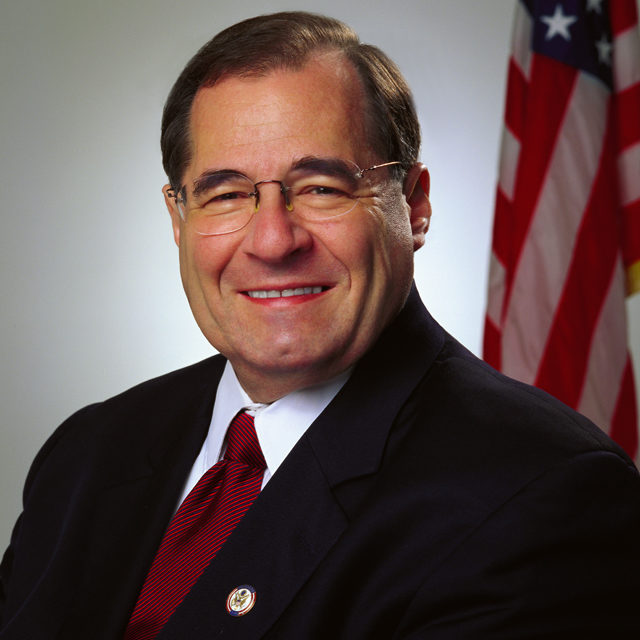 Politics, like rust, never sleeps — and that’s a good thing.

By the time you read this, the U.S. House of Representatives may have passed the marijuana banking bill. The operative word here is ‘may.’ The House was scheduled to vote on the bill on Wednesday (Sept. 25). House leadership is confident enough that the bill will pass that it has brought it up under a ‘suspension of the rules’ — a parliamentary procedure that allows bills with strong, but not unanimous, support to be brought quickly to the House floor, so long as it can garner two-thirds support for passage.

If passed, the banking bill will allow marijuana businesses access to bank financing for operations and expansion.

Meanwhile, Tom Angell of the Marijuana Moment website is reporting that House Judiciary Committee Chairman Jerrold Nadler (D-NY) is saying that the vote on marijuana banking legislation will only be the first step toward reforming federal pot law.

Earlier this year Nadler introduced the Marijuana Opportunity Reinvestment and Expungement (MORE) Act, which would remove pot from the Controlled Substances Act and allow at least some of those convicted of federal marijuana crimes to have their records expunged.

“As the sponsor of the MORE Act, I also strongly support additional marijuana reform — to deschedule marijuana federally and to provide critical assistance and relief to individuals and communities that have been disproportionately impacted by the racially biased war on drugs,” a statement from Nadler’s office said. “I am therefore committed to marking up this bill and look forward to working with reform advocates and my colleagues in this important effort going forward.”

Earlier this year the Democratic governors of New Jersey, New York and Connecticut all failed to get recreational marijuana legalization bills through their state legislatures. Now they plan to meet to discuss ways to create bills for consideration by their respective legislatures that would be legally consistent.

“I want to talk to Connecticut, and then I want to talk to Jersey, about having a regional symmetry on vaping products and marijuana,” New York Governor Mario Cuomo told Marijuana Moment. “For one state to do it (legalize pot), it makes no sense if the neighboring state has a totally different policy, because you then just incentivize people to drive over the border and buy it there.”

That sort of coordination is good policy, and probably good politics as well. When the legislators in a state consider legalization, the knowledge that lawmakers in one or more neighboring states may be about to pass identical legislation likely concentrates minds wonderfully.

The list includes 10 of the 11 states that have legalized recreational marijuana (no surprises there) with only Nevada missing. Connecticut, New Mexico and Rhode Island are considered good prospects for legalization in the next two or three years; Pennsylvania and Minnesota may be a harder lift, but possible.

Speaking of medical marijuana, a survey of more than 165,000 people found that 46% of regular marijuana users were using it for a medical reason, compared with 22% who were using it to get high. “Adults with medical conditions, especially those with respiratory conditions, cancer and depression, were more likely to use marijuana,” the study found… It also found that roughly one in four 18- to 24-year-olds use medical marijuana, compared with just 2% of those 65 and older… The study was done at the University of Nebraska Medical Center. It was published last week at the Journal of the American Medical Association’s Open Network.