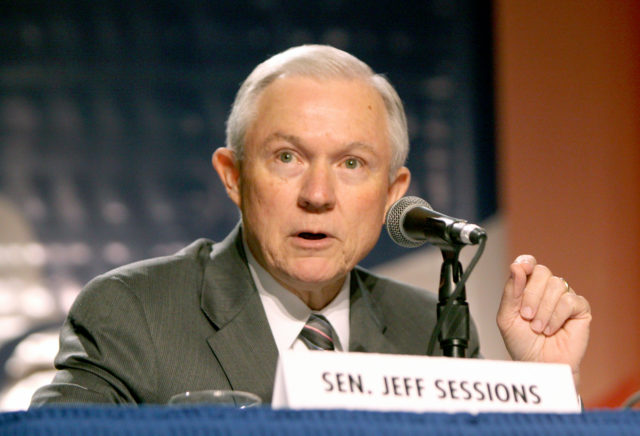 But wait, there’s more. In addition to the four state-wide pot legalization ballot questions, there were a slew of local ones, most of which passed… Ohio voters in five cities passed local marijuana decriminalization measures… In Wisconsin, there were advisory referendums on marijuana legalization on the ballots of 16 counties, and all of them passed overwhelmingly. Like with 70 percent of the vote overwhelmingly in Milwaukee County, the state’s largest, and 76 percent overwhelmingly in Dane County, home of Madison, the state capital… The referendums are being read as messages to the state legislature, which Wisconsin voters decided would again be controlled by Republicans…

Two pot prohibition dead-enders named Sessions got the “You’re fired!” message last week — one from President Trump and the other from the voters… The day after the voting was over, Trump fired Attorney General Jeff (good people don’t smoke marijuana) Sessions. Meanwhile, down in Texas, voters in the state’s 32nd congressional district gave long-time Congressman Pete Sessions the old heave-ho, replacing him with civil rights lawyer and former NFL linebacker Collin Allred. Allred won 52.2 percent to 45.9 percent (142,885 votes to 125,600)… Sessions was chairman of the House Rules Committee, which has a big say in which bills make it to the House floor for a vote, and he used his position to block almost all marijuana reform bills that were introduced in the last two years. Allred made marijuana a major issue in his campaign… Jeff Sessions was likely sacked for recusing himself in the Russia probe and not for his anti-marijuana actions (like canceling the Cole memorandum and picking a fight with Cory Gardner), but it’ll be good to see the back of him anyway… in terms of changing federal marijuana policy, getting rid of Pete is probably more important than getting rid of Jeff; expect some movement on marijuana reform legislation in Congress next year…

Unfortunately one of the most stalwart and high-profile champions of marijuana legalization in Congress won’t be there to see it… 15-term Rep. Dana Rohrabacher (R-California) lost his bid for re-election from California’s 48th district to Democratic businessman Harley Rouda 47.8 percent to 52.2 percent (103,804 to 113,286)… Marijuana probably didn’t play a big role in Rohrabacker’s loss — critics called him Russia’s best friend in Congress. After 15 terms he may have fallen victim to a nasty political reality: In politics, friends come and go; enemies accumulate… Rohrabacher wasn’t the only pro-pot-legalization Republican handed his walking papers last week. The list also includes Colorado Rep. Mike Coffman… Coffman hasn’t been thought of as being in the forefront of the legalization movement, but according to Marijuana Moment, he has “cosponsored numerous marijuana-related bills over the last seven years,” including one to reschedule marijuana under the Controlled Substance Act, and another to shield people in states with legal marijuana from federal prosecution if they comply with their states’ laws… the new Congress is probably more pot friendly than the old one, but the loss of the five Republicans may make bi-partisan cooperation on legalization harder to come by.

Half of nation’s pot users stocked up for the shutdown

Marijuana in the time of the virus

Social separating with Alice B. Toklas