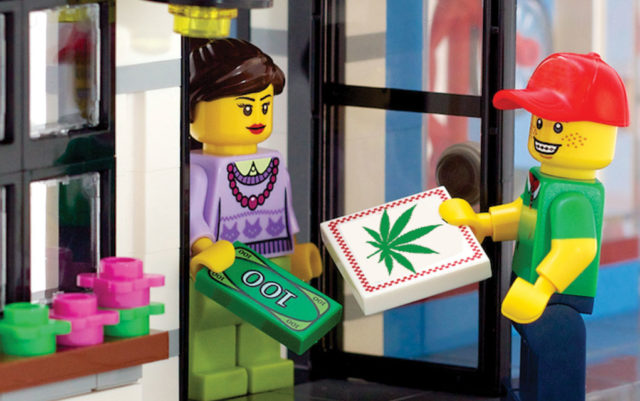 The just-concluded session of the Colorado legislature passed a clutch of marijuana reform bills that ensure the state will continue to be in the vanguard of the marijuana legalization movement.

The two most important are House Bills 1230 and 1234. HB 1230 allows restaurants, hotels and marijuana dispensaries to offer social pot use on their premises. HB 1234 allows for home delivery of marijuana, just like pizza. Together they could transform the way pot is bought and consumed in the state.

HB 1230 addresses a problem that has bedeviled the state’s tourist industry since pot became legal — there has been no place where visitors to the state could legally consume marijuana. Now there will be. Beyond tourism, the bill puts social marijuana use for everyone on a level similar to social alcohol use. That’s a big deal.

The law also requires local governments to opt into the program, which probably means there will be a lot of local dithering by out-of-touch electeds. But within a couple of years there should be plenty of places where you can smoke pot besides your home.

The law also says that no establishment allowing pot use will be allowed to sell alcohol. That makes good sense from a public safety point of view; mixing marijuana and alcohol can leave you more impaired than using one or the other. But it may also touch off a revolution in the restaurant business.

It will only be a matter of time before some restaurants get marijuana licenses instead of liquor licenses, and that could change the whole dining experience. It’ll be interesting to see how they fare.

HB 1234 could herald a major change in the way marijuana is bought and sold. Compared with packaged alcohol sales, which take place in liquor stores, convenience stores and now super-markets, marijuana sales are pretty restricted. The only place you can legally buy pot is from a licensed dispensary. Their hours are more restricted than those of liquor stores, and gaining access to the selling room is similar to gaining access to the safe deposit room in a bank — multiple identification checks by multiple gatekeepers. I like the personal service you get from budtenders, but chances are most customers would prefer the convenience of self-service store.

And then there are probably a lot of people who are still uncomfortable with going into a dispensary.

A lot of dispensaries already offer take-out service, which minimizes some of the potential hassle of pot-buying, but home delivery gives marijuana sellers an edge liquor stores don’t have. It will also present the dispensary model of marijuana selling with some business challenges. Legal marijuana marketing is a work in progress. It’ll be fascinating to watch how this evolves.

Under HB 1234, home deliveries of medical marijuana will be allowed to start next year. Recreational delivery won’t start until 2021 at the earliest.

As of press time, neither bill had been signed by Governor Polis, but given his strong past support of legalization, it would be surprising if he didn’t allow them to become law.

— A bill that allows out-of-state investors, including companies and venture capital funds, to participate in the state’s marijuana industry. Former Governor Hickenlooper vetoed a similar bill last year. He had a point there; the bill might result in consumers having a lot more buying choices, but it also opens the door to the “Big Marijuana” industry that pot prohibitionist Kevin Sabet is always hyper-ventilating about and could drive a lot of industry pioneers out of business.

— A bill that allows doctors to recommend medical marijuana to patients instead of opiods. This could lead to huge expansion of the state’s marijuana industry.