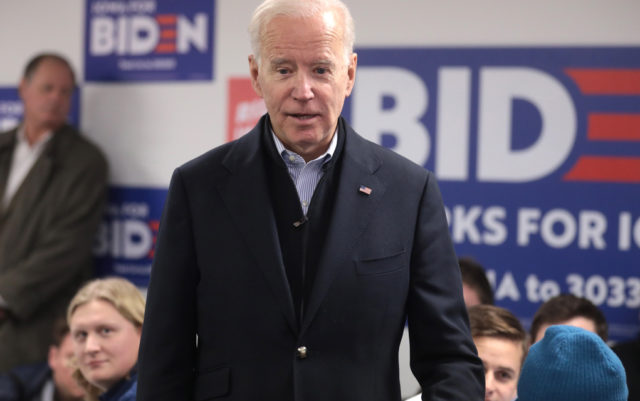 Deep in his heart… he does believe… that they’ll smoke legal pot someday… New York Gov. Andrew Cuomo last week said “I believe we will” legalize marijuana in New York, but he isn’t setting a date… Cuomo was asked during a coronavirus presser why the state hasn’t legalized marijuana as a way to generate revenue rather than depending on federal largesse. He replied that it was part of the feds’ job managing the national response to the epidemic to provide state governments with financial relief “just the way they took care of big corporations”… Then he added, “I support legalization of marijuana passage. I’ve worked very hard to pass it,” and, “I believe we will” pass it… He said New York “didn’t get it done last session because it’s a complicated issue and it has to be done in a comprehensive way”… Funny, it wasn’t too complicated for the rubes in Colorado.
Cuomo and his fellow Democratic governors in New Jersey, Connecticut and Rhode Island have pretty much been all hat and no cattle when it comes to marijuana legalization; all have supported legalization bills but haven’t been able to get them through their legislatures… So far the most successful one has been New Jersey’s Phil Murphy, who at least convinced his legislature to put a legalization measure on the state’s November ballot.

Another Democratic governor who hasn’t been able to get a legalization bill through her legislature is New Mexico’s Michelle Lujan Grisham, and she isn’t taking it lying down. Asked at the end of a press conference whether she favored passage of a recreational use legalization bill during an upcoming special session due to consider fundraising measures to offset the revenue hemorrhage caused by the coronavirus epidemic… “Let’s end on a high note,” she said, adding that a number of capital projects that were put on hold wouldn’t have been if the legislature had legalized pot during its regular session… “The projections are nearly $100 million of recurring revenue into the budget” from legal pot, she said, also pointing out that “the vast majority of New Mexicans favor recreational cannabis.”

One Democrat who has a really hard time with the concept (of legal pot, that is) is likely presidential nominee Joe Biden… He says, “No one should be going to jail for a drug crime, period…” and that it “makes no sense” for people to go to jail for pot, but he still opposes marijuana legalization… Why? “Because they’re trying to find out whether or not there is any impact on the use of marijuana — not in leading you to other drugs. But does it affect long-term development of the brain? And we should wait until the studies are done. I think science matters.”

Biden made the remarks in the course of his now-infamous interview on Charlamagne tha God’s radio show… prompting C. tha G. to remark, “I think we got decades and decades of studies from actual weed smokers though”… “Yeah, I do. I know a lot of weed smokers,” the candidate retorted… The National Organization for the Reform of Marijuana Laws (NORML) Executive Director Erik Altieri was not amused… “If Joe Biden truly was friends with many marijuana consumers he would know what the overwhelming majority of Americans know — that millions of otherwise law-abiding citizens partake in cannabis and prohibition is an utter failure that destroys communities and families.

“Outside of elite political circles, there are still over 600,000 individuals arrested every year for simple possession and the vast majority of those targeted are black and brown Americans… Joe, more than anyone, needs to get on the right side of history when it comes to marijuana policy, given he is the architect of many of the laws that gave rise to the drug war and mass incarceration in the first place”…

In other news… According to a study published in the Journal of Regional Analysis & Policy, marijuana legalization resulted in a spike in Colorado tourism, as measured by how many additional nightly motel room rentals were racked up after legalization… Following legalization in November 2012 (it seems like only yesterday) there were 51,000 additional nightly motel room rentals per month in the state… and after the beginning of marijuana sales at the start of 2014, that figure climbed to an additional 120,000 nightly rentals per month… The numbers for Washington state, which legalized at the same time as Colorado but began sales six months later, were about half of Colorado’s.