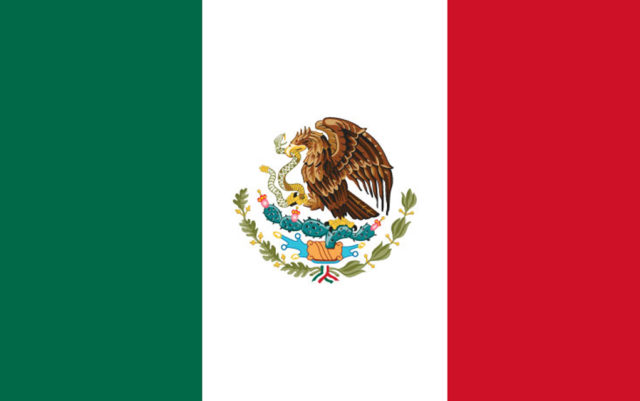 They do things differently in Mexico. Especially when it comes to human rights and legalizing pot.

Back in 2015, four members of the Mexican Society for Responsible and Tolerant Consumption (the Spanish acronym is SMART) sued in the Mexican Supreme Court for the right to grow, use and transport marijuana.

They argued that the prohibition of marijuana violates a person’s fundamental human right to the “free development of personality.”

OK, if someone were to come into an American court and argue that U.S. anti-marijuana laws violated his right to “the free development of personality,” chances are the judge would react about the same way George III did when he got to the line in the Declaration of Independence that said “all men are created equal.”

But in Mexico they do things differently. According to a piece at the blog Herb.CO by Michelle Janikian, the right to the “free development of personality” is found in the Mexican constitution. It’s also found in the UN’s Declaration of Human Rights.

“Basically, it means that individuals have the right to decide what’s best for their lives and bodies, as long as it doesn’t interfere with the rights of others,” Janikian writes. “Therefore, every adult has the right to decide if they want to use cannabis or not, so long as it’s not affecting anyone else.

“Many compare the argument to eating junk food,” she adds. “It’s not good for you, but the state doesn’t have the right to stop you.”

(Boulder’s soda-pop-taxing nanny-statists may have trouble with the concept. But we digress.)

Anyway, darned if the SMART Four didn’t win. A panel of the Mexican Supremes ruled in their favor by a 4-1 vote.

So why aren’t Mexicans lighting up from the Rio Grande to the Rio Usumacinta?

Well that’s because they do things differently in Mexico. Unlike the U.S., where the Supreme Court only has to rule once to determine the constitutionality of a law, in Mexico the Supreme Court has to issue the same ruling five times before it sticks.

Which means that as things stand now, the SMART Four have the right to smoke marijuana in Mexico, but until the Court rules the same way in four more cases, the other 112 million people in the country don’t.

According to Janikian, this procedure is the way the Mexican Supreme Court legalized gay marriage in 2015. After ruling against gay marriage bans five times, the Court issues a jurisprudential thesis stating that laws “restricting marriage to heterosexual couples were discriminatory and unconstitutional.”

Initial consideration of the second case is due to start this year. It’s being brought by a lawyer named Ulrich Richter. As in the first case, he’s arguing that the prohibition of marijuana violates a person’s right to the “free development of personality.”

This raises an interesting question: The U.S. Constitution doesn’t contain an explicit right to the free development of personality. But could the Supremes conceivably discover one in there, the same way the court discovered a right to privacy and by extension a right to abortion in the early ’70s?

If you stop to think about it, while the right to the free development of personality may not be in the Bill of Rights, the concept isn’t all that different from one of the rights Mr. Jefferson put into the Declaration of Independence. It’s called “the pursuit of happiness.” (He was incensed when it was left out of the Constitution.)

It doesn’t take a legal genius to see that if it had been included in the Constitution, chances are we would be a much freer, and probably more tolerant, country than we are today.

Like I said, they do things differently in Mexico. And maybe they could teach the Colossus del Nord a thing or two about human rights and the rule of law.