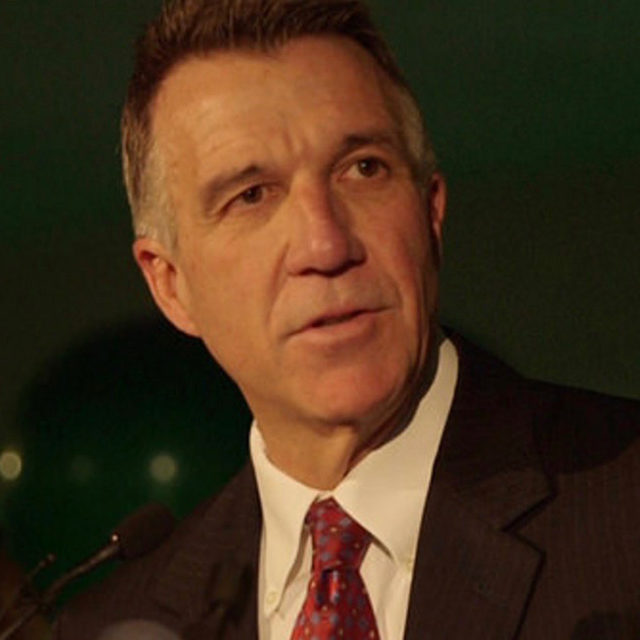 And then there were nine.

On Monday, Vermont Republican Governor Phil Scott closed the blinds in his office, gagged, wretched, moaned, clenched his teeth, held his nose and signed the bill that made Vermont the ninth state to legalize possession of marijuana for recreational purposes — provided the recreation takes place on private property, behind closed doors, and not in cars or public places, etc.

Scott had vetoed a legalization bill passed by the Vermont legislature last May, but had agreed to sign a compromise measure that added penalties aimed at keeping marijuana out of the hands of The Children.

Scott signed the bill -— as promised — but put on quite a show about how distasteful he found doing so. Starting with the announcement that he would sign the bill in private instead of at a public ceremony — in order to spare the feelings of the state’s pot prohibitionists.

Then he put out a signing message that crowed about Vermont’s remaining restrictions on marijuana — and the new ones he had insisted on adding to the bill in order to protect The Children — while barely mentioning that the bill he was signing legalized the possession and use of marijuana by adults in the state:

“While this legislation decriminalizes, for adults 21 and older, personal possession of no more than 1 ounce, and cultivation of two mature plants on their private property, marijuana remains a controlled substance in Vermont and its sale is prohibited. Also, consumption of marijuana in public places is prohibited. Consumption of marijuana by operators and passengers in a motor vehicle is prohibited. Schools, employers, municipalities and landlords are also empowered to adopt policies and ordinances further restricting the cultivation and use…” And so on.

Scott’s caterwauling is beside the point. The important thing is that his signature made Vermont the ninth state to legalize the possession and use of recreational marijuana — and the first to do so with a bill passed by its legislature rather than by a citizen’s initiative.

The last point is important, because it will be politically easier for legislatures in states that don’t have the initiative process to act if they don’t have to go first. And now they don’t.

Other legislatures are expected to follow Vermont’s lead, starting with the New Jersey legislature, which is expected to pass a legalization measure in two or three months.

And while they haven’t gotten a lot of press, legalization measures have been introduced or are expected to be introduced in the state legislatures of Connecticut, Rhode Island, Delaware and possibly Illinois.

A legalization measure has already passed the statehouse in New Hampshire. The Live Free or Die State is surrounded by states that have legalized recreational pot — Massachusetts, Maine and now Vermont — and a country, Canada, that is about to do so. (Unfortunately, Governor Chris Sununu has said he doesn’t support the bill; maybe living free isn’t his thing.)

While past attempts to legalize have died in the legislatures of all five states, don’t be surprised if at least some of the bills get some traction this year.

The biggest difference between the Vermont legalization measure and those passed in the other eight states that have legalized is that while it legalizes possession and use of recreational pot, it doesn’t legalize commercial production and sales. The New Hampshire bill takes a similar approach.

This minimalist approach isn’t entirely surprising — state legislators throughout the country have been stuck on timid when it comes to ending the war on pot — but it is still a big step forward.

Just guessing, but chances are state legislatures that take this approach will legalize sales and production within a couple years. Just as soon as their members notice that 1) the residents of their states are buying pot in the surrounding states or from drug dealers, 2) that their states are missing out on a lot of tax dollars for no earthly reason, 3) that the concept of legalizing marijuana has become politically “safe,” while the concept of keeping it illegal comes with increasing political risk, and 4) elections have consequences, and we’re having one in November.