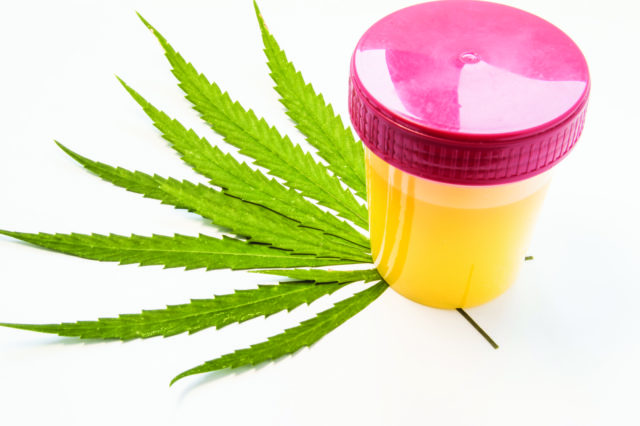 OK, you smoke pot. And you need a job. Are you wondering which jobs are least likely to involve having to pass a drug test?

Well the folks at the Statistic Brain Research Institute (Statisticbrain.com) wondered too, so they dug up some data. Here’s a list of some of the positions — high and low — for which job applicants are least likely to be tested for drug use, according to a piece posted at Weed News.

Managerial positions: Including corporate general managers, business managers, project managers and office managers with salaries ranging from $40K to $100K; only 1-2% of them had to pee to get work. Rank hath its privilege.

IT jobs: Only about 3% of developer, web designer and IT consultant jobs required drug testing.

Financial services: Nearly anyone can work in real estate without taking a drug test. Insurance agents and loan processors are slightly more likely to be tested. Major banks are more likely to require testing.

Entertainment: Screenwriters, producers, stagehands and makeup artists usually can find jobs that don’t come with a drug test, although the more “corporate” the employer the more likely one might be required. “If you’re one of the performers? It’s almost expected that you’ll come up dirty,” adds Baldwin.

Down at the lower end of the employment food chain, fast food franchises hardly ever drug test, even though some claim they do.

The feds are still doing their best to make life hard for scientists who want to study the effects of marijuana on users, but some intrepid CU researchers have found a way to study pot without running afoul of the federal dummkopfs.

According to a University of Colorado news release, the feds prohibit researchers from handling or administering marijuana to research subjects, even in states that have legalized either medical or recreational pot (or both like Colorado).

CU researchers got around this by outfitting vans as mobile labs, dubbed “cannavans,” which they drove to the homes of their research subjects. The subjects used cannabis, either flower or concentrate, that they purchased on their own and consumed in their homes before walking out to the vans for tests.

Clunky as the process sounds, it produced some interesting and unexpected results, which were reported in a paper published in the June 10 issue of JAMA Psychiatry.

Members of both groups were blood tested before, directly after and an hour after inhaling.

“While we saw striking differences in blood levels between the two groups, they were similarly impaired,” said Cinnamon Bidwell, an assistant professor in the Institute of Cognitive Science and lead author of the paper.

“People in the high concentration group were much less compromised than we thought they were going to be,” said coauthor Kent Hutchison, a professor of psychology and neuroscience at CU who also studies alcohol addiction. “If we gave people that high a concentration of alcohol it would have been a different story.”

Among the possible explanations the researchers offered for the findings was the possibility that once THC molecules fill the receptors in the brain that spark intoxication, additional THC molecules have little impact.

Whatever the reason, the fact that there is a limit to how high someone can get no matter how much pot he or she inhales, could complicate roadside sobriety testing for marijuana, because unlike with alcohol, higher THC blood levels don’t necessarily mean higher levels of impairment

Altogether now: More Research Is Necessary! And this time we mean it.