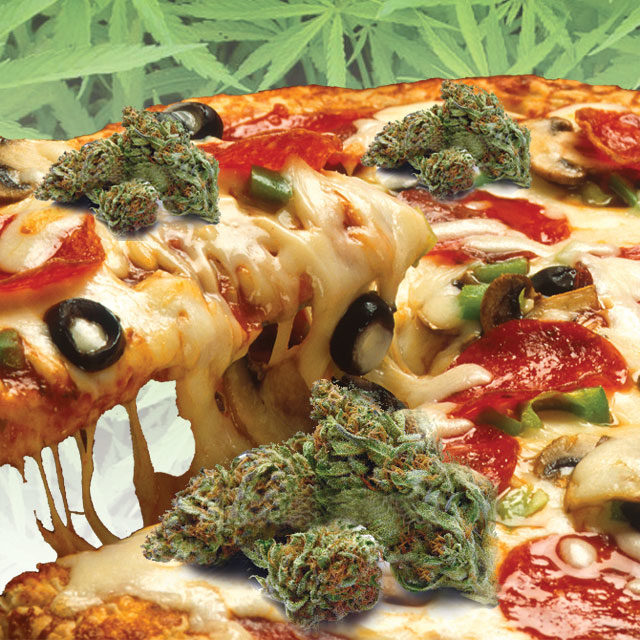 It’s a stoner’s dream. Send out for pizza and then send out for pot. It could be a dream come true in some Colorado cities by next fall.

According to the Denver Post’s Cannabist website, a bill has been introduced in the legislature to set up a test program for home delivery from dispensaries.

The bill — sponsored by Rep. Jonathan Singer (D-Longmont), Rep. Jovan Melton, (D-Aurora) and Sen. Tim Neville, (R-Littleton) — would authorize the State of Colorado to sign memorandums of understanding with up to three Colorado cities to allow marijuana delivery within them during a trial run beginning Sept. 1, 2018.

It would allow the state to issue a total of 15 licenses to dispensaries in the three jurisdictions.

The state licensing authority would be required to report back to the legislature by March 1, 2020 on how home delivery worked out.

If approved, the bill would allow a state-licensed delivery provider to pick up medical or recreational marijuana products from a licensed dispensary and deliver the products to medical marijuana card holders or adults 21 years old or older at a physical address. No P.O. boxes allowed. Recipients would have to show an ID of course.

The delivery license holders would have to follow a clutch of training, security and tracking regulations, health and safety standards, and limits on the amount of product in a delivery vehicle at any given time.

While the specifics of the regulations aren’t included in the bill — drafting them will be left to state regulators — the bill specifies the sorts of things that the regulations can cover. The end product is likely to resemble a regulatory scheme for home delivery adopted by Oregon a year ago.

• Marijuana can be delivered to homes and apartments but not to “transient” dwellings like hotels, dormitories or bed and breakfasts.

• Deliveries are limited to between 8 a.m. and 9 p.m.; the delivery person has to verify the identification of the person who placed the order and pot can’t be delivered to someone who’s visibly intoxicated.

• No more than $3,000 of product can be carried by the courier at any given time, and the products must be stored in a lock-box with a manifest created for each delivery.

• The retailer is also required to keep the information on delivery transactions, including the name of the purchaser, for a year.

The regulations are obviously intended to keep delivery marijuana from being diverted to minors or to the illegal market for sale in other states. They seem over-wrought to me, but that’s probably the price of getting a bill passed when a lot of legislators still harbor cannabis phobias and need reassurance.

Like Colorado’s governor, for example. Colorado’s bill is taking a similar approach to Oregon’s in response to concerns Governor Hickenlooper voiced last year when marijuana home delivery was proposed unsuccessfully in the legislature as an amendment to another bill. This year’s bill is a stand-alone measure with a regulatory scheme that’s intended to address Governor Hick’s misgivings.

“We’re not breaking new ground in Colorado on this,” Singer told the Post. “This time we let another state be the guinea pig, and we haven’t seen the negative effects from regulated delivery.”

Oregon has granted licenses to deliver to 235 of its 520 retail dispensaries, but home delivery has yet to catch on. In December, delivered sales amounted to only $102,000 of the $46 million in marijuana and marijuana products sold that month.

Home delivery started in Nevada almost simultaneously with legalization last year and is just getting underway in California.

Colorado already allows home delivery of booze, so allowing home delivery of pot would be consistent with Amendment 64’s goal of regulating marijuana like alcohol. It certainly would be a help to shut-ins and people who live in towns that allow sales but who may be miles from the nearest dispensary.

However, the real significance of passing a home delivery bill is that it would be one more step toward making marijuana use as normal as cracking a beer or, well, sending out for pizza.