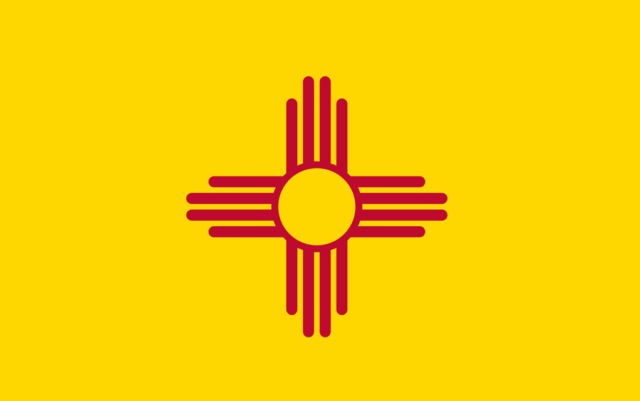 Ever since Colorado voters legalized recreational marijuana in 2012, the state has been a little like West Berlin during the Cold War — an island of liberty surrounded on all sides by sclerotic authoritarianism.

No state bordering Colorado has legalized pot, and a couple of them sued in federal court (unsuccessfully) to block Colorado’s legalization law.

But Colorado’s isolation may be about to change. With little fan-fare, a bill to legalize recreational marijuana in New Mexico has been moving through the state legislature. The bill was passed by the New Mexico House of Representatives last week and last Saturday was approved by the state Senate’s Public Affairs Committee. The next step is a hearing in the Senate Finance Committee. If it passes there, it will move to the Senate floor.

The bill that passed the House squeaked through on a 36-to-34 vote, and as a result picked up some churlish amendments. According to the Marijuana Moment website, provisions that would have allowed home cultivation were stripped out on the House floor.

Another amendment would require consumers to carry purchase receipts or else face criminal charges for marijuana possession.

However the thing that sets the New Mexico bill apart from other legalization legislation is that, under it, the primary conduit for distribution would be state-run retail dispensaries. Privately run dispensaries would be allowed only in places at least 25 miles from state-run operations.

Surprisingly, the proposal to socialize New Mexico marijuana sales came from Republicans in the state Senate. It was incorporated into the house bill prior to the floor vote.

A handful of states have state-run liquor stores. It’s not clear why the idea would be sufficiently appealing to Republican state lawmakers to prompt them to adopt it for New Mexico pot sales. Maybe the desire to get a bigger cut from legal marijuana than the state would otherwise get from taxation.

New Mexico isn’t the only state touching Colorado where the prospects of legal recreational ganja are looking up. A poll taken in Arizona last month found that for the first time a majority of Arizonans favored legalization.

The poll of 600 likely Arizona voters found legalization was supported by a 52-to-41 percent margin with 7 percent undecided.

The survey was conducted by OH Predictive Insights, which did two similar polls in 2016, neither of which found majority support for legalization. A June 2016 poll found 39 percent support versus 53 percent opposition, while a September 2016 survey found 43 percent in favor and 47 percent against.

Arizona voters defeated a recreational marijuana legalization initiative that year by a 48.7-to-51.3 percent margin.

Pollster Noah Rudnick said at least part of the reason for the flip in polling results may have been that his company changed the way it worded the question.

The old question wording asked whether marijuana should be used recreationally, he said. “This time we specified whether it would be for adult use.” He said he thought a lot of the increase in support for legalization is how people perceive it.

“If you’re looking at, like, alcohol, a lot of people think, ‘Ah, recreational, I’m worried about the kids’… but if you specifically put adult use, it puts people’s minds at rest,” he added.

He also noted that if legalization was put back on the Arizona ballot, he thinks it would be likely to pass.

“If the election were held today, and we’ve seen that it’s only been growing over time, it’s probably overwhelmingly likely to pass,” he said.

Rudnick also said that the greater-than-50 percent support was “a big deal, especially as it looks like it’s going to be up for a vote again this cycle.”

Just before the 2012 election in which Colorado became the first state in the country to legalize recreational marijuana, polls showed Coloradans’ support for legalization in the low 50s. Amendment 64, the legalization measure, ultimately passed with 55 percent of the vote.

If New Mexico and Arizona end up legalizing recreational marijuana, it will be possible to go down to the Four Corners area and stand in three states with legal marijuana. Just don’t try it when you’re too high or you might fall into Utah.

The promise of the plant

‘Learning from the past’