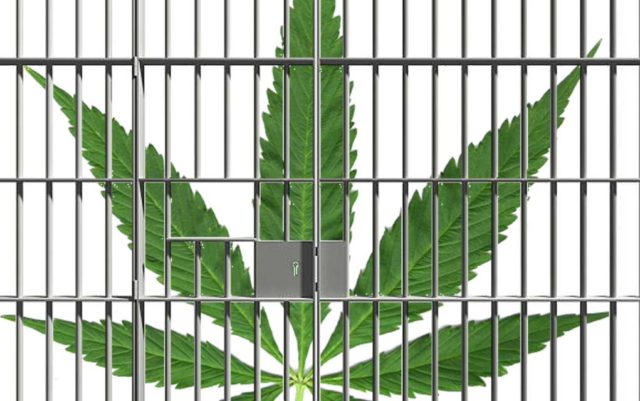 Where was the outrage?

A lot of progressives have been in high dudgeon for the last couple of weeks over the “zero tolerance” policy of detaining everyone caught trying to enter the U.S. illegally and separating the kids from their parents.

I’m underwhelmed by their outrage. That’s because the concept of “zero tolerance” grew out of the drug war. The term was first used in 1972, and since then has resulted in the arrest of about 50 million Americans for drug offenses (half for marijuana and half for other drugs). Most of those 50 million arrests were for simple possession.

And of those who were arrested and also had kids — and there were millions who did — nearly all were separated from their children while they were in detention, sometimes for years.

Family separations caused by drug arrests were a major contributing factor to the disintegration of the black family and to all the social pathologies that flowed from that. Not that “zero tolerance” drug policies haven’t broken up plenty of white and Hispanic families as well.

With a handful of notable exceptions, like former Boulder Weekly Editor Pamela White, I can’t recall hearing a peep out of progressives over family separations caused by the “zero tolerance” policies of the drug war.

OK, in the last few years progressives’ views on the drug war have “evolved,” and now most of them oppose it — especially as it pertains to marijuana. Good.

But that doesn’t change the fact that to this day family separations caused by “zero tolerance” drug war arrests continue to elicit near-zero expressions of progressive outrage — despite the fact that drug arrests are still occurring at a rate of over a million a year.

Meanwhile, the war to end marijuana prohibition continues, mostly under the radar, in at least one very red state, North Dakota.

According to a story at the Marijuana Moment website, an initiative petition drive for legalization of recreational marijuana in North Dakota is expected to turn in enough signatures next week to get on the state’s ballot this November.

If approved, the initiative would fully legalize recreational marijuana and create a pathway to exonerate those with past pot convictions.

To get on the ballot, the initiative needs 13,452 valid signatures. According to Eric Owens Sr., who wrote the initiative, Legalize ND has collected more than 16,000 so far, and expects to turn in about 20,000 to the Secretary of State’s office on July 9.

“We’re thousands over the required amount,” Owens told a Marijuana Moment reporter. “When people talk about grassroots, this really, legitimately was grassroots.”

The initiative comes with a back-story: vengence.

In 2016 a similar grassroots effort put a medical marijuana initiative on the North Dakota ballot. The measure passed with 64 percent of the vote. But the state legislature effectively sabotaged the measure’s implementation.

And so a small team of activists took an old political maxim to heart — Don’t get mad, get even — and launched the current drive for full legalization.

It’s logistically really tough to do an initiative petition drive in North Dakota, Owens said, “but we pulled it together — and it’s because people want to have what they voted for — and that was taken away by the legislature.”

Owens claims that internal polling shows the initiative has strong support. He also says he expects organized opposition to come from groups like the prosecutors association, the highway patrol and Sanford Health, one of the state’s largest employers.

“We don’t have money to fight them with TV or radio, we’re just going to be common sense and let people know through social media,” Owens said. “The people — plain and simple — got screwed out of their medical marijuana and they want revenge.”

One possible beneficiary of the initiative getting on the ballot could be Democratic Senator Heidi Heitkamp, who is facing a tough re-election fight in a state that went heavily for Trump. The initiative would help bring legalization-friendly younger (and Democratic leaning) voters to the polls who often skip mid-term elections. It will be interesting to see if Heitkamp comes out in favor of the initiative or tries to be a free rider.

Was King Solomon a stoner?