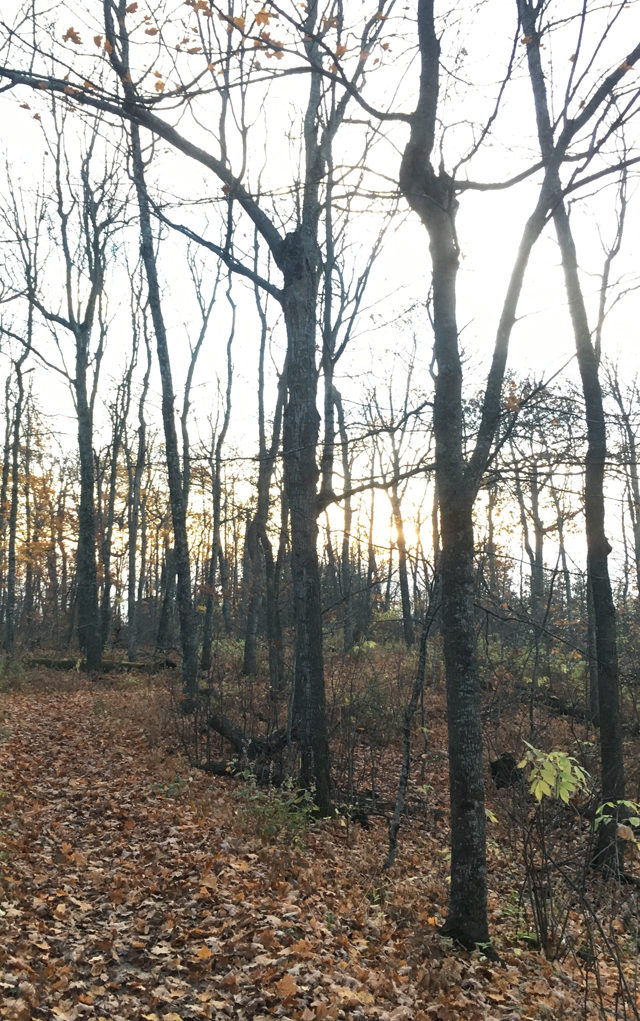 I called a good friend heartless this year. Who have I become?

I’ve always prided myself on being a rational, reasonable person. I don’t offend easily. I don’t take things personally. I welcome conversation with people I disagree with. I have a vast array of both conservative and liberal friends. I’ve teased and been teased based on contrasting beliefs, learning to laugh at differences rather than be intimidated by them. I’ve felt immune to the ideological strife that has so often defined the world around me.

But then came 2017 and something changed. I no longer feel in control.

I now know the meaning of “blinded by rage” and “blood boiling.” I’ve had visceral reactions to events and others’ responses to them; felt like the wind’s been knocked out of me by someone’s words; experienced vertigo as I attempt to process what’s being said, done and promoted.

In early November last year, underneath a photo of a trail covered by fallen orange and red leaves I posted on social media, I wrote, “Sometimes changing seasons hide the path in front of us… May we find a way forward today, tomorrow and thereafter.”

This is what I want to believe — that there is a way forward, together.

But, I am part of a demographic that overwhelmingly voted for someone I did not. I can no longer identify with the majority of white women of the Christian faith. It’s been disorienting; my identity has been shaken to the core. With it has come an almost unspeakable frustration, which leads to pessimism. My sense of trust seems ever-shrinking. Everything feels threatened; nothing feels sacred, safe or secure.

The same way the country doesn’t feel recognizable to me, I don’t recognize who I’ve become in these changing times. It’s not just that it feels like we’ve lost ourselves as a nation, in some ways it feels like I’ve lost myself too.

These days, more often than not, I default to generalizations and assumptions rather than nuanced understanding. I’ve lashed out and been downright mean to people I care about. Instead of asking questions and listening, I find myself yelling, accusing, shaming. Instead of backing down, I poke and prod, looking for a fight.

I’ve angrily hung up the phone on some of the people I respect most, resorting to passive-aggressive texts to get my point across. I’ve launched into ideological soliloquies without taking a breath, before turning on my heels and walking away, proud that mine was the last word. I’ve validated my perspective while denigrating others. In moments like this, I’ve stopped questioning the possibility that I’m wrong and others could be right.

I no longer choose to engage. I’ve closed myself off and stick with people and groups with whom I agree, seeking only affirmation of my own beliefs. I’ve convinced myself my anger is righteous, my dissent justified. I’m exhausted, too tired to hold much space for others and their opposing views.

And it’s not just in conversation. If another driver gets too close or cuts me off, I feel the anger start to rise faster than before. I’m more impatient in long lines at the grocery store. I make biting comments to complete strangers. My compassion is waning.

And yet, there’s a glimmer, the smallest whisper, of hope — in the cold air hitting my bare face in the morning as I step outside; in an apology exchanged; in laughing with my neighbor as her dog chases its tail; in the kind wave from the car next to me in traffic; in the shared tears of sorrow that remind me I’m not alone.

In these moments of clarity, I know that I have not actually become something else. The me that I know, and want to be, is still here. And the reasons I respect and care about the people I don’t see eye to eye with are still here too. In these moments of clarity, I can recognize that in all of our diversity and disagreement, beauty and breath, we are living history, together.

And we will overcome, together.