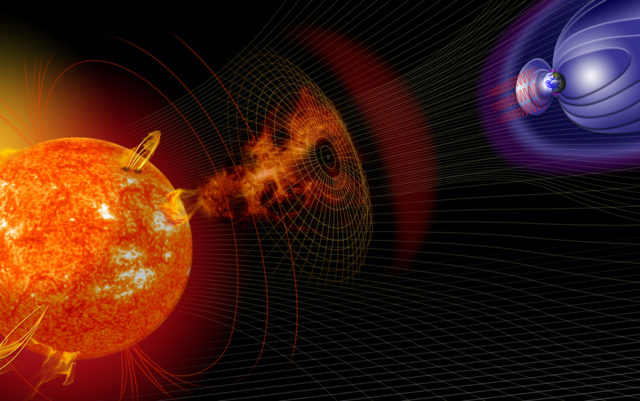 Imagine if you could test-drive your anticipated career before going through all of the effort and expense of obtaining the necessary education. It’s not possible for every job, but for sciences that require a graduate degree there is a nationwide program that offers a sneak preview of working as a researcher.

Every summer, hundreds of undergraduate students from across the country come to Boulder to gain valuable research experience through this program. For some it will mark the beginning of a long career in their chosen field, while others may decide to move in a different direction. Whatever the influence on their future career paths, students almost universally consider a summer research experience in Boulder to be time well spent.

From the year it was founded in 1950, the National Science Foundation (NSF) has supported undergraduate research assistants through grants to individual scientists. A more concerted approach called the Undergraduate Research Participation program ran from 1958 until it was eliminated by the Reagan administration in 1982. The program was resurrected in 1987 as Research Experiences for Undergraduates (REU), and it has continued operating since then.

There are currently a dozen active REU programs across Colorado, providing summer internships for students in astronomy, atmospheric science, biology, chemistry, computer science, ecology, engineering, space science and physics. The University of Colorado runs several of these programs in Boulder, but there are other comparable internships at local research labs like NCAR and NOAA.

The Laboratory for Atmospheric and Space Physics (LASP) has been running an REU program every summer since 2007. It now serves as an umbrella organization to connect summer students not only with university researchers, but also with scientists at the National Solar Observatory, the High Altitude Observatory at NCAR and the Space Weather Prediction Center at NOAA, as well as Southwest Research Institute, Space Science Institute, and other small research organizations.

By partnering with these local institutes, the LASP program stretches the available funding to support more students than can be sponsored directly by the REU grant from the NSF. This year the consortium supported a total of 27 students, with research projects related to the sun, stars, Earth, Mars, planetary atmospheres and engineering.

“Having research experience, and demonstrating that you are good at it, is one of the things that graduate schools really look for in deciding who to accept,” explains Marty Snow, a research associate at LASP who has managed their REU program for the past decade.

Snow grew up in Denver, but after graduating from Cherry Creek High School he went to Kalamazoo College in Michigan to study physics. In 1986, he spent the summer in Boulder as a research intern at the High Altitude Observatory, and he subsequently returned as a graduate student in astrophysics at the University of Colorado. His doctoral research used some of the earliest observations from the Hubble space telescope, and he has been working as a scientist at LASP ever since.

During the first few years of LASP’s REU program in the late 2000s, Snow served as a research mentor for several students. When the original REU coordinator left LASP in 2010, Snow took over the program. His previous experience as both a summer student and a research mentor has helped him organize the program to work well for everyone involved.

Students apply to the program each February with recommendation letters, transcripts of their grades and a few short essays describing their interests and motivations. The process is very competitive, with more than 400 applications this year for the 27 available positions.

Scientists at research institutes around Boulder submit short project descriptions, and each is matched with several potential students among the top-ranked candidates. Offers are sent out in March, and there is a coordinated REU acceptance deadline so those with multiple offers can choose their best option.

The LASP program begins in late May and continues for 10 weeks. Students are provided with housing at the Bear Creek apartments, and they receive an allowance for food and transportation, along with a modest stipend.

Everyone spends the first week in a “boot camp” with introductory lectures on a broad range of science topics, along with some basic computer training and a small group project to foster teamwork and build social connections.

During most of the summer, the students spend the majority of their time working on a specific research project with their scientist mentor. But there are also weekly professional development sessions for the entire group, giving them an opportunity to discuss the culture of science and build their communication skills with short presentations to their peers. In the final week of the program, each student gives a brief seminar about their research project and prepares a poster highlighting the key results.

Considering that the program can only accept the top applicants, it’s not surprising that many of the summer students go on to attend at least some graduate school, with about half eventually working toward a Ph.D. The experience working with scientists in Boulder is often the students’ first exposure to academics who are not university professors, revealing a possible career path that might appeal to them more than teaching. For those who decide that a career in research is not for them, the experience is all the more important, potentially saving them the time and debt from a graduate education that would not really serve their interests.

“I would call the program pretty successful, not just in that it helps the students decide on their career paths,” Snow says, “but also that they come away with the idea that this was a very good way to spend their summer.”