Go away, Chris Brown
The human pile of garbage known as Chris Brown has proven once again that he should move to a deserted island in the middle of the ocean to rid the world of his abhorrent antics.

Tuesday, Brown’s houseguest, Baylee Curran, called 911 after Brown allegedly pointed a gun in her face. After a 14-hour standoff with the police, they obtained a warrant to search his home.

During the ordeal, Brown took to the pulpit fitting for the situation: Instagram.

“Y’all gonna stop playing with me like the villain out here. Good luck when you get the warrant … you idiots,” he said.
It’s “luck” those idiots must have had when they arrested Brown on suspicion of assault with a deadly weapon. But Brown was unfortunately released on $250,000 bail Tuesday night.

-In 2009, he was arrested for beating R&B singer and then-girlfriend Rihanna.

-In 2011, he threw a chair out at a window on the set of Good Morning America.

-In 2012, he dressed as an Islamic terrorist for Halloween, posting a picture on his social media with the caption “Ain’t nobody f—kin’ wit my clique!!!”

-Also in 2013, he voluntarily entered a three-month rehab program, but was kicked out after only two weeks for breaking rules of the facility and acting violently.

Not to mention being involved in various fights with celebrities, both verbal and physical, probation violations, accusations of fraud and a current ban from entering the United Kingdom and Australia.

It was Brown’s neighbor Rodu Akbarian that gave the most relevant comment about the situation to The Mirror:

Couldn’t have said it better.

Why we suck as voters
Anyone just tuning in to the 2016 political season would come away with the impression that voters are completely fed up with all the dysfunction in Washington D.C., and are going to finally make some change this time around. 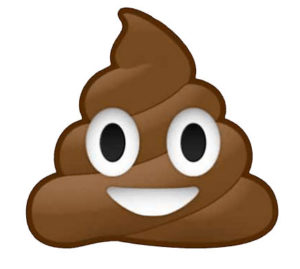 You hear that, Washington politicos? We aren’t going to take it anymore and we’re going to send you all packing… well some of you at least… well maybe a few of you anyway… oh hell, you can all stay.

What is wrong with us? The whole country is melting down, the gap between rich and poor is spreading like a fault line in the movie San Andreas (it’s a B-movie starring The Rock that you didn’t see), Obamacare is on the verge of collapse because greedy healthcare companies are collapsing it, and Hillary Clinton and Donald Trump are our choices for president.

So what do we do with our votes in the primaries? We reelect John McCain, Marco Rubio and effing Debbie Wasserman Schultz, three of the biggest turds our political system ever laid.

If we can’t even flush these dishonest panderers, then how are we ever going to escape the will of the corporations and billionaires who rule our imaginary democracy?

We deserve what we get. We suck as voters.