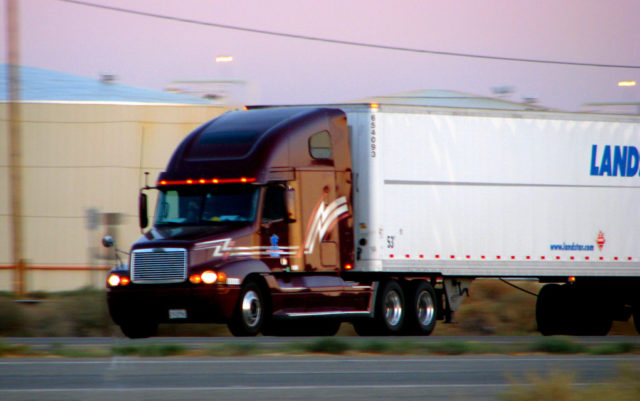 It’s a bird. It’s a plane. No it’s… a self-driving semi-truck barreling down I-25 from Fort Collins to Colorado Springs, delivering 50,000 cans of Budweiser, driving right next to you and me. You know what’s worse than cheap beer? Cheap beer that now costs approximately 60 cents more, while putting all of our lives at risk.

This driverless technology costs approximately $30,000, and despite its name, still requires a hired and paid driver to be in the cab. Although admittedly, they don’t have to be in the driver’s seat, as long as they buckle the seatbelt to avoid that annoying seatbelt alert signal from going off incessantly. Which means they can be doing anything else productive, like scrolling through their phone, watching movies or even stretching out on the bed in the sleeper cab and snoring away, all while on the clock. This sounds like the perfect solution to the truck driver shortage our country is currently facing. “Here we’ll pay you to sleep, while a robot drives a 40-ton truck through our state’s biggest cities.”

Well it looks like Anheuser-Busch has taken the bait, invested in the driverless technology and sent it’s first shipment on its way in the middle of the night Tuesday, Oct. 24. While the company hasn’t announced it will actually raise the price of the iconic American beer to cover the increased cost of driverless delivery, we’re sure we’ll all be feeling the pain sooner or later, one way or another.

Is the election over yet? No? Fine. Here we go…

As a nation, we’ve endured countless hours of news coverage, we’ve been buried in thousands of sound bites, we’ve driven by never-ending campaign signs, we’ve sat through mind-numbing political ads, we’ve slammed our head against the wall as a family member casually asks, “So what about this election, huh?”

It’s clear, more than ever, that the country needs a collective break. Something relaxing, and maybe even something that could serve as an emotional release… something like… an Adele concert. There’s something about that British songstress that can make us put down our political party shields, and we can all cry together as she croons, “Nevermind, I’ll find someone like youuu.”

So we don’t blame Professional Nasty Woman Hillary Clinton for taking some time out of her campaign to enjoy a concert from the bodacious songstress.

Well, we don’t blame her, but Professional Evil Creamsicle Donald Trump does.

While Trump has been working away on the campaign trail, googling “how to offend every registered voter,” he took some time to talk to ABC News Today and criticized Clinton for taking time off.

He threw a tantrum about Clinton’s concert going — basically repeating “wrong,” “bigly wrong,” “hugely wrong,” “she’s the puppet” like a malfunctioning Oompa Loompa robot — before praising himself for taking time off the trail to work on his hotel. Under budget and ahead of schedule, don’t ya know?

Somehow he forgot to mention how famous chef Jose Andres dropped out of running one of the hotel’s restaurants, after Trump called Mexicans criminals, drug traffickers and rapists.