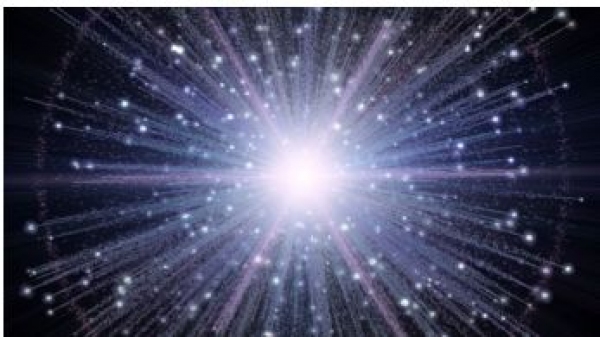 Researchers announced this week that they have seen B-mode gravitational waves (ripples in space-time), a sighting that constitutes the strongest evidence to date of the existence of the Big Bang.

The research was a collaboration between astrophysicists at Harvard- Smithsonian Center for Astrophysics, the University of Minnesota, Stanford University, the California Institute of Technology and NASA’s Jet Propulsion Laboratory, and if confirmed, is likely to be amongst the most important discoveries in modern physics.

Like St. Patrick drove the snakes out of Ireland, beer companies are working to drive the homophobes out of St. Patrick’s Day. Two of the nation’s biggest St. Patrick’s Day celebrations, those in Boston and New York, were on the business end of a vicious PR backhanding when beer giants, Sam Adams, Heineken and Guinness pulled out as parade sponsors just days before the parades over the respective festival’s discrimination against groups that wished to march as openly LGBT in the parades. Mayors Bill de Blasio of New York and Marty Walsh of Boston also skipped the festivities. A chemical burn, that is, boyo.

Colorado Olympian Gus Tenworthy made headlines blare and hearts swoon when he announced that he would adopt a family of stray dogs displaced by the construction in Sochi to be sure they weren’t rounded up as part of the Russian puppy pogrom to clear the streets for the Olympics. After nearly a month of paperwork, a long journey, and an appearance on NBC’s Today Show in New York, Tenworthy’s trio of totes adorbs dogs arrived in Colorado this week, ensuring that they would be safe and Tenworthy would never lack for a date ever again.

Tenworthy is also working to improve adoption programs, both here and in Russia.

In possibly the least cool super-teamup ever, Colorado school superintendents have launched a coordinated letter writing, outreach and lobbying campaign to combat years of education cuts. They say that though the state’s economy is recovering, funding is not, and they are reaching out to parents, legislators and anyone who will listen to drive their point home.

“Politicians and special-interest groups have really started to shape the K-12 agenda, and absent from any conversations regarding that have been superintendents,” Cherry Creek Schools Superintendent Harry Bull told the Denver Post.

Superintendents are reportedly paying weekly visits to the Capitol.

It’s something of a punchline that Detroit is about as close to a full-time Mad Max larping extravaganza as you’re likely to find in the First World. But headlines that emerged this week showed how unfunny that is. A warehouse full of 11,000 unprocessed rape kits discovered in 2009, representing DNA evidence of rapists dating as far back as the 1980s, has already revealed more than 100 serial rapists, though only 1,600 of the backlogged kits have been processed so far.

To date, the effort to process the backlog has resulted in 14 convictions. It’s estimated that 400,000 kits nationwide remain unprocessed.