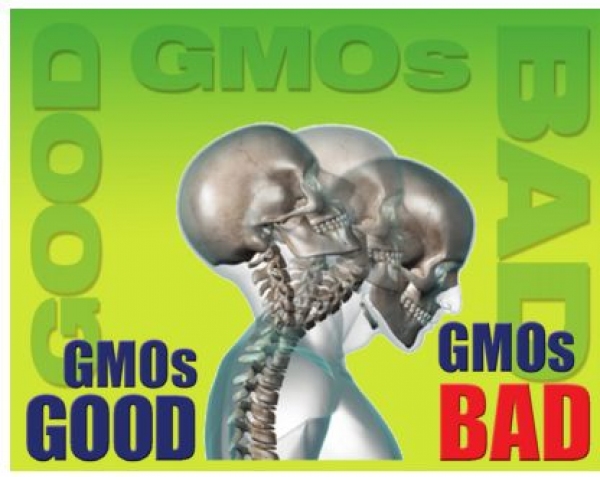 On Dec. 18, the day before the Boulder County commissioners were to announce their decision regarding the planting of GMO crops on county open space lands, the Camera decided to give them plenty of political cover by endorsing the use of these frankencrops on our open space.

After duly noting in its editorial that the “politically popular” position would be to oppose GMOs — this is an acknowledgement that the majority of Boulder residents are opposed to the use of genetically modified crops on their open space — the daily newspaper went on to explain its position. “We were swayed by the scientists who said GMOs are safe … We were swayed by the members of the Cropland Policy Advisory Group (CPAG), who spent the most time on this issue … We were swayed by the conventional farmers, who were treated most unfairly … So when some of the overblown fears about GMO crops have been angrily expressed — pollen drift, or massive soil erosion, or even sick corn-fed chickens — it just doesn’t ring true.”

While the editorial made no mention of those opposed to GMOs trying to secure uranium from Niger, you get the point, and apparently so did the commissioners. But hold that thought.

Exactly 10 days later, on Dec. 28, after the damage had already been done, the front page of the Camera was singing a different tune. This time the paper ran a well-researched Associated Press story by Rick Callahan that declared: “One of the nation’s most widely planted crops — a genetically engineered corn plant that makes its own insecticide — may be losing its effectiveness because a major pest appears to be developing resistance more quickly than scientists expected.” We assume that these are not the same scientists who “swayed” the Camera’s editorial board.

The Callahan piece went on to say, “The U.S. food supply is not in any immediate danger because the problem remains isolated.” This statement implies, of course, that the food supply could be threatened if this situation stops being isolated and spreads, which is possible only because there is hardly any non-GMO corn left in the U.S. The genetically modified corn that the Camera is now warning us about is the same so-called Bt corn that we are currently growing on our open space lands. The same corn the newspaper “swayed” us to believe was safe just 10 days earlier when it referred to Boulder residents’ concerns about GMO crops as “overblown.” And worse yet, not everyone, including the EPA, is convinced that the problem is all that isolated.

According to Callahan’s AP story, “The Environmental Protection Agency recently chided Monsanto, declaring in a Nov. 22 report that it wasn’t doing enough to monitor suspected resistance among rootworm populations. The report urged a tougher approach, including expanding monitoring efforts to a total of seven states, including Colorado, South Dakota and Wisconsin. The agency also wanted to ensure farmers in areas of concern begin using insecticides and other methods to combat possible resistance.”

Odd advice, since one of the main arguments touted for growing GMO crops during the public input hearings was that the crops made it possible to avoid using the dangerous insecticides that the EPA is now advising farmers in states like Colorado to start using, due to the problems with Bt corn. Those problems are similar to other GMO crop failures, such as Bt cotton in India, which studies show led to increased, not decreased, insecticide use once pests were resistent.

Just to make sure there is no confusion, scientists have been aware of this problem since 2009, and the EPA report referred to on the front page of the Camera on Dec. 28 came out the month prior to the paper’s endorsement of GMO crops on open space.

Note to Camera editorial board: Next time you tell the majority of Boulder citizens that their concerns are “overblown” and fly in the face of science, tell your wire editor not to run an actual news story that proves that the citizens are right, and that you are wrong. It’s enough to cause a bad case of editorial whiplash.