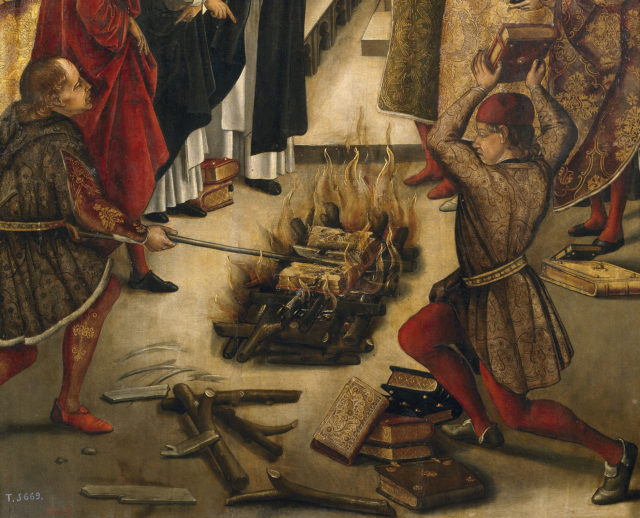 I was at the Kapi’olani Farmers Market in Honolulu a few years ago. It was my first time in Hawaii, and I had a field day buying and tasting fresh, hand-plucked soursop, lychee, apple bananas, pineapple and mango. I ate meaty, knuckle-sized macadamia nuts, sipped fresh Kona coffee and pounded purple ube muffins. After feasting for an hour, I eyed a long line that led to an abalone stand.

Abalone is a bit of a culinary white whale, to mix maritime metaphors. It’s an endangered species that’s critically overfished, and so not easily found. But its gustatory reputation is immense. I had heard its taste is unique — like a truffle’s is — its texture as silky as marrow and its briny veil scintillates on the tongue. In Hawaii, there are responsible abalone farmers raising the esteemed mollusk and selling it on the island, without imperiling its very existence.

Out of cash and my belly full, ruing my splurge of belly and wallet, I decided if I were lucky enough to return to Hawaii, I’d stand in that line and fork over all my dough to eat one.

Luck was on my side. I returned to Hawaii. I waited in line. I paid $40 for three abalone, two grilled and slathered in soy sauce, one raw, all placed back on their opalescent shells. I stood in the shade of a banyan tree and slurped them down.

I felt scalloped after reading Ulysses. Here is a book that “has all the answers,” I’d been told, a book that resides near the top of every list of the greatest novels of all time, an important book with which every serious reader needs to reckon.

It’s also a book that sucks to read. James Joyce’s archaic references, scattershot narration, made-up words and uncontextualized dialogue make a chore out of pulling meaning from the book.

Four times I’d tried to read Ulysses and four times I’d put it back on the bookshelf alongside books I had read, the indented black words on its cover morphing from “Ulysses” to “You know you’re not allowed to tell people you read this, right?” I couldn’t enjoy other books knowing it lurked in the shadows, so I turned on the high beams, hunkered down and read it, skimming the incoherent parts and letting my eyes go numb, like I’m trying to find the picture in a Magic Eye book, which I could never do, feeling joyless and confused until I got to the end.

I was a kid and I’d be sitting in my bed and I’d zero in on one fiber of the carpet. Immediately, I’d be shrunk down to the size of the fiber, and it freaked me out that I knew how large the world was, how long it would take to get to just the door of my bedroom, at that size. And then I’d shrink down to the size of one speck of dust on one thread of one fiber, and the knowledge of the infinite molecules between me and the door, visualized by a counter whose numbers spiraled infinitely upwards, usually jostled me awake in a cold sweat. Unable to verbalize the weight and enormity of that, I just screamed.

Incoherent, uncontextualized screaming about the infinite size of the universe. My nightmare and Ulysses.

So I should not have bought Infinite Jest. Acknowledging that it had no “recognizable components” or “entry points,” Dave Eggers wrote in its foreword, “It would be very unlikely that you would find a reader who, after finishing the book, would shrug and say, ‘Eh,’” which is not an endorsement. In fact, it should have been a warning to stay the hell away from it and not let it scallop me.

The first time I tried to read it, I got 100 pages in (plus three out of 100-plus pages of footnotes so tedious I audibly groaned at the sight of superscript) and quit. The second time, I got 600 pages in, quit and didn’t read anything for almost a year, figuring I needed to keep all the book’s winding narratives unsullied by other, tidier plot lines, otherwise I’d never get back into it.

After over a year hiatus, I finished the final 400 pages or so. Scalloped again. I didn’t say ‘Eh,’ but I probably did say, ‘Huh.’ Now as a book-reading white dude who, in college, tried to win girls by virtue of the books I carried around, cover out, I loved David Foster Wallace, and still do. And Infinite Jest is certainly something — I’d liken it to a self-guided tour to every fold of a human brain. But I don’t look back on it fondly. Its characters stay with me, but only in the way a dent stays in a skull after a copy of Infinite Jest has hit it.

“Is it our duty to read Infinite Jest?” Eggers was once asked. “This is a good question,” he wrote in the book’s foreword, “and one that many people, particularly literary-minded people, ask themselves. The answer is: maybe. Sort of. Probably, in some way. If we think it’s our duty to read this book, it’s because we’re interested in genius.”

But the bigger question is: Do we have a responsibility to attempt challenging and new endeavors? And if the answer is yes, how do we avoid cynicism when we find a scallop at the end of an abalone line, ‘Meh’ at the end of Ulysses?

When I was 20, a buddy and I rode our bicycles 4,200 miles across the country. Early in the trip, when I was getting my road legs, and particularly on slogs up and down the Appalachian Mountains in Virginia and Kentucky, I fantasized about the feeling of arriving at the Oregon coast. I imagined dropping my bike and running into the Pacific, and popping, and chugging, a 40.

When I ultimately got to the coast, my immediate thought wasn’t, “This is glorious, where’s the Budweiser?” It was more, “So that’s it, huh?”

This all makes me sound like a prick who can’t enjoy something unless he knows how and how much it’s going to benefit him. But what I realized later was that I was bummed at the end of the trip because I was going to miss every day’s little moments: Eating breakfast at diners, chatting with folks in small towns, riding my bike all day long in the sun, playing cards with my buddy at night and camping under the stars; milkshakes in a pastor’s house, riding in the back of a bourbon distillery tour guide’s pickup in a tornado, selecting “Cotton Eye Joe” 15 times in a row on a jukebox in a Hartsel bar and then leaving…

DO YOU KNOW THIS ALREADY BC I DIDN’T

Somewhere along the way, I forgot I had set out to accomplish a big, fat, hairy goal, and instead just lived inside it. I effectively descalloped myself.

Now if I hadn’t been so focused on just finishing Ulysses and so concentrated on hating it, the answer was, I think, I hate to say it, within its many, many convoluted pages.

Flummoxed by why people would celebrate this book every year, and why, 100 years later, literary minds still consider it essential, I reread Ulysses. With Spark Notes. Like a ninth grader.

I don’t feel ashamed about that, by the way. How else would I know when Joyce decides to randomly insert narration from another time and place into scenes in Episode 10? How else would I know Joyce was attempting to recreate nine styles of outdated English literature in Episode 14, and not, as I had assumed, fucking with us? I suppose I could’ve inferred that Episode 15 was a series of hallucinations when Leopold Bloom gave birth to eight children and a woman thanked him for masturbating to her in public, but then again, I didn’t the first time around. Episode 18 is 25,000 words and nine sentences. One episode starts with a long list of incoherent fragments. Another is 300-plus questions and answers. Another is cut-up by newspaper headlines. Words and people blur together. And there’s no goddamn context for anything!

Turns out, that’s kind of the point.

“Observe the attention to details of dustspecks. Never put on you tomorrow what you can wear today. Parallax!” says Bloom’s grandfather during a fever dream about pleated skirts.

Joyce’s dustspecks — the “scrotumtightening sea,” his “chookchook” chickens, calling stamps “stickyback pictures” and cheese “corpse of milk,” Stephen Dedalus’ righteous disdain for scholars, Molly Bloom’s clarifying monologue, an ever-changing narrative style and audacious commitment to pushing every boundary of the English language that feels dangerous, raw and laudably batshit, even today — are there on purpose, to be observed and enjoyed and experienced.

You could read Ulysses over and over again until you die and not pull out every speck of dust. At what point do you stop? Will you ever feel like you got the abalone you came for? Can you ever count all the dustspecks in the carpet of your darkest dreams?

Nope. Probably not, at least. Give in to it. And if you can’t, just burn Ulysses and move onto something else.

It would’ve been apropos to burn the maps and end the bike trip in Vesuvius, a small town deep in Virginia’s Blue Ridge Mountains. If I had considered all the peaks I needed to pedal over to get through just Vesuvius, all the miles, all the feet, all the specks of concrete in the road and all the subatomic fibers of which they were made, and then added all the headwinds in Kansas, the days on incline in the Rockies, getting stuck on a mountain with a flat tire in Montana, I would’ve said, “Hasn’t this gone on long enough?”

Instead I put my head down, kept pedaling, spent the night at a woman named the Cookie Lady’s house, which had a robotic, life-sized Santa with whom she swayed as it doot-dooted “Jingle Bells,” woke up and kept going, all the way to the snotgreen, scrotumtightening sea, nary an abalone in sight.