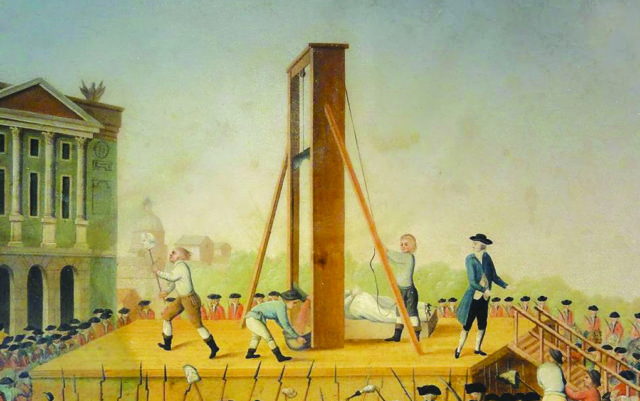 Let’s hope this isn’t an example of fake news in The New York Times.

Last Friday (Feb. 17) the Times reported that it had “obtained” an “internal memo” from the Office of Management and Budget that contained a “hit list” of nine federal agencies and programs it wanted to see eliminated.

The list included several perennial Republican targets for elimination, including the Corporation for Public Broadcasting, the Legal Services Corporation, AmeriCorps and the National Endowments for the Arts and the Humanities. No surprises there.

But it also included one agency that you would most definitely not expect to find on a Republican administration’s hit list: The Office of National Drug Control Policy (aka the Office of the Drug Czar).

“Mr. Trump has spoken volubly about the nation’s drug problems, yet the list includes the White House’s Office of National Drug Control Policy, which dispenses grants to reduce drug use and drug trafficking,” the Times reported without elaboration.

“Grants to reduce drug use and drug trafficking” isn’t the only thing the office dispenses. It also dispenses a steady stream of anti-marijuana propaganda and outright lies. It also has actively campaigned against legalization initiatives. When it comes to providing information about marijuana, the office is required by law to disseminate only information about its ill-effects and is prohibited by law from funding research that might show it has medical benefits.

Sending the Office of National Drug Control Policy and the Drug Czar to the budgetary guillotine would be terrific news, but the Times’ report should be read with some caution, for at least two reasons.

First, the paper reported the memo was circulated within the Office of Management and Budget on Tuesday, Feb. 14, three days before former congressman and budgetary hard-ass Mick Mulvaney, Trump’s choice for budget director, was confirmed by the Senate. That suggests the hit list may reflect the work product of staffers and not the thinking of the director.

The day before the Times’ story on the hit list came out (Feb. 16) Trump was in South Carolina touring Boeing’s assembly plant and praising the company and its products. Effusively. Which raises doubts about the accuracy of the story.

Still, there is one good reason to believe Trump may well be thinking about giving the chop to the Drug Czar and his retainers: They’re a bunch of losers.

The Office of National Drug Control Policy has been doing its thing for 28 years. The most notable thing that happened on its watch, if you don’t count the arrests of say 40 million Americans (half of them for pot) and the growth of federal spending on the drug war to about $25 billion a year, is the emergence of a national opioid epidemic that is currently killing about 15,000 Americans a year. In other words, the policies created by the Office of National Drug Control Policy leave a lot to be desired.

If the Office of National Drug Control Policy was the policy-making arm of a private sector corporation, the company would have sacked everyone in it for incompetence and non-performance years ago.

Trump has never been bashful of getting rid of non-performing business units and firing non-performing employees. It’s hard to think of a more obvious example in the Washington swamp of both than the Drug Czar and his court, and more deserving candidates for a presidential “You’re fired.”