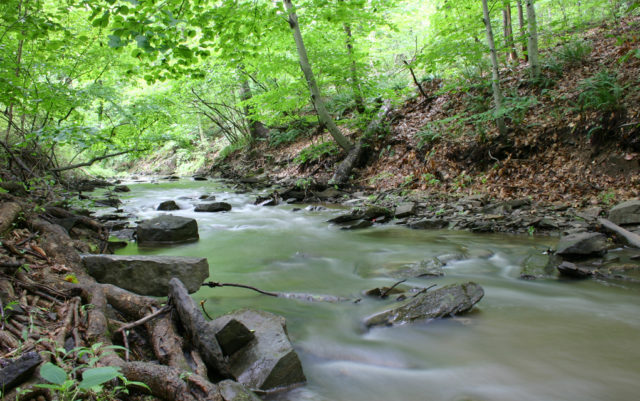 In 1973, science fiction writer Arthur C. Clarke suggested that any sufficiently advanced technology is indistinguishable from magic. Accurate predictions of the weather several days into the future might seem routine now, but hundreds of years ago it would have appeared miraculous. Imagine if scientists had the capability to forecast other aspects of nature: What regions will be most at risk for wildfires this summer? How bad will the mosquitoes be at your favorite campground? When and where will autumn leaves burst into color? This year, a network of ecological observatories headquartered in Boulder is ramping up to provide exactly the types of data needed to make nature forecasting possible.

The National Ecological Observatory Network (NEON) will soon complete the construction of 81 scientific observing stations, sampling the full range of regional climates and environments across the continent. About half of the sites are at fixed locations, divided equally between land and water, while the other half can be relocated periodically over the expected 30-year time frame of operations. The project was initiated more than 20 years ago by then-Director of the National Science Foundation (NSF) Rita Colwell, and like many top-down initiatives it has struggled to build a constituency.

“In the late 1990s, the ecological community began discussing and considering what a large-scale ecological network might look like,” says Sharon Collinge, former scientific director of NEON and a professor of environmental studies at the University of Colorado. “Many people who were involved at the time identified Boulder as a central hub of environmental science research.”

Collinge grew up in rural Kansas, where her parents both came from farm families. She recalls that she was always curious about the natural world and was intellectually stimulated by the complexity of ecological systems. After studying biology at universities in Kansas and Nebraska, she earned a doctorate in landscape ecology from Harvard. She moved to Boulder in 1998 to join the faculty at CU, just as the idea for NEON was being hatched. Twenty years later, she took a leave of absence from CU to become the scientific director of NEON, but less than a year after starting, she stepped down in protest of some controversial decisions by the project’s corporate manager.

The NEON project was originally contracted to NEON Inc., a local organization that was specifically created to manage the unprecedented facility. Construction of the field stations began in 2012, but after the project fell behind schedule and significantly over budget, the NSF decided to pull the contract and seek new bids. In 2016 the contract was awarded to Battelle Memorial Institute, a corporation based in Columbus, Ohio, that has primarily served the Departments of Energy and Homeland Security. By the end of 2018, Battelle had completed 80 of the 81 field stations, and ended up spending $10 million less than the revised $469 million construction budget.

Shortly after the new year, while the U.S. government was still shut down, executives from Battelle came to Boulder and fired two senior managers at NEON without informing or consulting with Collinge. One of those managers was Wendy Gram, an ecologist with 10 years of experience on the project, who was effectively the deputy director under Collinge. Battelle insisted that it was just trying to streamline management for the shift from construction to operations. But the move forced Collinge and other members of the ecological community to question whether the scientific director of NEON would have the authority to successfully lead the project.

“Being asked to be accountable for the success of a multi-million dollar project without any capacity to make budgetary or personnel decisions is just unheard of,” Collinge remarks.

Within hours after Collinge resigned in Januray, Battelle also dissolved a scientific advisory committee of experts from around the country, reinforcing the tension between the contractor and the scientific community that NEON was designed to serve. Within a week Battelle reconstituted the committee in response to the outcry, but questions remain about how NEON will operate in the future. Without broad support from the ecological community, NEON could become a high-tech facility with no users.

Despite these stumbling blocks, Collinge remains optimistic about the potential of the project to transform ecological research. In a recent editorial, she wrote: “At this moment, nearly 300 field scientists are out in deserts, grasslands, forests, and streams taking measurements that will turn into over 180 freely available NEON data products. The collection and delivery of these data are designed to enable transformative research on U.S. ecosystems at previously unimaginable spatial and temporal scales.”

The focus of previous efforts to forecast ecological systems has been on time scales from decades to centuries, seeking to understand the likely plant and animal responses to climate change, for example. The new data provided by NEON will allow researchers to watch these changes play out in real time, and make recommendations for better management and conservation of ecosystems that we all depend upon, like agriculture and fisheries. Just as with weather forecasting, the feedback between predictions and observations will also gradually improve the accuracy of the forecasts, improvements that might proceed much more slowly without the new data.

It may seem far-fetched now, but NEON has established the foundation for the next revolution in our understanding and eventual prediction of natural systems. If Arthur C. Clarke were alive today, even he might find it indistinguishable from magic.