In the 1960s, the Apollo missions to the moon inspired a generation of scientists and engineers to pursue careers in space exploration. On the heels of those successes, the Voyager missions to the outer solar system inspired my generation. I vividly remember the anticipation of waiting for the next set of full-color images to appear in National Geographic magazine: Jupiter in 1979, Saturn in 1981, Uranus in 1986 and Neptune in 1989. Around the time of this final encounter, scientists began pushing NASA for a dedicated mission to Pluto. Last July, the New Horizons mission finally reached its destination.

By now you have probably seen the stunning new images of Pluto and its largest moon Charon. What you may not realize is that the New Horizons mission has many connections to Colorado. “There was a studentbuilt instrument from CU,” says Alan Stern, principal investigator for the mission and planetary scientist at Southwest Research Institute in Boulder. “Lockheed Martin built the rocket, Ball Aerospace built the main camera system, and many local small businesses were involved.” Stern came to Boulder in 1983 to work at the Center for Astrophysics and Space Astronomy before earning a doctorate in astrophysics and planetary science from CU in 1989. In 1994 he established the Boulder branch of Southwest Research Institute, and in 2001 he led a successful proposal to NASA for the mission to Pluto.

Blasting off from Cape Canaveral in 2006, New Horizons is widely known as the fastest spacecraft ever launched. While the Apollo missions spent 90 hours to reach the moon, New Horizons whipped past it in just nine hours. Like previous missions to the outer solar system, the spacecraft then headed to Jupiter, making a slingshot maneuver around the giant planet to gain additional speed. Earlier probes took about five years to reach Jupiter, but New Horizons got there in just 13 months. Picking up speed to an impressive 23 kilometers (14.3 miles) per second, the encounter with Jupiter shaved three years off its long journey — but it would still take eight more years for New Horizons to arrive at Pluto. Yes, even the fastest spacecraft ever launched took nearly a decade to reach the edge of the solar system. Space is big. If New Horizons continued at its present speed toward the nearest star system, it would take more than 75,000 years to reach Alpha Centauri.

Shortly after New Horizons was launched, the International Astronomical Union (IAU) infamously adopted a new definition for planets that excluded poor Pluto. Why did this happen? Starting in 1992, astronomers began to discover many small objects outside the orbit of Neptune that appeared similar to comets, but which never came close enough to the sun to evaporate and develop tails. As time went by and the technologies for detecting these objects improved, surveys began to turn up some that were comparable in size to Pluto. Theories suggested that there were likely to be hundreds or thousands of such objects in the outer solar system, so classifying them all as new planets could create real problems for school children trying to remember them all. So the IAU decided that Pluto should now be called a “dwarf planet,” the prototype of this new class of objects.

Whether you consider Pluto a planet or a “dwarf planet,” the images from New Horizons are once again redefining the way astronomers think about these icy objects.

“Pluto is complex beyond anybody’s expectation,” Stern says. “There’s a place we informally call ‘Sputnik Planum’ that is the size of the state of Texas, and it was born yesterday, geologically speaking.”

Stern explains that planetary scientists use craters to determine the ages of surface features. Areas with many craters must have formed a long time ago, while pristine surfaces must be relatively young.

“The solar system has been around for about 4,500 million years, and Sputnik Planum is less than 10 million years old,” he says. “That is beyond perplexing, it is astounding.”

The small bodies at the edge of the solar system were always presumed to be geologically dormant, so the new observations have challenged conventional wisdom.

One of the most significant achievements of New Horizons has been its ability to inspire the public. It has been 25 years since the Voyager encounter with Neptune, and this is the first time that NASA has visited a new large object in the solar system during the lifetimes of most college students.

Stern has been giving presentations around the country, almost once a week since July, and he hears the same thing from young people at nearly every venue.

“New Horizons is the best thing that’s happened in our lifetimes,” they say.

Let’s hope that space exploration will continue to spark that fire in the next generation.

Travis Metcalfe, Ph.D., is a researcher and science communicator based in Boulder, Colorado. Read previous columns and support the future of the Lab Notes series at labnotes.whitedwarf.org 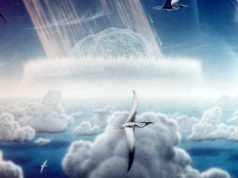 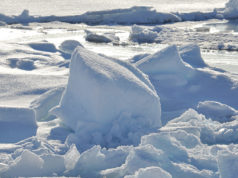