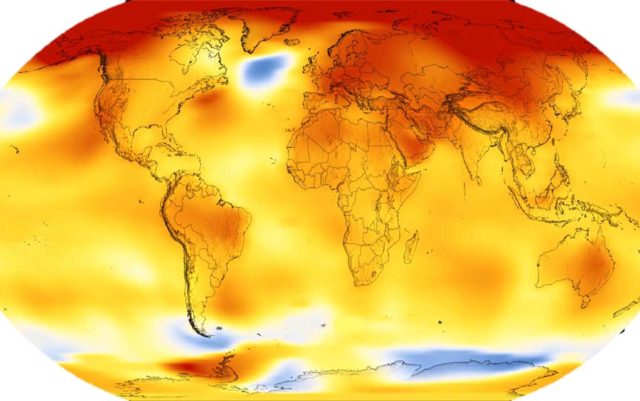 In his 2001 book Who Owns the Sky, entrepreneur Peter Barnes suggests that any system designed to tax heat-trapping pollution must redistribute the revenue equally among the affected citizens. France provides a recent example of what can happen when climate taxes are perceived as unfair, with the “yellow vest” protests against a proposed fuel tax increase now ongoing for more than three months. Although the events in France may seem distant and unconnected to climate policy in the United States, the two countries have actually been waging an ideological battle that has intensified since the 2016 elections, with direct impacts on Boulder.

During his 2016 campaign, Donald Trump promised to withdraw from the Paris Agreement on climate change mitigation, which was negotiated and signed by 195 countries in 2015. The goal of the agreement was to prevent the global average temperature from increasing more than 2 degrees Celsius above pre-industrial levels. Less than six months after taking office, Trump made good on his promise, announcing in June 2017 that the United States was pulling out. Immediately following the announcement, French president Emmanuel Macron posted a video on social media urging climate scientists in the U.S. to come work in France and “Make our planet great again,” an obvious jab at Trump’s campaign slogan.

“My initial reaction was that Macron’s speech was a political stunt, and I was surprised when they followed it up with a real funded call,” says Ben Sanderson, a research scientist who spent 10 years working at the National Center for Atmospheric Research (NCAR) in Boulder. “In the context of a U.S. administration, which was outright skeptical about science, and climate science in particular, the French government was literally calling out to climate scientists to begin a new career in France.”

After visiting Boulder while finishing his doctorate at Oxford University, Sanderson joined NCAR in 2008 and quickly climbed the ranks as a research scientist. The primary focus of his work is to assess the risks of possible societal responses to climate change, given the uncertainties in models of the climate system. Early in 2017, he published a paper with coauthor Reto Knutti evaluating the potential impact of an eight-year delay in efforts to mitigate climate change. They found that such a delay in the U.S. would probably make the goals of the Paris Agreement unachievable, particularly if it was accompanied by cuts to renewable energy research or if it set a precedent that other countries followed.

“For me, a central reason to be doing climate science is to do research which can inform decisions,” Sanderson explains. “That means highlighting the future consequences and risks to society associated with today’s emissions policies. I felt like that was work which could not be done under the present administration.”

By the end of 2017, Macron’s “Make our planet great again” program announced the first selection of 18 scientists to receive four-year grants worth $1.8 million each and move their research programs to France.

Thirteen of those scientists were based in the U.S., four of them in Boulder and a fifth in Golden. Sanderson was selected to join a research center in Toulouse, where he could continue working at the intersection of climate science and policy. He and his wife, who was also a climate scientist at NCAR, moved to France last July with their young son. They had no idea what was about to unfold in response to Macron’s policies.

Starting in mid-November 2018, and continuing every weekend since, protests known as the gilets jaune movement have rocked major cities across France. Named for the “yellow vests” worn by demonstrators, the protests were a response to increased fuel taxes proposed by Macron to discourage fossil fuel use. Rather than supporting efforts to mitigate climate change, the fuel taxes were widely seen as a way to fund tax cuts for big businesses, which the government had enacted earlier in the year.

The resulting shift in taxes was perceived as unfair to the working class, and the outcome was a populist backlash against Macron.

“The gilets jaune movement started a few months after our arrival and put Macron’s climate policies in the stark context of reality,” Sanderson says. “Even in France, a country where the vast majority of people believe in climate science, a modest attempt to tax carbon has caused the near downfall of a government.”

A system to avoid these pitfalls was proposed by Barnes in his 2001 book. The basic idea is that any tax on fossil fuels will ultimately lead to higher prices for everyone. To offset the increased expenses, revenue from the tax should be divided equally among all citizens and refunded through an annual dividend payment. Those who avoid the extra tax by reducing their energy consumption would come out ahead, while others who live less efficient lifestyles would have to pay for the consequences. By redistributing the tax revenue back to the people, the system would shift power to individuals and avoid questions about fairness that have plagued the French fuel tax.

“It’s been a grounding exercise, making us realize that the conflict and societal disagreement which have rocked the U.S. over the last few years have been mirrored elsewhere,” Sanderson says. Hopefully, additional research will help France, and the rest of the world, identify the best way to make the planet great again.