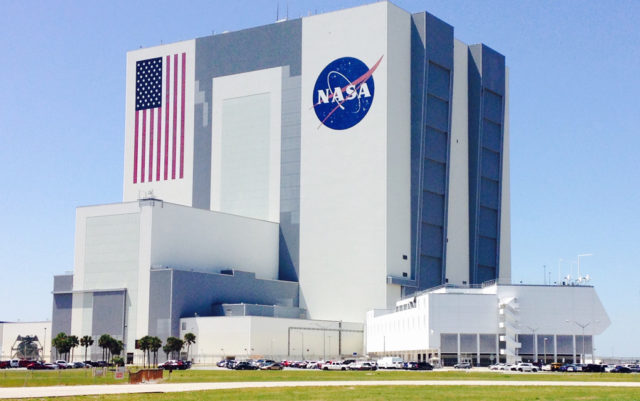 Four miles from the launch pad, standing on the roof of the 44-story vehicle assembly building where NASA constructed the space shuttles, I hold my breath during the final seconds of the countdown. SpaceX is about to launch NASA’s Transiting Exoplanet Survey Satellite (TESS) into a highly elliptical orbit between the Earth and the moon, a stable vantage point for it to scan 85 percent of the sky over the next two years.

For the past several days, NASA scientists have been telling the other journalists on this rooftop that TESS will search for planets around the nearest and brightest stars in the sky. Although the refrigerator-sized satellite will certainly find the closest neighbors to our solar system, it will do much more to probe the complex life stories of stars like our sun.

I am attending the launch as a journalist because my efforts to attend as a scientist were unsuccessful. Aside from the core science team based at the Massachusetts Institute of Technology and NASA’s Goddard Spaceflight Center (GSFC) in Maryland, only a handful of astronomers from across the country were invited to attend. The VIP list also includes some high-ranking representatives of a large international collaboration that I work with, and a small group of guest investigators whose proposals for exploiting the TESS observations were selected for funding. In early March I applied for media accreditation, and in early April I learned that I’m on the list. A few days after making last-minute travel arrangements, I am in Cape Canaveral, Florida.

The TESS mission will monitor the brightness of 200,000 stars all over the sky, looking for periodic dimming from planets that pass in front of their star (see “Prospecting nearby worlds,” Boulder Weekly, Jan. 11, 2018). Planetary systems are oriented randomly in space, so even if every star has planets only a small fraction will reveal their existence by casting a shadow in our direction. By design, more than 95 percent of the targets that TESS monitors will show no evidence of planetary systems, but they will provide a rich set of observations for understanding how stars change as they grow older.

“There’s really a huge potential for additional science,” says Stephen Rinehart, project scientist for TESS at the GSFC. “From an exoplanet perspective, whether a planet is habitable or not depends a lot on its star. If we don’t understand the star very well, then we’re very limited in what we can understand about the planet.”

In an effort to improve their understanding of the target stars, the TESS mission forged a collaboration with an international team called the TESS Asteroseismic Science Consortium (TASC). Led by scientists in Denmark, but with the participation of astronomers around the globe, TASC exploits a subtle analysis method called asteroseismology to characterize the sizes and ages of stars and their planetary systems.

The arrangement is good for the mission because it can benefit from the work of hundreds of scientists at no cost to NASA. It’s good for the international team members because they can use this relationship with the mission to justify financial support from their home countries.

“It’s a friendly relationship, and a good collaboration going forward,” Rinehart notes. “I think they’re going to have a lot of fun with the data too.”

Asteroseismology works by analyzing natural brightness variations in stars like the sun, which are caused by low frequency sound waves created near their surfaces. Sun-like stars generate energy from the nuclear fusion of hydrogen into helium deep in their cores, which is transported out toward the surface where it is radiated away. Turbulent boiling motions in the outermost regions generate sound waves that travel through the star and back to the surface, analogous to the seismic waves generated inside our planet during an earthquake.

In the case of stars, these sound waves cause periodic modulations in brightness at the surface. The frequency of the waves reveals the size of the object, for the same reason that a cello sounds different from a violin. The speed of the sound waves also depends on the composition of the material that they travel through; because stars convert hydrogen into helium over their lifetimes, it’s also possible to infer their ages.

The brightness measurements made by TESS will also allow astronomers to estimate the rotation rates and overall level of magnetic activity in the stars, two essential ingredients in the generation of harmful flares that could make otherwise habitable planets less conducive to the development of life.

The countdown at Cape Canaveral continues, and I am awestruck as the Falcon-9 rocket begins to rise gently into the Florida sky. Thirty seconds later, the deep rumble of the engine finally reaches the rooftop where I am standing, sending its own seismic waves through the massive building beneath me.

The evening news will herald this moment as the beginning of a search for nearby worlds, but most of what TESS actually achieves will be much more interesting and textured than the one-dimensional picture of exoplanet discovery that captures the public’s imagination.

Travis Metcalfe is a researcher and science communicator based in Boulder. With support from several technology companies, he runs a nonprofit adopt-a-star program to fund astronomy research.