In his line-in-the-sand 1966 album Blonde on Blonde, Bob Dylan sang “everyone must get stoned” on the track “Rainy Day Women #12 & 35.” In 1971, John Prine sang about escaping reality with a joint, chasing rainbows down one-way streets in “Illegal Smile.” In 1980, Muddy Waters sang, “Well, you know there should be no law on people that want to smoke a little dope,” in “Champagne and Reefer.”

These are just some of the songs from the ’60s rock ‘n’ roll sound track of the hippie home that raised me, mixed into catalogs of songs that, on the surface at least, appeared to have nothing to do with marijuana. As I got older, I added other cannabis classics from other genres to my playlists from the likes of reggae kings Bob Marley, Peter Tosh and The Toyes or rap acts like Madvillain, Dr. Dre and Musical Youth.

Of course you don’t need drugs to be creative or to get down with music. Regardless, there is an irrefutable relationship between marijuana and music that’s becoming all the more apparent as legalization unfolds.

“Marijuana and music have shared the stage for many years,” says lifelong radio consultant Mike Henry. “Coming from, and still being in, the entertainment business I can say there has always been a strong connection between these two cultures — they are very naturally bonded.”

Henry has more than 35 years of experience working in and for public and commercial radio stations.  His radio career began in 1979 at college radio WUOG-FM in Athens, Georgia and since he’s consulted for NPR’s Morning Edition and All Things Considered and most Indie Rock and Triple-A stations across the country, most notably WFUV in New York.

He recognizes the long-standing connection, but remarks at how it seems to be coming out of hiding since legalization hit just three years ago. Before medical and recreational marijuana started becoming legal, he says commercially successful songs tended to obfuscate any connection to marijuana or other drugs. Afterwards it isn’t just musicians that are more comfortable being upfront about their drug use, whether personally or in their lyrics, it’s radio stations too.

“It’s not that these songs weren’t out there, they were. The difference is that now these songs are getting play time on the airwaves, especially on commercial radio,” Henry says. He calls out one song as an example, Mondo Cozmo’s “Shine,” as lead singer Joshua Ostrander belts out, “Let ’em get high, let ’em get stoned,” over and over again.

Using Broadcast Data Service, a Nielsen owned company that tracks radio charts and ratings, Henry looks up the stats for “Shine” for the third week of January.

“The song received 1,285 spins in radio across the country,” he says. “That puts it at number one on the Triple-A chart, Number 13 on the Americana chart and at 44 on the Alternative Chart.” Just two weeks later it crowned all three.

“To me this says that radio stations are no longer afraid to play songs that openly talk about the use of marijuana,” Henry explains. “That song is an anthem for marijuana users, there is no slight of hand in the lyrics or the presentation of that song. From the very beginning, this is about smoking weed. As someone who’s spent a career recommending songs to radio stations for airtime I can tell you that for this song to get this level of airplay in our country would not have been possible even five years ago.”

To be sure, this isn’t the first time that music about cannabis has reached commercial success. Look no further than Dr. Dre’s album The Chronic, which reached number three on the Billboard charts in 1993 and sold over 5.7 million copies in the Unites States alone. There are a handful of other albums and songs that have reached similar heights, so it’s not that it was impossible before, it’s just that it was a lot harder to convince a station to spin songs about marijuana and way less common for them to reach that level of success.

Henry credits the change to legalization in so far as it has allowed for a formerly closeted culture to come out from hiding. In 2013 he founded Weedstream, an online music stream dedicated to what he calls a lifestyle format of radio for the marijuana consumer, not just a market, he says, but a demographic.

“Radio has made its living over the last few decades airing to demographic formats — formats that are directed to 10 to 20 year olds or to a specific gender,” he says. “For example, classic rock radio is for men ages 35 to 64, or Top 40 stations, which are targeted to females between the ages of 8 to 34.

“When you have more than 50 percent of several states voting to legalize marijuana, you can’t write that off as a small niche,” he says. “I equate it to demographics like those of ESPN for sports or the MTV brand for music television. This is a large group of otherwise unrelated people, brought together across the lines of genre, connected through the culture of marijuana.” 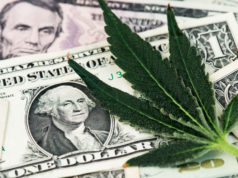