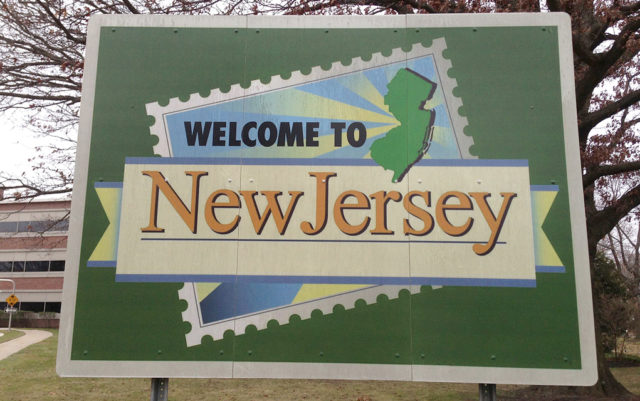 I’ve argued before in this space that Republicans’ continued opposition to marijuana legalization could start costing the party’s candidates elections if it doesn’t change.

That proposition is about to be put to the test in New Jersey.

New Jersey’s gubernatorial elections occur in odd numbered years, and the state’s voters will be choosing a replacement for Governor Chris Christie this November.

Christie is a drug war dead-ender who made clear (in his own inimitable way) that if the state legislature passed a marijuana legalization bill he’d veto it.

New Jersey’s state constitution doesn’t provide for ballot initiatives. Legalization can only take place by action in the state assembly.

However, Christie is term-limited, and marijuana legalization is about to become a major issue in the campaign to replace him.

According to the New York Times, the Democratic candidate for Governor, Phil Murphy, has announced his “unambiguous support” for making recreational marijuana use legal in the state.

And how. Murphy, a former American ambassador to Germany, used his primary election victory speech to promise to legalize pot in the Garden State if elected governor.

“The criminalization of marijuana has only served to clog our courts and cloud people’s futures, so we will legalize marijuana,” he said. “And while there are financial benefits, this is overwhelmingly about doing what is right and just.”

According to the Marijuana Policy Project, Murphy “consistently called for cannabis legalization during the course of the primary race,” and every other major Democratic candidate also ended up endorsing legalization.

A poll taken immediately after the June 6 primary by Quinnipiac found Murphy had a better than 2-to-1 lead over Guadagno, 55 to 26 percent.

Last May, Democratic State Senator Nicholas Scutari introduced a bill to legalize recreational marijuana in the state patterned roughly after Colorado’s successful legalization initiative. Christie promised to veto it if it got anywhere near him, of course, but he won’t get a chance because it won’t be considered until he is out of office.

“Given his (Murphy’s) support and the leadership of the house, I think we have obviously a legitimate opportunity to do this in the first 100 days of the Murphy administration for an outright cannabis law done legislatively,” Scutari said.

In other words, it isn’t just Murphy who’s making marijuana legalization in New Jersey a campaign issue. It will be Murphy and, as a practical matter, the Democratic Party’s delegation in the state assembly as well.

The synergy is obvious, and chances are the strategy was thought out in advance: Legalization isn’t just a vague promise in New Jersey; a bill to make it happen is before the assembly. If you want to see marijuana legalized in New Jersey, vote for the people who are pledged to pass it, and the gubernatorial candidate pledged to sign it.

This message is aimed at two groups of voters in particular: voters under the age of 30 and blacks, two voter cohorts with habitually low turnout, especially in non-presidential election years. National polling shows both to be strongly in favor of legalizing pot. They also happen to be more likely to be busted for pot than the general population. And marijuana arrests in New Jersey just happen to be at a record high, having increased 26 percent from 2000 to 2013, according to an ACLU study.

A substantial boost in turnout among these two groups could cement the race for governor and protect — and perhaps increase — the Democratic majorities in the state assembly.

“I was never ‘hell no,’ but I’ve spent a lot of time on it,” he said last month. “And I have without question come to a place where I wasn’t three and a half years ago… You can’t have that many young people of color doing time on stupid drug crimes.”

Democrats have lost about 1,000 seats in state legislatures in the last few election cycles. If campaigning on marijuana legalization works in New Jersey in 2017, don’t be surprised to see it used in other states in 2018.