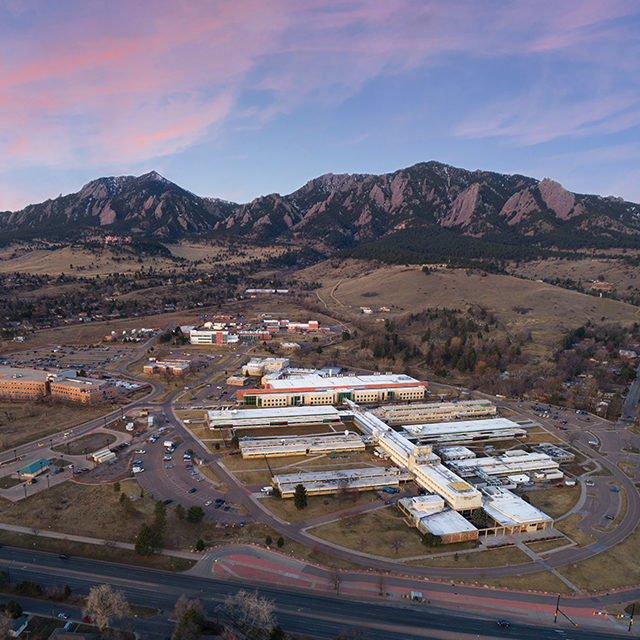 Science journalism has been declining for years, under the same media pressures that have made local news an endangered species. Boulder County is one of the few communities where reporting science from a local perspective makes sense, because of the high concentration of Ph.D. scientists and the many federally funded laboratories in the region (see “Covering science news around Boulder,” Lab Notes, Sep. 10, 2015). Over the next few years, my monthly column will highlight the cutting-edge science that is being done around Boulder, and the people who make it happen.

The story of this project began in the spring of 2011, when scientists from the Fiske Planetarium initiated a collaboration with Boulder Weekly to publish a regular science column called Lab Notes. It was a great idea, but the series stalled after only a few articles. With my passion for science communication, I revived the column in the fall of 2015, committing to write one article per month for a full year.

The experiment was a success, garnering a first-place award in Science Enterprise reporting from the Rocky Mountain chapter of the Society of Professional Journalists (SPJ). The citation from the judges read: “Nice job of explaining highly technical topics in ways that readers will understand. The series turns boring into interesting and readable.” I’m not sure “boring” is the default for science reporting, but I appreciate the sentiment.

During the second year, I organized a group of volunteers to contribute articles, representing most of the major local federal laboratories. Nearly 20 scientists committed to writing one article during the subsequent 12 months, but in the end only a handful followed through. The contributed articles were great, and the response from the BW readership was enthusiastic, but without a dedicated source of support it was clear that the series would not continue.

Last year, using the award from the SPJ as evidence of its impact, I requested support for the Lab Notes series as part of a research proposal submitted to the National Science Foundation (NSF). The NSF evaluates proposals based not only on the intellectual merit of the research, but also considering the broader impacts on society. For proposers who work at universities, the broader impacts often involve training the next generation of students or early career scientists. For those outside of academia, like myself, broader impacts can include a wide range of community service activities.

I am happy to announce that the NSF selected my research proposal for funding, which will allow me to continue the Lab Notes series for the next few years. The goal of the series is to highlight the work of local scientists, as well as the connections of laboratories around the area to national news developments. I am an astrophysicist by training, so you might notice a bias toward space and technology news, but I will endeavor to cover the full range of local science disciplines.

“Colorado’s federally funded research labs fuel our innovation economy,” said Colorado Gov. John Hickenlooper in response to a report issued last year by the Leeds School of Business. “Their impact is far-reaching, [contributing] to Colorado’s high-quality talent pool and expanding into our startups and private industry. These labs help to ensure our state’s future progress.”

Over the past two decades, I have personally witnessed the economic impact of our federally funded research labs. My first visit to Boulder was during the summer of 2000, when I worked with a scientist at the National Center for Atmospheric Research (NCAR) while finishing my Ph.D. at the University of Texas at Austin. I moved to Boulder in 2004 with a postdoctoral fellowship from the NSF that brought me back to NCAR.

Shortly after arriving, I was hired as a staff scientist at NCAR’s High Altitude Observatory. I spent the next six years trying to connect NCAR scientists to the broader astrophysics community, working to understand the history and future of our sun by studying other stars and their planetary systems across a range of ages. This continues to be my primary research focus.

Budget cuts after the Great Recession eliminated my position at NCAR, and I have spent the past six years working as a contractor through a local research institute. In this position, I write grant proposals to NASA and the NSF to support my research. With my unsponsored time, I also run an independent nonprofit organization (adoptastar.org), which raises non-governmental support for an international research team.

During the 14 years that I have worked as a scientist in Boulder, I have made connections with researchers inside and outside the local laboratories. Over the next few years, I hope to write about some of the most exciting and important research being done around town, and share the stories of those who are pushing forward the frontiers of knowledge.

Whether you are inspired or dismayed by these stories, please share your thoughts by writing letters to the editor at BW. Your feedback will help guide the future of the column. In addition, if you know a local scientist who you think should be featured in the series, please email me your tips (tmetcalfe@boulderweekly.com). With your help, we will all learn more over the next few years about the amazing science being done in our community.