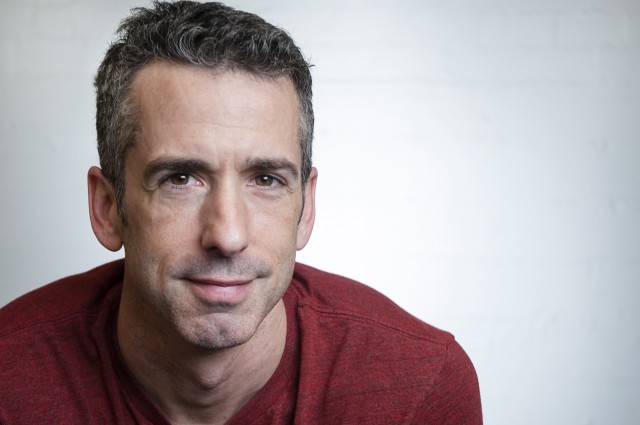 Dear Dan: I’m a 26-year-old straight female. I’m writing because I need to ask someone what to think right now. I just fucked a guy while on holiday in Costa Rica. I thought I was sex-positive and adventurous, so why do I feel so ashamed? I’m dating a boy back in the U.S. who I absolutely adore, but we’re not necessarily exclusive. The guy was a 22-year-old local — I thought he was so sweet. But he did that bullshit “fuck her and then get her out of bed and drive her home” shit. I told him it wasn’t OK, and he made excuses. I feel so fucking pathetic right now. Is this because I did something stupid? Is this a natural feeling? Or is it a result of some deep psychological self-induced slut-shaming? Why would he kick me out like that? Please help me wrap my head around this.

Dear TURISTA: You had a one-night stand, and the dude wouldn’t let you spend the night, and now you’re having a meltdown about it. Why this reaction? Because before you could give yourself permission to fuck this guy, you had to convince yourself that this encounter wasn’t, in fact, about two people using each other. Like a lot of people who want to have one-night stands — men and women, gay and straight, locals and tourists — you psyched yourself up to believe that you two had some sort of meaningful insta-connection. (“I thought he was so sweet.”) You convinced yourself that if circumstances were different — if you were single, if you lived in Costa Rica — you could see yourself dating this guy. You rounded this dude up to boyfriend material, TURISTA, but the way he treated you after the sex was over — “OK, lady, back to the hotel” — stripped away your illusions: He was a player, and you had been played.

Was your reaction sex-negative? Yes, it was. Are you slut-shaming yourself? Yes, you are. You did something kind of sleazy on vacation, TURISTA, just like millions of other people before you, and you misjudged someone. But who hasn’t?

As for why he kicked you out, TURISTA, I couldn’t tell you. Maybe he’s in a relationship that’s “not necessarily exclusive,” and his girlfriend was coming over in the morning and wouldn’t appreciate finding a turista — yet another one — in his bed.

Dear Dan: Never thought I’d be writing to you for advice, but here goes: I’m a straight guy with a long-term girlfriend who has a choking fetish. She needs to be choked during sex to get off. I’m more of a vanilla kind of dude, but in the spirit of being GGG, I’ve been doing this for her. The thing is, it kind of scares me. I don’t particularly get off on it, and it actually brings out parts of me that I don’t like. More importantly, I’m really scared of hurting her. Recently while on vacation, hotel security was called because our neighbors thought I was assaulting her, as she’s a screamer and likes to struggle during sex. I’m trying to be GGG, but now it feels like every fuck needs to be a rape scene, complete with choking. She doesn’t like it any other way. I don’t want to accidentally hurt her or kill her and wind up in jail, but she’s dismissive when I share my concerns. My friends in the BDSM scene scold me and say that breath play is never OK. Your thoughts?

Even if choking weren’t dangerous — posts about people accidentally killing themselves during solo choking scenes appear on fetish blogs with depressing regularity — being this woman’s boyfriend/assailant has to be tedious. Even if choking were safe, THROTTLE, you need to ask yourself if you wanna spend the rest of your life with someone who’s as inconsiderate, selfish, and sexually limited as your girlfriend seems to be.