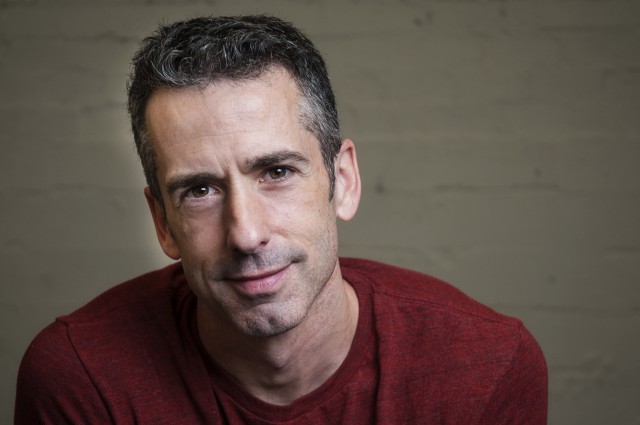 Dear Dan: I am a married 54-yearold postmenopausal woman. My libido has diminished significantly, and it takes me much longer to climax. My husband gets tired sooner and is unable to maintain an erection as long as he used to; this makes it even more difficult for me to climax. I have taken up an activity I did in my 20s when I was single: giving myself enemas. The enema-induced orgasms are fantastic. It’s not an obsessive habit. I’ll sometimes do it four times in one week and then go a month without one. Am I doing any harm to my body by doing frequent quart-size soapy enemas using a retention balloon nozzle and holding it as long as possible and then masturbating as I expel? Will a doctor be able to tell what I’ve been up to when it’s time for a colonoscopy? I would die if a doctor figured it out.

Dear FLEET: “Women need to understand that our sexualities change throughout life,” says Dr. Leah Torres, a general obstetrician/gynecologist with a special focus on family planning. “What once was will not always be. That said, menopause can be tricky, but one can adapt to changes that may occur. There are medications and lubricants and all sorts of tricks.”

Yeah, yeah — but what about the freakin’ enemas, doc?

“The enemas are not harmful as long as they are not painful, though this practice may change the balance of bacteria that normally live in the colon and may make one more susceptible to changes in bowel movements,” says Dr. Torres.

As for your fear of being discovered, FLEET, Dr. Torres says you should be able to rely on your doc’s professionalism. “I have not seen many colonoscopies, so I would not know a physician’s ability to determine a person’s level of enema activity,” Dr. Torres says. “But as a physician who prides herself in building trust with patients, I would never disclose my knowledge of sexual activities that may make my patient uncomfortable or embarrassed unless there is a concern for her health or it directly affects her care.”

Dear Dan: My mother cannot find her clit. I’m serious. She’s 80 years old, quite fit, and otherwise anatomically correct, but she noticed about a week back that she couldn’t find her clit. She went to her gyno and told him, and he didn’t seem shocked. She isn’t sexually active, but she’d like to keep as many of her original parts as she can. I searched online and couldn’t find much about missing clits. I’ve told her that no news is good news, but you try living with a clitless mother! —Help My Mother Find Her Clit

Dear HMMFHC: “It is normal for the vagina, and the parts within and around the vagina, to atrophy with age,” Dr. Torres says. “And women who have gone through menopause have very little estrogen. For the lady parts, estrogen is crucial in upkeeping the healthy, youthful appearance of vaginal and labial tissues as well as for the laxity of the vagina.”

But there’s one thing that doesn’t happen during menopause.

“Women do not ‘lose’ their clitorises,” Dr. Torres says. “The majority of the clitoris is located inside the body, but women recognize the ‘clitoral glans’ as the clitoris. This may become smaller with age, making it seem as though the clitoris has disappeared. But let me be clear: The clitoris never goes away.”

So your mom isn’t clitless, HMMFHC. Her clit is down there somewhere. It’s just smaller and grayer than it used to be — just like your mom.

Dr. Torres is a superstar on Twitter, where she regularly posts about women’s health issues and smacks down anti-choice trolls @LeahNTorres. She also blogs at Leahtorres.com.

This week on the Savage Lovecast, Dan chats with Mollena Williams (aka the Perverted Negress) about meeting kinksters; find it at savagelovecast.com.