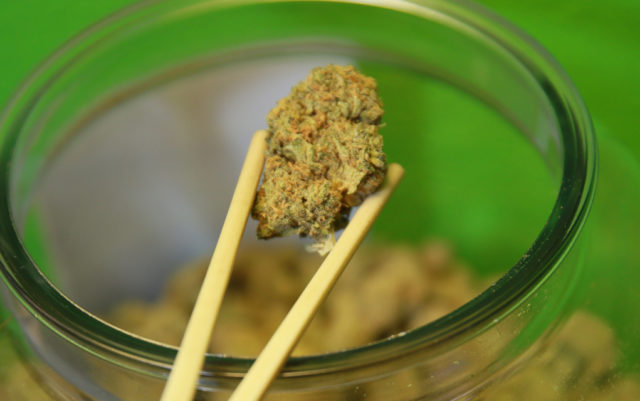 What country has the highest per-capita number of marijuana users?

According to a recent story in U.S. News & World Report, that honor belongs to Israel, sometimes called start-up nation for the large number of new enterprises it generates.

No other country is even close. Second place goes to Iceland, with 18 percent inhaling in the past year, and third place goes to the U.S., with 16 percent.

Nigeria is in fourth place with 14.3 percent and Canada, which is on track to legalize recreational pot nationwide sometime in the next year, is in fifth with 12.7 percent.

(U.S. News apparently got its information from the Israeli newspaper Yedioth Ahronoth, the country’s largest.)

The main thrust of the U.S. News piece was a discussion of how Israel became the world’s leader in marijuana research while touching on the country’s approach to legalization, which seems to be everything short of full legalization.

Last month, the Israeli cabinet approved a proposal to decriminalize public consumption of cannabis. The proposal still has to be approved by the Knesset, Israel’s parliament, but that is highly likely given the cabinet’s approval. Under the plan, people caught smoking pot in public a first time would face a fine of approximately $270, but not criminal charges. Fines would rise with subsequent offenses, but criminal charges would kick in only with a fourth offense.

Growing and selling for recreational use would remain illegal.

According to a recent piece in the New York Times, unofficial policy has amounted to de facto decriminalization in recent years. There were fewer than 200 arrests in 2015.

When it comes to marijuana research, Israel is also the world’s leader, and Israeli chemist 86-year-old Raphael Mechoulam is the high priest. In 1964 he discovered tetrahydrocannabinol (THC), and he later co-discovered the endocannabinoid system in the human body, the body’s largest receptor system. He also found that the brain produces its own cannabinoids; he named the first one Anandamide, from the Sanskrit word for bliss or joy.

According to Michael Dor, senior medical adviser at the Israel Ministry of Health’s medical marijuana unit, there are currently more than 110 clinical trials involving marijuana underway in Israel, more than any other country.

Last week, Hebrew University in Jerusalem announced the creation of The Multidisciplinary Centre on Cannabinoid Research, which will bring together 27 cannabis researchers at the university specializing in agriculture, chemistry, drug delivery, pharmacology and chemical development, including Mechoulam, of course. It will also draw on other university specialists in nanotechnology and brain science.

Given the foregoing, how is it then that Israel didn’t move to full legalization long ago?

Israel has a multi-party system, and all Israeli governments have been multi-party coalitions. Most have had religious parties in their coalitions, and some of those probably would have objected. No prime minister would risk bringing down his or her government over marijuana, especially if the 27 percent of the population who are stoners doesn’t vote on the issue.

Also, international tourism plays a big role in Israel’s economy, and much of it is religiously motivated. A lot of pilgrims may find pot dispensaries in the Holy Land off-putting.

Given what is delicately called “the security situation” — the fact that Israel has had to deal with the unrelenting prospect of surprise attack since its founding — a lot of Israelis may harbor more anxieties about the security implications of legal pot than, say, citizens of countries with more strategic depth and fewer hostile neighbors.

Still, Israel tends to follow the U.S.’s lead on social and cultural issues. It wouldn’t be at all surprising if it legalizes sometime in the next two or three years, especially if more states with substantial Jewish populations do so.