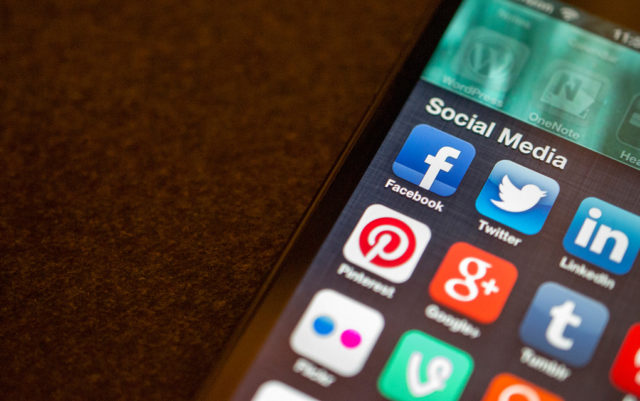 Every week in the world of cannabis there are timely happenings — new legislation, new businesses, new dimensions of social justice implications — but there are also more lasting phenomenons, subtly evolving undercurrents to the headlines of the ongoing narrative.

One of which is the way social media spaces both accommodate and deny cannabis consumers and businesses. Currently Google, Facebook, Twitter and Instagram all have bans on cannabis-related advertising.

This represents a change in policy that, as little as two years ago, took a much harder stance against cannabis in general and frequently blacked out accounts for merely associating with the plant.

Moving away from this prohibitionist stance, the current policies allow businesses that comply with state laws to have an online presence, and at the same time it prohibits any activity that could be conceived of as illegal at the federal level, mainly by engaging in interstate promotion or commerce.

Jesse Burns, marketing director of Sweet Grass Kitchen, a Denver-based wholesale edible company, says it succinctly: “[Cannabis businesses] are guilty until proven innocent where every other industry is innocent until proven guilty.”

And the company has first-hand experience. Sweet Grass Kitchen’s Instagram account has been shut down twice due to concerns that the company was involved in illicit drug activity or somehow didn’t qualify as a real business.

In one way, Burns says he understands where social media companies are coming from. “They don’t want black market sales happening across their boards and they are just covering their own butts,” he says.

Still, these actions have real consequences for his business. Social media is not a fringe part of marketing but central to the way a company builds its brand, sells its products and sustains a variety of relationships with customers.

“We just want to be able to use [social media] like other industries,” Burns says. “Now, in internet 3.0, you get instant feedback on your product and invaluable user-generated content through these channels. For us to have access to those things, like everyone else, is extremely valuable.”

There are sites that exist to fill the niche created by prohibitionist policies, like Boulder-based MassRoots, a social media platform specifically for cannabis users and companies. MassRoots offers an alternative space for social media communities to form around cannabis that legally advertise to users that are over the age of 18, mostly over the age of 21.

But the site only offers access to customers already in the folds of the cannabis community and does little to reach new market segments or to spur change in social perception of cannabis at large.

And, MassRoots faces its own obstacles, too. In the spring, the company filed to be listed on NASDAQ but, despite meeting all of the major requirements, was rejected due to involvement in illegal activity.

The sentiments of CEO Isaac Dietrich echo those of Burns. “All that we are asking is to be evaluated and treated like any other business in our same scenario,” Dietrich says.

Earlier this year, Lauren Gibbs, founder and president of Rise Above Social Strategies that frequently works with cannabis businesses, was compelled to write an open letter to Facebook CEO Mark Zuckerberg as published in the Cannabist. She wrote primarily as a business woman seeking fair treatment of her industry, but she also wrote as a social activist, connecting corporate prejudices toward the cannabis industry to the war on drugs that continues to rage.

“In meetings, my clients discuss strategies that land people in jail in prohibition states,” she writes. “The majority of those people are black men who are victims of the racist war on drugs. The political winds could shift, but we forge on with a sense of responsibility. If business owners are not willing to take these risks, legalization will not occur nationwide. Access to medicine will be restricted. The war on drugs will keep communities of color oppressed and imprisoned. To many of us, cannabis legalization is not just about making money, but about using businesses to create a better society.”

Social media is a hub of culture, but only if it is allowed to truly host the people and relationships that give its networking purpose and power to inspire progress. While the situation is far from perfect, there is an opportunity for actions of civil disobedience as companies and individuals confront the specific and broad repercussions of practices rooted in prejudice, hopefully continuing to create change.