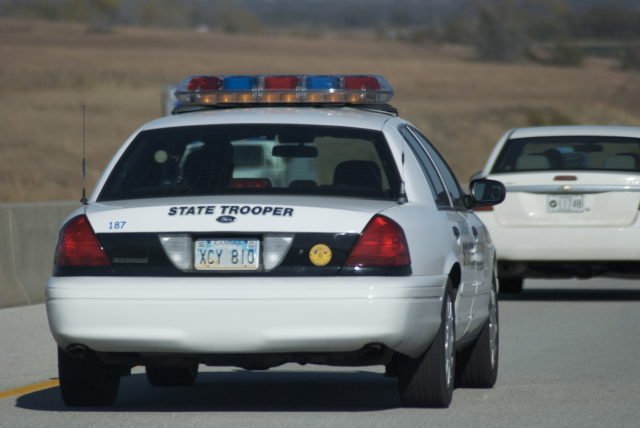 The Kansas Attorney General’s office last Monday issued a report claiming that in the nearly three years since recreational marijuana sales began in Colorado (on January 1, 2014), Colorado pot “has permeated nearly all parts of Kansas.”

What’s more, there has been “a sharp increase in the availability of marijuana-laced ‘edibles’ in Kansas, a phenomenon rarely encountered before the Colorado experiment.”

Needless to say, those are the findings of the report that the nation’s chronically dazed and confused mainstream media chose to focus on.

Now for the rest of the story (as related by the Lawrence Journal-World):

·The Attorney General’s report also disclosed that since Colorado marijuana sales began in 2014, marijuana seizures by the Kansas Highway Patrol have gone down, not up. In 2013, the year before legal sales began in Colorado, the Kansas Patrol seized 6,187 pounds of pot. In 2015, it seized 3,769 pounds.

·The number of seizures also dropped from 243 in 2013 to 216 in 2015. However, when marijuana was seized in Kansas in 2015 it was more likely to come from Colorado, the Attorney General’s report said. In 2015 the Kansas Patrol estimated that 48 percent of the pot they seized came from Colorado, versus a mere 18 percent in 2013. (It isn’t clear how the patrol determined the state of origin of seized pot, especially when sales were illegal. I can’t recall ever seeing a baggie of pre-Amendment 64 marijuana with a “I’m a proud Colorado product” label on it.)

The most interesting finding in the report came near the end:

·Some Kansas judicial districts have been so over-whelmed with pot cases involving small amounts of weed that the drug is sometimes confiscated “without issuing a citation,” the report said. Just guessing here, but it sounds like Kansas law enforcement officers are stopping cars coming out of Colorado, searching them, and finding a few joints, some edibles or an ounce or two. If they were unlucky enough to catch a lot of folks rich enough to hire a lawyer, it wouldn’t take very long for the costs of zero tolerance to zero out a small county’s budget. It’s more economical for the Smokies to grab the pot and tell the wayward wayfarers to move on.

·Prosecutors are also having a more difficult time distinguishing between possession cases and distribution cases, as well as having trouble pressing charges against out-of-state defendants. Again just guessing here, but college kids visiting Colorado might buy a few ounces to take home to their friends. Strictly speaking it might be trafficking, but it’s really more like how people used to buy a few cases of Coors Beer to take back East for their friends in the days when Coors only distributed in the West. That can be a tough case to sell to a jury, especially when…

·During jury selection, potential jurors are “now more likely to express acceptance of marijuana use and to state an opinion that marijuana should be legalized,” the report said.

This last point is the single most interesting finding in the report, because it means the war on marijuana is about to be tossed into the trash can of history.

There is a concept in the law called “jury nullification.” It means that juries can deliberately rule on both the facts and the law of a case. If the jury finds that the law in a case is unjust or being unjustly applied, they can acquit the defendant, even if the facts show he or she is guilty. The decision of a jury in such cases can’t be used as a legal precedent in future cases, but if similar decisions occur in future cases, the political fall-out can be devastating.

For instance, late in the Vietnam War, federal prosecutors found that juries refused to convict draft resisters. The federal government correctly concluded that this was the American people’s way of telling the government that they had their fill of the war — and the feds started looking for an exit strategy.

Judges and lawyers just hate jury nullification because it is the people intruding into their turf. Judges in most states will hold a defense attorney in contempt of court if he or she attempts to tell a jury about it.

What’s going on in Kansas sounds like something similar to what happened at the end of the Vietnam War. Increasing numbers of Kansans have had their fill of the war on drugs, and prosecutors and judges are desperately attempting to keep them off juries.

Kansas is one of the most socially conservative states in the county. It was one of the last states to abandon alcohol prohibition. If its citizens are ready to start acquitting defendants in pot cases when the facts say they’re guilty, the days of the drug war everywhere are numbered.