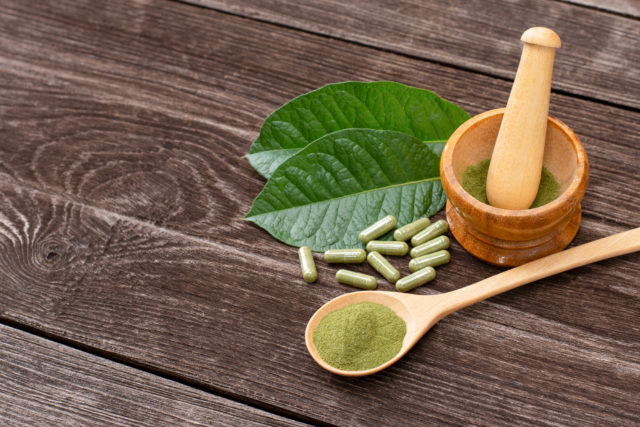 My first experience with opioids began after a car accident landed me in the hospital for two weeks when I was 17.

First there was morphine to help me deal with the pain of fractures in my hip, pelvis, and sacrum, the broken collar bone and lacerations on my spleen and kidney, the collapsed lung. Then it was hydrocodone in the weeks following my discharge. It wasn’t a surprise when I found myself irritable and sick in the days following my last prescribed opiates, when the fractures had healed and I was able to ditch the cane; I knew I was going to miss that warm sensation washing over me, the release from anxiety, the euphoria . . . hell, I missed the itching.

I’ve found my way back to opiates sporadically over the 20 years since my car accident, and I have immense compassion for those who find themselves permanently ensnared in their deceptively warm embrace.

In an op-ed for the New York Times detailing her addiction to opiates, Maia Szalavitz describes feeling “safe, nurtured and unconditionally loved” the first time she used heroin.

“Science now shows that this comparison is more than a metaphor,” Szalavitz writes. “Opioids mimic the neurotransmitters that are responsible for making social connection comforting—tying parent to child, lover to beloved.”

In a culture consumed by work and rugged individualism, no wonder we’re a country addicted to opioids.

As the opioid epidemic ramped up at the turn of the century, so did American interest in the leaves of a plant from Southeast Asia that natives had used since at least the 19th century as both a mild stimulant and analgesic: kratom.

Dried up and ground into a powder, bitter-tasting kratom (Mitragyna speciosa) can be consumed in pre-weighed capsules, dissolved in a liquid, or brewed into a tea. The plant contains two alkaloids that act on one of the human body’s three opioid receptors, meaning that while kratom isn’t an opioid, it has opioid-like properties. At low doses it acts like a stimulant, but at higher doses it becomes a sedative.

“It’s related to coffee,” says Albert Garcia-Romeu, a member of the Psychiatry and Behavioral Sciences faculty at the Johns Hopkins University School of Medicine, where he’s done research on kratom by surveying more than 2,000 people about their usage.

“It works the same way that morphine or Oxycontin or heroin works, but it has a sort of slightly different pharmacology,” he says. “We’re still figuring all this out, but it works on a number of different systems. One of the reasons that opiates are addictive is because they stick to our mu (μ) opioid receptor, which gives us sort of euphoric or positive mood-elevating feelings that are quite pleasant to some people. And so kratom does have the potential to do that, but because it sticks to one side of the mu opioid receptor more than to the other, it seems safer and less addictive (than opiates).”

And kratom does  appear to be far safer than most opioids. A Centers for Disease Control study of more than 27,000 overdoses between 2016 and 2017 found kratom to be implicated in less than 1% of deaths. Another peer-reviewed study from 2019 estimated that kratom is more than 1,000 times less likely to kill than prescription opioids.

But the Food and Drug Administration (FDA) has made it difficult to study kratom in a lab, according to Garcia-Romeu, forcing U.S. researchers to use user surveys to learn more about the plant.

“In 2017 I was trying to do a laboratory study where we bring people to the lab and we give [kratom] to them,” he explains, ‘and the FDA just gave me so much of a headache to try to do that: ‘We don’t know if this is safe. We don’t have any good animal toxicology on this yet.’” His lab ultimately dropped the study.

But Garcia-Romeu says the FDA has been reluctant to provide technical and financial support to labs to study kratom. In 2016, the Drug Enforcement Agency (DEA) announced that it planned to place kratom into Schedule I of the Controlled Substances Act with heroin, cocaine, and, yes, marijuana. The public outcry, which included statements from Garcia-Romeu and other scientists, was loud enough to get the DEA to step back.

“This is a big problem in our drug research (in the United States),” Garcia-Romeu says. “We’re trying to study cannabis, or kratom, or whatever, and [the FDA says], ‘We don’t know how safe this is, so you can’t do it.’ If I walk down the street to the gas station, I can buy this stuff and use it—anybody on the street can do that. I’ve got a team of doctors here, and a pharmacologist, and we’re [testing] it in a hospital setting; how much safer do you want to be?”

Around two weeks ago, I walked down the street and bought some kratom (at a head shop, not a gas station). The owner suggested capsules for ease of use. Each pill of Bali red vein (there are different strains of kratom: red, white, and green) contained .6 grams of Mitragyna speciosa, the active alkaloid of kratom, and I was instructed to start by taking five to six capsules to achieve pain relief and relaxation. There’s about 3.5 grams of Mitragyna speciosa in six pills.

The capsules are supplement-like in size, and require copious amounts of water to swallow.

On my first try, I did experience mild relaxation from six pills taken after a meal. However, six pills taken on a less full stomach days later resulted in some nausea. I was wary of trying again for a few days.

When I did bring myself to up the dosage to nine pills―that’s more than 5 grams of kratom—the results were more intense: genuine euphoria, a sense of well-being, relief from anxiety, a tinge of nausea, even on a full stomach, some light sensitivity (common with traditional opioids), but overall a pleasurable experience. I couldn’t say it matched the effects of a traditional opioid, but it certainly rhymed.

Garcia-Romeu doesn’t gloss over the reality of kratom: Because it binds to opioid receptors, it has the capacity to be physiologically addictive. His lab’s survey found that around 10% of respondents met the criteria for mild use disorder, meaning they were experiencing withdrawal symptoms when not using kratom, and subsequently struggled to cut back usage. As with any drug, there’s the possibility for liver damage with overuse.

“Now in the third wave of the opioid crisis, we’re struggling to find ways to help people,” Garcia-Romeu says. “Part of the problem with our country’s healthcare system is that pharmaceutical corporations are so powerful and such a profitable lobbying organization. But it’s hard to patent a plant that’s been around a long time, like psilocybin, cannabis, kratom. That makes it really hard for pharmaceutical companies to own that and then sell it back to us as a pill that is proprietary. That really discourages any sort of large investment of research into these types of substances that are naturally occurring. That’s why psilocybin and even cannabis have not been studied well, because there’s not a Merck or Pfizer or something like that to come along and say, ‘You know, we’ve got billions of dollars to put into R&D, and we’re going to figure out what’s in this plant and make it a medicine.’ What [pharmaceutical companies are] doing now is looking at molecules and saying, ‘How do I add a hydrogen molecule to it, so now I own it and can sell it back to you in a capsule formula?’ That’s an unfortunate reality of what’s happening right now in medications development.”

When it comes to the opioid epidemic, there’s a lot of talk about harm reduction, a public health model that recognizes licit and illicit drug use is a reality, and requires minimizing danger as opposed to condemning or criminalizing.

This time writing for Scientific American, Maia Szalavitz says, “In ordinary times, there would be no question about whether a drug with opioid-like effects should be proven safe and effective and approved by the Food and Drug Administration before it is widely marketed. But these aren’t ordinary times and . . . kratom is not a typical drug.

“. . . [T]he issue of whether or not to ban kratom is an excellent litmus test of whether the Biden administration will actually use the philosophy of harm reduction to guide drug policy—or just spout the trendy catchphrase as window dressing to hide ongoing engagement in the war on drugs.”