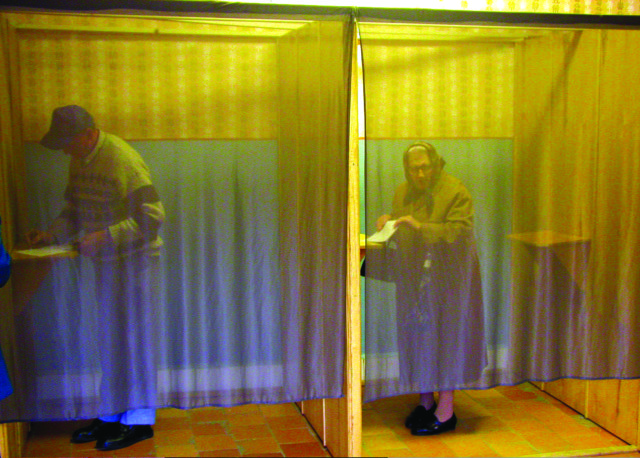 A record number of states will vote on marijuana initiatives this November. In five states — California, Arizona, Nevada, Massachusetts and Maine — voters will be asked whether they want to legalize recreational marijuana and a handful of other states will vote on legalizing medical programs.

Whether or not these initiatives pass, their inclusion on the ballot represents a push away from prohibition as states try to write a new chapter in drug policy. While the nuances of each state’s measures are unique, they all consider  economic, public health and human rights.

The odds are stacked against recreational cannabis. But, despite the uncharted terrain, lack of access to banking and federal illegality of the product, existing legal markets are booming. Nationally, the industry is valued at $7.1 billion and Colorado makes up about 10 percent of that amount. The state’s industry could surpass $1 billion by year’s end if 2016 sales continue at the last year’s pace.

It isn’t just cannabis businesses that benefit from those sales, but the states, too. In Colorado, all cannabis sales are taxed at the retail rate of 2.9 percent and recreational sales at an additional special use tax rate of 10 percent. Collectively, Colorado’s pot industry brought in $32 million from January to July 2016, not including revenue from licenses and other fees.

With the money coming in and nothing but growth in the forecast, it’s easy to see why economic considerations of marijuana tend to dominate legalization considerations.

But there are downsides to the burgeoning industry, including risks associated with federal prohibition. Or, the conflict of interest introduced by allowing a legal industry to become the solution to damages done to public health and human rights by prohibition.

The intersection of public health/human rights and marijuana is difficult terrain to navigate, confounded by the lack of information and data available on the subject. The prevailing sentiment from experts and stakeholders seems to be that we don’t know a whole lot and that only time will tell how legalization and decriminalization will play out.

This sea of uncertainty owes mainly to federal prohibition that places many barriers to cannabis research, scientifically or sociologically, precluding the data necessary to establish a baseline by which to measure progress.

Colorado has already laid a strong groundwork for minimizing youth access to marijuana and is working on ways to both measure and address incidentals like cannabis related traffic accidents or the occasional dabbing fire.

While stymieing the potential negative impacts of legal marijuana is important, so too is maximizing the potential positives, such as counteracting the opioid epidemic or increasing access to pain relief medications.

There are also a litany of human rights issues wound up in the legal status of cannabis, perhaps most notably the oppression of communities of color through the political mechanisms of the war on drugs.

According to the American Civil Liberties Union (ACLU), marijuana use is roughly equal among blacks and whites, yet blacks are 3.73 times as likely to be arrested for marijuana possession.

Legalization offers a potential solution to address that disparity by presenting a legal industry as a vehicle to restore the harms caused by criminalization.

It also has the added benefit of cutting police enforcement, which rings in at about $6.3 billion a year nationally.

Unfortunately, legalization is not necessarily an end to these issues but, as time is showing, is only perpetuating unequal treatment under the law by another name.

Despite the fact that 70-80 percent of arrests for cannabis possession are happening in communities of color, it is estimated that under 1 percent of the growing legalized market is owned and/or operated by individuals of color.

“The marijuana industry, the reform movement, and policymakers need to not only ensure diversity and inclusion in the industry but also eliminate structural barriers that stack the deck against communities of color,” said Bill Piper, senior director of the Drug Policy Alliance’s Office of National Affairs and moderator of a recent congressional briefing about diversity in the marijuana industry. “Marijuana legalization without racial justice risks being an extension of white privilege.”

While ballots can only offer two options for legalization, the issue is far more complex than the binary suggests. Making decisions in the gray area is difficult, but stepping into the unknowns of legalization is preferable to prohibition of which the downsides are certain. But by choosing uncertainty comes a lasting responsibility for voters and policymakers alike — to ensure that legalization does more than call an old evil by a new name, but instead works for real change that improves economy, health and equality.