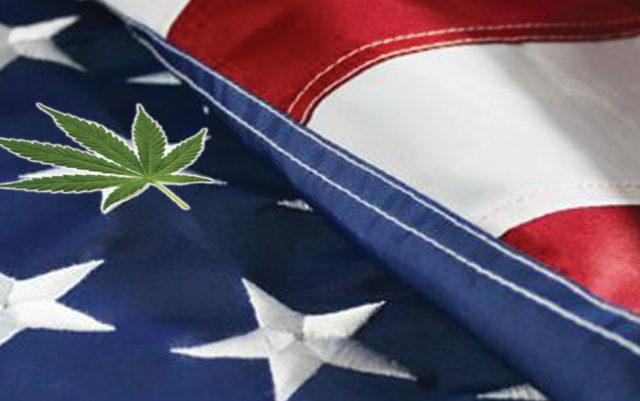 This Monday we’re supposed to clear the snow off our grills and celebrate the first vaguely patriotic holiday of the summer: Memorial Day Weekend. It’s basically three days of blacking out on rooftops while eating potato salad and catching your first sunburn of the season. Some of you are running the Bolder Boulder, which is honestly just an aggressive way to show off that you’ve maintained your bikini body throughout the entirety of the polar vortex.

This weekend is more than just getting lit and complaining about the weather. It’s also about thanking the people who fought to keep America the big, beautiful, messy bitch that she is today. In all seriousness, it’s a time to remember those who sacrificed their lives for this country. But don’t stop there. As we remember our fallen soldiers, it’s also important that we support our living veterans as well.

Roughly 20 veterans a day commit suicide nationwide, according to data from the Department of Veterans Affairs. Veterans are among those hit the hardest by the opioid epidemic, with the death rate from opioids among VA healthcare nearly double the national average. In fact, the latest federal data shows those vets who served in Iraq and Afghanistan are twice as likely to die from an overdose of prescription painkillers than the rest of the country.

Now is the time to let our elected officials know that taking care of our troops when they come home needs to be a national priority.

Veterans and advocates from across the country will be gathering in our nation’s capital on Memorial Day this year to not only honor those who made the ultimate sacrifice, but to advocate for veterans’ access to medical cannabis. The final ride of Rolling Thunder, a holiday tradition which includes over 500,000 motorcyclists riding through the nation’s capital to honor military members who are missing in action or prisoners of war, will be dedicated to just that. They’ll be joined by the Veterans Cannabis Project, a group that lobbies for easier access to medical cannabis and hopes to change the stigma that surrounds cannabis. They’re also fighting to declassify marijuana from the list of Schedule I controlled substances, which are designated as having no medical use. The classification restricts federal research and prevents doctors at the Department of Veterans Affairs from recommending or prescribing it.

Nowhere is the connection between PTSD and suicide felt more strongly than in the veteran community. Because they can’t offer cannabis as an alternative to help those suffering, VA doctors are left with opioids as their only legal remedy. And a disproportionate amount of veterans battle with opiate addiction as a result.

Nearly 60 percent of veterans returning from serving in the Middle East and more than 50 percent of older veterans receiving care at the VA are living with some form of chronic pain. Research has shown that cannabis can be beneficial for treating a wide range of disorders that veterans commonly deal with, including PTSD and pain management. States that have legalized medical cannabis have a nearly 25 percent lower mean annual opioid overdose death rate compared to states that have not.

The federal government has the power to change the classification of cannabis as an FDA-classified Schedule I drug. There are currently a few bills in Congress designed to give Veteran Affairs clinics and hospitals more freedom to prescribe medical cannabis in states where it is legal. House Bill 2191, introduced on April 9, would prohibit the Secretary of Veterans Affairs from denying a veteran benefits because they use medical cannabis in states where the substance is legal. The Veterans Medical Marijuana Safe Harbor Act would “allow veterans to use, possess, or transport medical marijuana and to discuss the use of medical marijuana with a physician of the Department of Veterans Affairs as authorized by a State or Indian Tribe, and for other purposes.”

“This bill gives VA doctors in these states the option to prescribe medical cannabis to veterans, and it also promises to shed light on how medical marijuana can help with the nation’s opioid epidemic,” Sen. Brian Schatz, D-Hawaii, one of the bill’s primary sponsors, said in a statement. “In 33 states, doctors and their patients have the option to use medical marijuana to manage pain — unless those doctors work for the VA and their patients are veterans.”

It also would allocate $15 million to study marijuana’s effectiveness in treating chronic pain in veterans and whether access to marijuana can reduce opioid abuse in veterans.

So this holiday, fight for the brave humans that risked their lives for our freedom to enjoy this long weekend. Many of them cannot do the same due to pain or PTSD, so let’s show our appreciation by making sure they have access to safe and effective medicine.