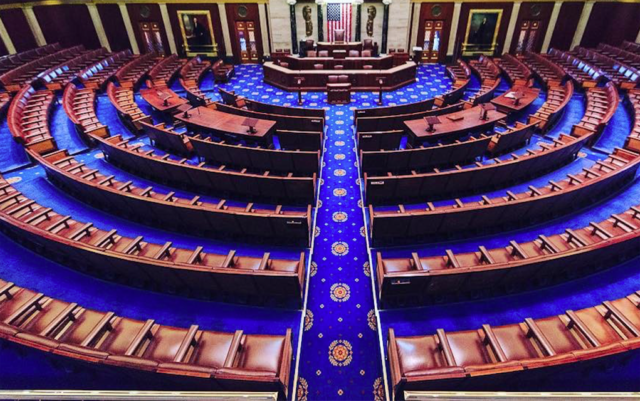 Despite the fact that 33 states have legalized medical marijuana, and a handful have passed laws allowing for adult recreational use, marijuana is still a banned substance according to federal law.

The designation of marijuana as a Schedule 1 banned substance means that those who operate state-legal marijuana businesses often have a tough time accessing banks and live under the fear that the federal government, under a certain administration, may seek to crack down on their operations.

But a bill working its way through Congress will likely receive a vote next week. The Marijuana Opportunity, Reinvestment and Expungement (MORE) Act, if passed, would remove “marijuana from the list of scheduled substances under the Controlled Substances Act” and eliminate “criminal penalties for an individual who manufactures, distributes or possesses marijuana,” according to the Congressional Research Service.

The bill would go even farther to right wrongs related to marijuana. It would establish a trust fund to support various programs and services for individuals and businesses in communities impacted by the war on drugs (funded with a 5% tax on cannabis products). It also, critically, would establish a process to expunge convictions and conduct sentencing review hearings for people who were previously charged with cannabis-related federal offenses.

The U.S. House of Representatives will vote on the bill sometime during this current legislative session.

And the proof is in the profit-pudding, in Colorado at least. Perhaps spurred by stay-at-home orders and the closures and restrictions of many social spaces, people bought a ridiculous amount of pot this year — $1.2 billion worth so far, with over $220 million in sales coming just last month.

That said, the bill is ultimately unlikely to pass the Republican-controlled Senate. Still, it’s a step forward — at least the conversation about decriminalizing and legalizing marijuana is happening on a national level.