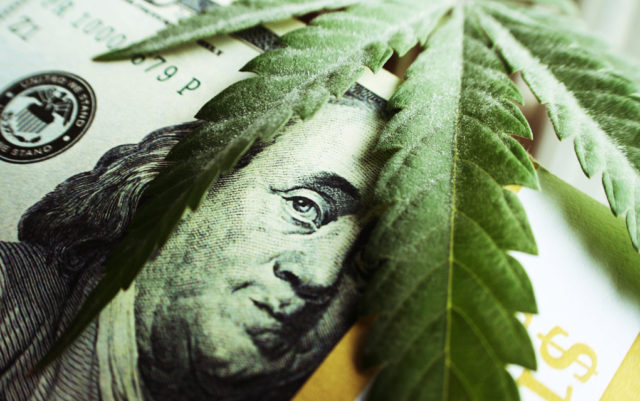 While partisan politics have kept Congress from passing legislation that would increase the federal minimum wage to $15, cities across the country have taken matters into their own hands as best they can. Boulder recently implemented a $15.67 minimum wage for City employees, and Denver City Council is currently mulling over whether to raise the citywide minimum wage to nearly $16 over the next three years.

But what about right now? The rent is too damn high right now, let alone three years from now. And we don’t all have City jobs.

“Terrapin wants to lead by example, which is why we are doing this on our own,” Chris Woods, owner and chief executive of Terrapin Care Station, said in a Nov. 12 statement. “We know that this is the right thing to do to retain employees and provide a living wage as the cost of living continues to spike.”

The new policy applies to Terrapin employees in Colorado and in Pennsylvania, where it operates a medical cannabis grower/processor facility. Terrapin operates six retail stores along the Front Range in Colorado, as well as four cultivation facilities and a processing laboratory. All departments will see raises, including retail, production and some management.

Terrapin’s press release addresses the reality of the situation: a $15/hour minimum wage “is just a start” as “more needs to be done to address systemic issues.”

According to salary.com, the cost of living in Boulder is about 10% higher than the national average and area prices are up 2.3% from a year ago, with the largest increases found in transportation, food and housing… you know, just the essentials in life. The median sales price of a single-family home in the Denver metro area is now higher than New York or Washington, D.C. (by about $20,000).

But you don’t need me to tell you it’s expensive to live on the Front Range.

Still, marijuana is the hottest industry in the country right now, you say. Well, yeah, it is, and salaries within the marijuana industry, according to Vangst (a cannabis industry recruiting platform), increased 16% between 2017 and 2018, with no decrease in the foreseeable future. Heads of cultivation (sometimes called grow masters or botanical specialists… the people responsible for making sure every clone of Grandaddy Purp has textbook oversize, compact, deep purple buds) can make six-figure salaries, as can extraction technicians (skilled laboratory work), COOs and CFOs.

However, the lowest level positions at marijuana businesses are trimmers and budtenders. Indeed.com claims that the average salary for a budtender is $12.63 per hour in Colorado, which exceeds the state minimum wage of $11.10. With more experience, budtenders can make upwards of $16 and $17 an hour. A recent report by The Columbian in Washington state found that the average bud trimmer earns a starting wage between $12 and $15 per hour. Not bad, but these aren’t six-figure jobs.

“Raising the minimum wage companywide isn’t going to solve all of the problems associated with the skyrocketing cost of living we’re seeing, but it’s an important tool to provide some comfort for people as they struggle to make ends meet,” Terrapin owner Woods said in the press release. “We value our employees, but more importantly, we understand the uphill battle that many of them face every day. We hope to inspire other business leaders to create a level playing field for all as the living wage debate builds nationwide.”

Woods is touching on the meat and potatoes of the issue. As the marijuana boom sweeps across the country, we have to keep our eyes on the real prize: equality.

Yeah, it’s cool that we get to go to the store and buy pre-rolled doobies now, but legalization offers America the chance to right the countless wrongs (imposed mostly on black and brown individuals) created by the war on drugs. As this industry grows from the ground up, leaders can create an environment where employees really can start from the bottom and make their way to the top, where employees can earn decent wages from the beginning.

Marijuana is a symbol for the counterculture. In these early days, the marijuana industry can take a stand against unfair wages and place people before profits. It can rail against the corporate culture that’s run rampant in this country.