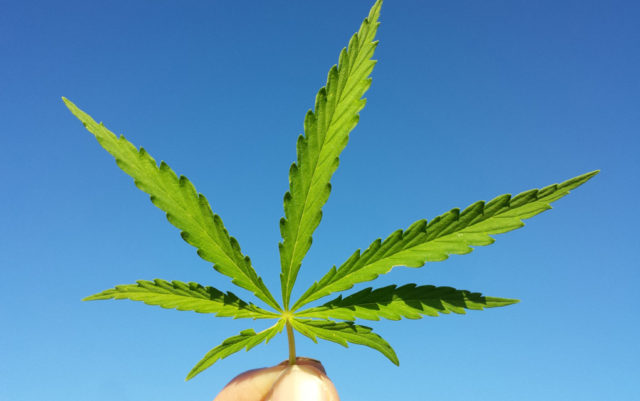 Cannabis is having a moment in the nation’s capitol. This week, lawmakers in Washington D.C. introduced a bill to decriminalize marijuana at the federal level, and, in a separate event, spoke in favor of a bill to allow cannabis businesses access to banks.

On July 23, Sen. Cory Gardner and Sen. Jeff Merkley (D-Oregon) spoke before the Senate Banking Committee in favor of a bill that would give legally operating marijuana businesses access to banks, while also protecting those banks from federal penalties.

The bill, the Secure and Fair Enforcement (SAFE) Banking Act, has bipartisan support and 31 co-sponsors. Its fate awaits judgment by the Senate Banking Committee. A partner bill in the House has 206 sponsors and action will likely be taken later this year.

In another event, Sen. Kamala Harris (D-California) and Rep. Jerrold Nadler (D-New York) introduced the Marijuana Opportunity Reinvestment and Expungement (MORE) Act, which would bring sweeping changes to marijuana policy and attempt to rectify past injustices of marijuana policy enforcement.

“Times have changed — marijuana should not be a crime,” said Harris in a press release. “We need to start regulating marijuana, and expunge marijuana convictions from the records of millions of Americans so they can get on with their lives. As marijuana becomes legal across the country, we must make sure everyone — especially communities of color that have been disproportionately impacted by the War on Drugs — has a real opportunity to participate in this growing industry.”

The bill would do many things if passed: It would (1) Decriminalize marijuana at the federal level by removing it from the Controlled Substances Act; (2) Require federal courts to expunge prior convictions and allow prior offenders to ask for revocation of their convictions or re-hearings; (3) Put a 5 percent sales tax on marijuana and marijuana products, the proceeds of which would go into a fund that would benefit people “most adversely impacted by the War on Drugs” and cannabis entrepreneurs; (4) Prohibit the denial of any federal public benefit based on use or possession of marijuana; and (5) Provide that the use or possession of marijuana, or conviction of marijuana-related offenses, will have no adverse impact on immigration cases.

“Despite the legalization of marijuana in states across the country, those with criminal convictions for marijuana still face second class citizenship. Their vote, access to education, employment and housing are all negatively impacted,” said Nadler in a press release. “Racially motivated enforcement of marijuana laws has disproportionally impacted communities of color. It’s past time to right this wrong nationwide and work to view marijuana use as an issue of personal choice and public health, not criminal behavior.

Of the Democratic presidential candidates, Elizabeth Warren, Cory Booker and Tulsi Gabbard are co-sponsors of the bill.