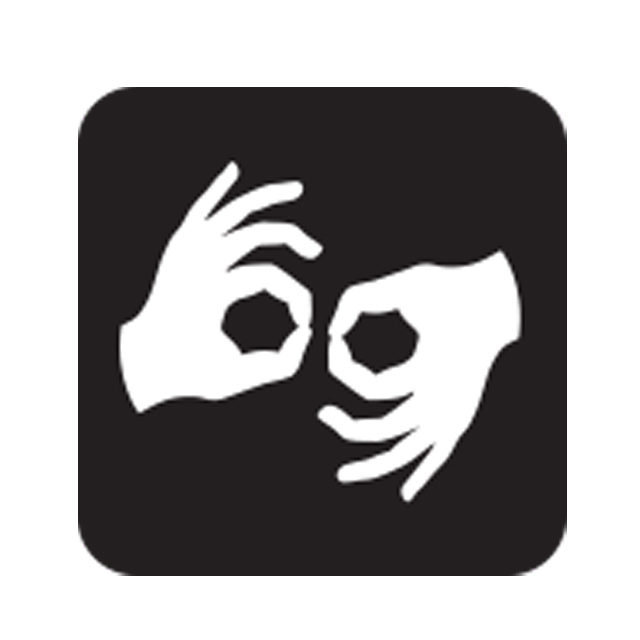 Since legalization has taken off, we’re starting to change the way we talk about cannabis. There’s a ton of new vocabulary, scientific terms and slang words to use when shopping for weed, which can be intimidating even for lifelong stoners. For consumers who are d/Deaf, it becomes even more problematic.

In general, people who aren’t hearing impaired often don’t understand much about the experiences of people who are d/Deaf. (The uppercase D is often used to describe people who have been deaf all their lives, also known as culturally deaf — people who communicate primarily through sign language and are actively engaged with the Deaf community. The lowercase d simply refers to the medical condition of having hearing loss. People who identify as deaf with a lowercase d often don’t have a strong connection to the Deaf community and most likely do not use sign language, preferring to communicate orally.) And because of the way we talk about marijuana, people who are d/Deaf have been marginalized from enjoying the full range of benefits that legal cannabis has to offer, as well as a limited consumer experience when visiting dispensaries.

Deafness doesn’t just affect hearing — it has an impact on general communication skills, too. This is mostly because d/Deaf people often have had a lot less exposure to language and vocabulary throughout their lives. Also, interpreting is very different from simple translation. For one thing, signs don’t equate directly to words — d/Deaf people use slang, and the meaning of many signs changes based on the situation.

Even in the case of having an interpreter, d/Deaf people have their own personalities and nuances and want to communicate directly. Since dispensaries don’t have to comply with ADA standards, this radically changes the consumer experience and gives them very limited options to communicate: writing things out, gesturing, basic sign language or, if absolutely nothing else is possible for communication, d/Deaf customers can attempt to lip-read. However, it’s estimated that only 30 percent of the English language can be lip-read, so it’s not always very effective. Also, it’s basically impossible for d/Deaf people to communicate with someone they can’t physically see, so dark lighting or a lack of visuals in dispensaries can be problematic as well.

Now, a local nonprofit in Boulder is looking to change that. Dr. Regina Nelson, president of cannabis education nonprofit eCS Therapy Center, will lead a new project called Sign of the Times, which aims to bring cannabis-related sign language to deaf people. Nelson is a longtime medical cannabis activist who wants to empower people in a way that allows them to communicate and benefit from cannabis and hemp. She plans to meet with a team of certified deaf interpreters in Denver in October to discuss their upcoming platform.

Nelson is a cannabis expert with a background in teaching endocannabinoid classes to health-care professionals and consulting for cannabis brands. She’d never worked with the d/Deaf community, but noticed a need for services for the hearing-impaired while working as a doctor in Boulder.

Sign of the Times interpreters will tour local dispensaries and formulate the new language directly off of real-world necessities. Part of their plan involves putting together a comprehensive video glossary around cannabis terminology. This would also allow for teaching other deaf interpreters, so that this service becomes available to patients when they go in to see their doctors.

By translating names of specific cannabinoids, types of concentrates and general dispensary processes into sign language, Dr. Nelson and her co-workers hope that they can push the legal weed industry closer to federal standards enforced by the Americans with Disabilities Act (ADA).

eCS hopes to begin presenting the Sign of the Times curriculum by early 2019, but without federal nonprofit funding — thanks to weed’s Schedule I status — eCS relies on private funding to pay for cannabis education initiatives like this one. To learn more, check out signsforthetimes.org.