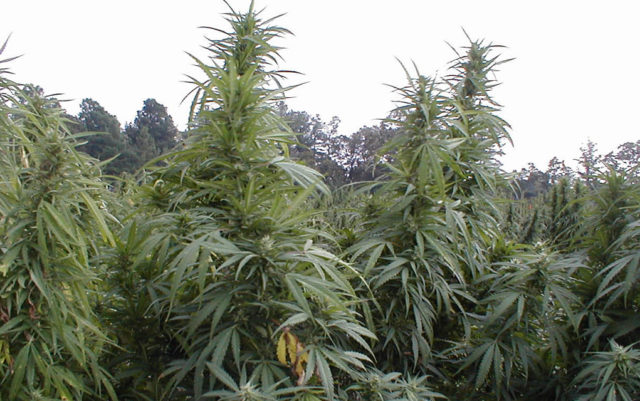 In case you were looking for more ways to be embarrassed by the federal government, you can add “growing brick weed” to the list. Researchers at the University of Northern Colorado found that the cannabis supplied by the only federally authorized cultivation site in the country shared a closer “genetic affinity with hemp samples in most analyses” than what commercial dispensaries are selling in legal states. Just like the line cook at Denny’s who sold you dimebags in high school, the feds are peddling schwag.

Under the 1961 international Single Convention on Narcotic Drugs and the 1970 Controlled Substances Act, the federal government is the single “agent” allowed to provide cannabis for research. The DEA has only ever authorized one grower: the University of Mississippi, which holds a contract with the National Institute on Drug Abuse (NIDA) to grow, harvest, store and distribute cannabis to researchers. So for the past half-century, all cannabis used in federally authorized research has been supplied by a single facility. The study called the current system “costly, cumbersome and limited by a sole source supply.”

Ole Miss has been growing awful ditchweed (with THC as low as 8 percent) for decades. And in that time, the weed available to consumers has become significantly more potent. Scientists have long complained it’s difficult to obtain product from the school and that its quality is less than ideal. Remember when you smoked seeds and stems out of a soda can and it gave you more of a headache than a high? Apparently it tastes closer to that than the late-stage capitalism cannabis that everyone smokes in 2019.

Previous studies have demonstrated that NIDA’s pot has lower levels of THC and CBD compared to commercial cannabis products, so the researchers at the University of Northern Colorado wanted to learn specifically about genetic variance. The study looked at 49 different cannabis samples, including hemp and NIDA-supplied cannabis, as well as various indica, sativa and hybrid strains sold on the commercial market. When the samples were genetically analyzed, the researchers were surprised to find just how different NIDA’s marijuana is from the cannabis most people are consuming:

This has serious implications because hemp is genetically distinct from the cannabis that gets you stoned. Since most federally funded research where participants consume cannabis for medicinal purposes relies on NIDA-supplied product, how applicable are the results of the research using the government weed to understanding the effects of products that consumers are actually using? The government cannot keep up with the range of products available to consumers in recreational and medical dispensaries across the U.S.

Advocates, scientists and lawmakers have been urging the Justice Department to expand the number of federally authorized cultivation facilities since limited supply and diversity of strains available from the government’s current sole source are hindering research, but like everything bureaucratic, the process has been slow to change.

In a 2016 NIDA request for information that asked the scientific community about topics of interest for further cannabis research, the most consistent recommendation was to have marijuana strains and products available that reflect the diversity available at state dispensaries. That would include cannabis strains and hybrids with higher THC content, more reflective of what is found in state programs (up to ~30 percent THC), as well as increasing the number and variety of cannabis chemotypes to include not only a range of THC concentrations, but also other cannabinoids with varying ratios to better isolate and characterize their constituent pharmacological effects. There is also an increasing demand for a more effective placebo that would better mimic the taste, smell and look of active cannabis.