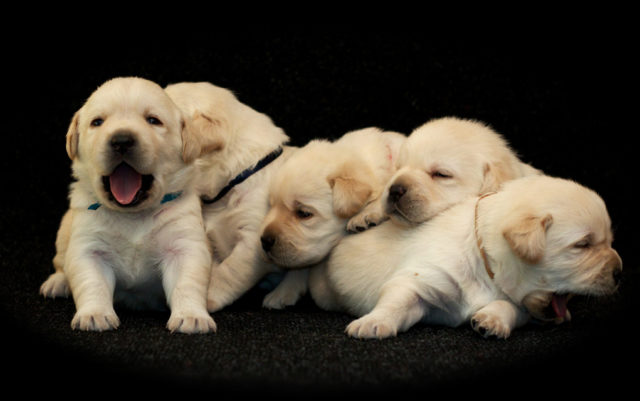 The word is out about cannabidiol (CBD) and the incredible healing properties it offers humans, but did you know that your dog could benefit as well? Many pet owners claim that it works amazingly well for pain, arthritis, nausea, separation anxiety and noise anxiety for their furry companions.

CBD is a type of organic compound known as a cannabinoid. Cannabinoids are compounds that interact with the endocannabinoid system, which is found in humans and other mammals, including cats and dogs. Unlike tetrahydrocannabinol (THC), CBD does not produce the same euphoric, psychoactive effects people typically associate with cannabis. Millions of patients use strains and concentrates that are high in CBD to help manage a variety of diseases and ailments, like anxiety, cancer and epilepsy along with its accompanying debilitating seizures.

Seizures consist of a temporary involuntary disturbance of normal brain function that is usually accompanied by uncontrollable muscle activity, and it’s one of the most frequently reported neurological conditions in dogs. An estimated 1-5 percent of all dogs suffer from either symptomatic or idiopathic seizures. Symptomatic seizures are typically caused by abnormalities that exist inside or outside of the brain, like head trauma or metabolic health problems. Idiopathic seizures have no underlying cause and may be genetic since some breeds are more prone, like beagles, German Shepherds and border collies.

Dogs that suffer from epileptic seizures are typically prescribed phenobarbital. However, it can be expensive and comes with dangerous side effects for both humans and pets, including lethargy, increased appetite, dizziness, confusion and long-term liver damage.

Now there are dozens of companies and products on the market that specialize in CBD therapy for animals, which many pet owners see as a holistic, more affordable alternative.

If you’re interested in CBD therapy for your dog, here are some tips to get started:

Find the right veterinarian. Hopefully you already see a vet you know and trust because if you’re considering treating your dog with cannabinoids, you should do it under the guidance of a knowledgeable vet who can make informed recommendations that are both safe and beneficial. Depending on their education, background and personal bias toward cannabis, some vets are still skeptical about the idea of treating an animal with cannabinoids. However, many are getting on board, and some in legal states have even received special training in cannabinoids. So do your research, then talk to a vet who is open to holistic treatment options.

Start slow. Dosages can vary depending on the product, so be sure to read and follow the instructions on the label. Most companies recommend 1 milligram of CBD for every 10 pounds of animal weight, but some pets require more or less depending on their condition. The general rule of thumb is to be conservative and observe your dog over a few days to a week. You can always up the dose if you need to. If you do overdose your dog, don’t panic because it’s not lethal or giving them a high. An overdose typically manifests as nausea, vomiting, diarrhea, sleepiness or dizziness. Basically, your dog might “act drunk,” but only for a couple hours until it wears off and the symptoms subside.

Use oil. Obviously our dogs can’t take massive bong rips and laugh along to The Office with us (although that would be awesome). Like every other medication, you have to trick your dog into taking it. CBD oil is great because it can be mixed in food. The oil allows it to be absorbed into the body through the liver, producing a longer-lasting and less intense effect. But seriously, never blow smoke in your dog’s face or try to get them to consume cannabis in smoke form.

Observe your dog. This is especially important after the first time you give your dog CBD. Keep a journal to track when and how much you administer in case you need to adjust over time. If you notice your pet is experiencing negative effects from exposure to cannabis or hemp, call your vet or the ASPCA Animal Poison Control Center at 1-888-426-4435.