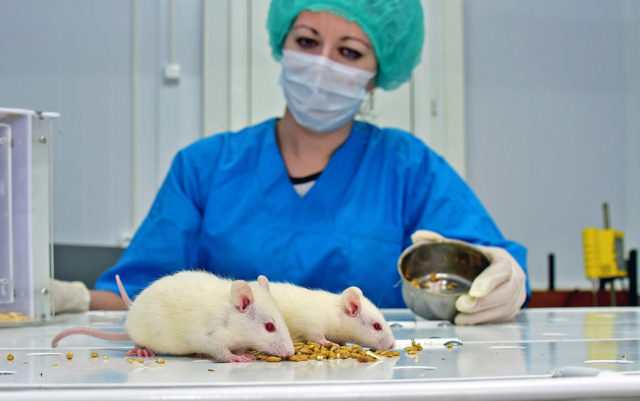 Studying marijuana is tough in this country. The National Institute on Drug Abuse (NIDA) is the exclusive supplier of cannabis used for federally-approved studies. And, as its name might suggest, NIDA ain’t really in the business of funding research looking into the benefits of cannabis and its components — unless it’s trying to capitalize on patents from marijuana-derived medications, of course. Like Epidiolex, an FDA-approved CBD-based medication for the treatment of rare forms of epilepsy.

You know CBD as the trendy cannabinoid purported to relieve anxiety, pain, cancer symptoms, acne and a slew of other serious and not so serious ailments. All that and it’s not psychoactive.

Yet with federal prohibition on marijuana and a federally-funded agency tasked with providing pot to federally-approved studies on cannabis, there’s been some pretty whack research out there about cannabis and cannabinoids, like a recent CBD study by researchers at the University of Arkansas for Medical Sciences.

To make a long research paper short, this team of scientists force-fed mice CBD, ranging from a “low” dosage of 246 mg/kg up to a shockingly high dosage of 2460 mg/kg.

For reference, the maximum recommended human dosage of Epidiolex is 20 mg/kg.

Within 24 hours, livers ballooned and failed and mice died, leading the researchers to claim that CBD is not nearly so safe as it’s been made out to be.

But some folks are questioning the validity of the research.

“The Little Rock study made no mention of humans, which is a hugely important distinction,” wrote nonprofit group Project CBD in a rebuttal to the University of Arkansas research. “Moreover, in the real world CBD consumers are not ingesting 0.25 percent of their body weight — the maximal dose that [the University of Arkansas team] used in their study of liver toxicity.”

The researchers claim their dosage was based on allometric scaling, which takes into consideration the weight and body mass index of research animals.

Writing for the website Merry Jane, Randy Robinson, a Denver-based writer who studied cannabinoid science while getting a degree in molecular biology, says that with allometric scaling we’d expect to see a dose “somewhere in the range of 0.3 mg/kg” for a mouse.

“The researchers instead dosed the mice on 0, 246, 738, or 2460mg/kg,” Robinson says. “Yeah, you read that correctly: at the higher end, the mice got 120 times the recommended dose for a full-grown human being.

“So, no shit the mice got liver damage and died.”

It’s not news that CBD can wreak havoc on the liver. During the FDA’s public hearing on CBD in late May, plenty of doctors and toxicologists testified that CBD could cause health complications for some people, particularly at high doses. David Bienenstock, writing for the website Leafly, makes a compelling argument about testimony from GW Pharmaceuticals, the company that developed Epidiolex. During testimony, GW representative Alice Mead argued for a “strong regulatory framework.”

“[W]hat that really means is GW Pharmaceuticals wants a regulatory framework for CBD so strong that only they can surmount it,” Bienenstock writes.

“And so here’s the thought experiment,” he continues. “You’re GW Pharmaceuticals, and you’ve invested heavily in both time and money to create a patented CBD drug. Now you’re about to go to market, and want to make a huge return on that investment without having to compete with CBD hamburgers and truck stop snake oil.